Will the increase in atmospheric carbon dioxide lead to larger insects?

From my understanding, the increase in atmospheric carbon dioxide will also increase oxygen levels. That makes me wonder if in the near future insects will grow larger than they are today, since their maximum size is limited by how deeply oxygen is able to diffuse into their body.

There is the supported theory that insects during the Paleozoic period were larger in size because of the increased oxygen content in the air.

The study adds support to the theory that some insects were much larger during the late Paleozoic period because they had a much richer oxygen supply.

The Paleozoic period, about 300 million years ago, was a time of huge and abundant plant life and rather large insects - dragonflies had two-and-a-half-foot wing spans, for example. The air's oxygen content was 35% during this period, compared to the 21% we breathe now, Kaiser said. Researchers have speculated that the higher oxygen concentration allowed insects to grow much bigger.

This article is based on a paper published in the American Physiological Society:

It is because when the oxygen concentration in the atmosphere is high, the insect needs smaller quantities of air to meet its oxygen demands. The tracheal diameter can be narrower and still deliver enough oxygen for a much larger insect, Kaiser concluded. 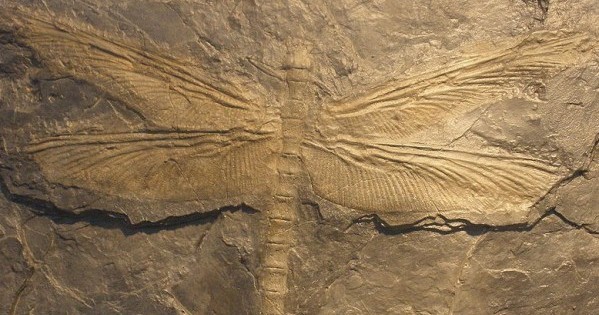 There are similar papers that investigate the relationship between oxygen and maximum potential size, such as this article published in Nature (1999):

The tendency of some animals to be larger at higher latitudes ('polar gigantism') has not been explained, although it has often been attributed to low temperature and metabolism. [...] We have analysed length data for 1,853 species of benthic amphipod crustaceans from 12 sites worldwide, from polar to tropical and marine (continental shelf) to freshwater environments. We find that maximum potential size (MPS) is limited by oxygen availability.

Another paper published in Proceedings further supports this theory:

[...] A variety of recent empirical findings support a link between oxygen and insect size, including: (i) most insects develop smaller body sizes in hypoxia, and some develop and evolve larger sizes in hyperoxia; (ii) insects developmentally and evolutionarily reduce their proportional investment in the tracheal system when living in higher PO2, suggesting that there are significant costs associated with tracheal system structure and function; and (iii) larger insects invest more of their body in the tracheal system, potentially leading to greater effects of a PO2 on larger insects.

The question you propose is very interesting, although I am sure it would take thousands of years for these insects to adapt to this oxygen level change (which in itself, to reach prehistoric levels, would take a long time) and in turn become larger.

This article, based on the original APS paper, seems to think larger insects could appear in the future if the limiting factor (in this case low oxygen levels) is removed.

3
Is there a maximum size for an insect?

4
Do insects respond to the detection of dead insects?
3
Is there a maximum size for an insect?
13
How do insects survive the winter?
4
Will salting the ground kill insects and spiders?
5
Why do mammals produce more carbon dioxide than insects?
4
Small flying insects gathering around the pot flowers
0
Why are bed bugs attracted to Carbon Dioxide?
6
Will modern-day insects grow to massive size in a high-oxygen environment?