Does the oxygen concentration equilibrate between red blood cells in the liver sinusoids?

Reset to default
6
$\begingroup$
Want to improve this post? Add citations from reputable sources by editing the post. Posts with unsourced content may be edited or deleted.

But diffusion as a passive mechanism is not very fast and can take some time. So the only possibility for the second variant (there is a mixture of two types of RBCs) is if the mixture exists for very short time in liver sinusoids, so that the blood leaves them without really mixing completely up.

This is not true, at least in some animal models the blood within the liver seems to reach equilibrium very quickly and its resulting partial pressure can be influenced by adjusting the blood flow from different sources (using vasoactive substances injected directly, as in the referenced paper).

I'm not aware of any studies that investigate the equilibration of oxygen saturation between two individual cells in hepatic sinusoids, but I will answer based on what we know about these issues in the general context. 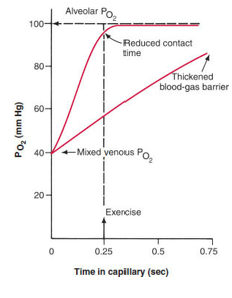 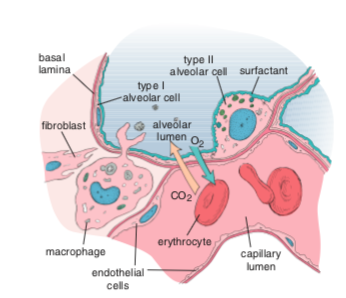 In the liver, oxygen rich blood arrives from the hepatic artery, nutrient rich blood arrives from the portal vein. Blood from these different sources mix directly in the same vessel in the same hepatic sinusoid. There is no alveolar cell, basement membrane, or endothelial cell in the way. Oxygen just has to diffuse across one plasma membrane, in blood, and across another plasma membrane, all in a fluid moving together. 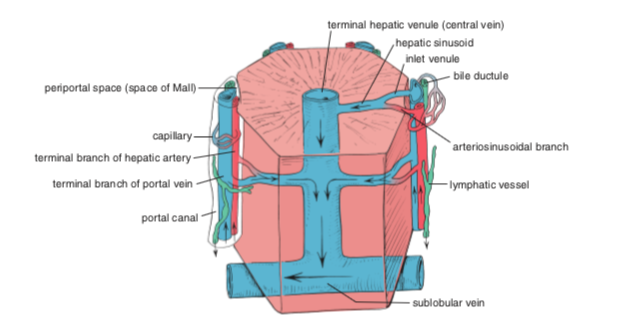 Diffusion of a small molecule like oxygen is quite fast, and RBCs are made for rapid diffusion, even of a large globular protein like hemoglobin.

33
Why do mammalian red blood cells lack a nucleus?
3
Circulation through the liver in light of drug metabolism
9
Presence of MHC on red blood cells
7
Why are red blood cells considered to be cells?
31
Why do we need red blood cells?
2
White blood: cells concentration
1
How much does capillary action contribute to blood flow to the human brain?
2
Why does exhaled air still contain oxygen?