How specific is the adaptive immune response?

I understand that the B cell receptors (and, consequently, the antibodies produced by plasma cells in response to a pathogen) are highly specific. A pathogen will bind specifically to a B cell receptor on a particular B cell and particular antibodies will be produced for that pathogen. Again, T cells are specific for each pathogen.

The adaptive immune response is highly specific and is made to fit a specific antigen. The antigen binding sites are located on the ends of the two short arms of the Y-shaped molecule, as seen in the figure below: 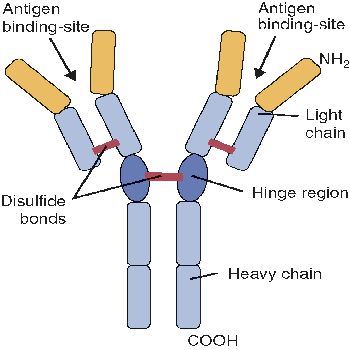 The recognition site is made of the ends of one short immunoglobulin chain and one long chain. The ends (shown in yellow in the figure) are also called variable regions and are the key to the big variety of different antibodies.

When B cells develop, there B cell receptor (which is basically a membrane bound antibody) is tested if it reacts to components from the own organism. If not, they are released into the periphery (blood stream). These B cells are then called naive, since they haven't come in contact with an antigen. They express a B cell receptor which usually only has a weak affinity to an antigen - but the body produces quite a wide variety of these cells. (see the second figure). 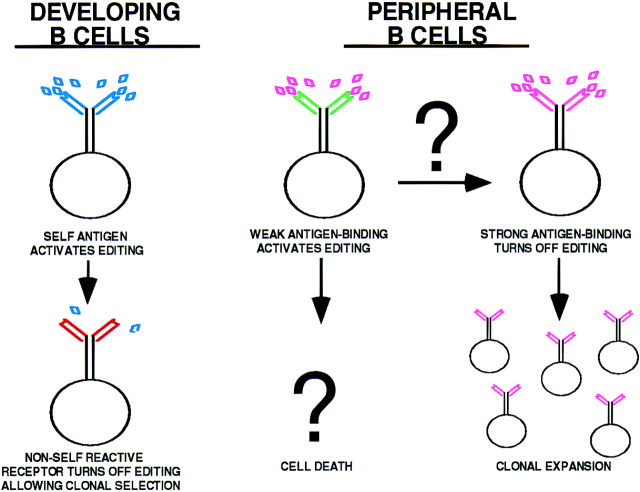 When the body comes in contact with an antigen (like a virus), it is taken up by the so called professional antigen presenting cells (dendritic cells, macrophages, B cells) of the immune system, broken down into small pieces and these are presented to the immune system. This activates the affinity maturation of the B cell receptor, somatic hypermutation and finally the clonal selection of the cells, which produce the antibodies with the highest affinity (the strongest binding) to the antigen.

There are estimates that the human immune system can produce around 10 billion different antibodies. This variability is achieved by the genetic variability of the mutation of the variable region of the antibody (the whole process is nicely explained here).

For further information on this topic I can recommend reading the following articles:

The reaction of the body afterwards is always the same, as you state yourself. The specificity of the adaptive immune response is "only" mediated by the specificity of the antibodies. This also makes the system very strong against new pathogens, since only one part of the system needs to be adapted, while the cascades behind it (like apoptosis) are always the same and can be activated fastly if needed.

This can cause some problems, too. Think about self-antibodies, which occur in autoimmune diseases. Here the body can not distinguish between a legitimate immune response against a foreign antigen and those, which are from the own body.

4
How does the immune system distinguish own and foreign antibodies?
2
Antibody production in secondary immune response
4
Is the complement system a part of innate or adaptive immunity
13
If all B cells are present at birth, why should the primary response to an infection take longer than the secondary response?
3
How to inhibit formation of specific antibodies (to antisera)?
4
B-cell antibody production
0
Serological assays measuring antibody response
3
what if there is a door for which our immune system has no key?
3
Where do the antibodies that trigger the specific immune response come from?
0
How are antibodies specific for a disease detected in the blood if everybody produces a different antibody for the same antigen?