I recently learned about the concept of "affinity" in regards to hemoglobin. For hemoglobin in humans, carbon dioxide has a lower affinity than oxygen, which allows gas exchange to occur in our lungs.

Carbon monoxide is problematic for us because it has an even higher affinity to hemoglobin than oxygen does. This means that our red blood cells will not exchange carbon monoxide for oxygen in our lungs.

My question is: for high-altitude-adapted organisms such as the bar-headed goose, whose hemoglobin has a higher affinity to oxygen than ours does, is carbon monoxide still poisonous?

My question is: for high-altitude-adapted organisms such as the bar-headed goose, whose hemoglobin has a higher affinity to oxygen than ours does, is carbon monoxide still poisonous?

Yes. To put out a few other facts from the Stritch School of Medicine:

What does that mean? Well, that means that when the partial pressure of CO is 1mmHg, you're well and truly dead. So if the bar headed goose could survive in an environment more than 1% CO its hemoglobin would have to bind to molecular oxygen very, very tightly below 1mmHg. If this was true you would expect their binding curve to reach a high % of O2 saturation below a partial pressure of 1mmHg. Does it exhibit that? 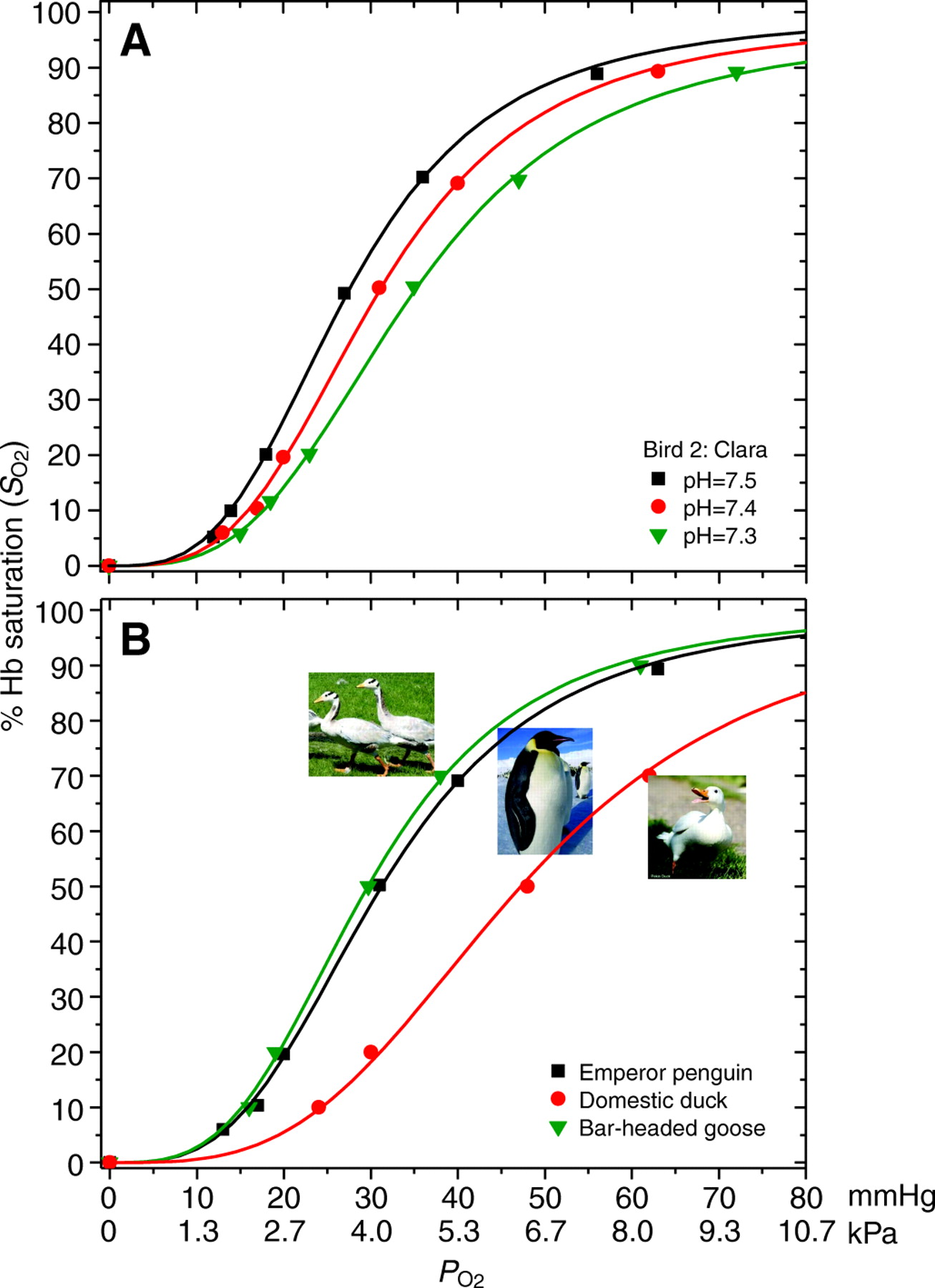 Nope. At 1mmHg (remember, CO has 100% binding at 0.6mmHg) the bar headed goose hemoglobin's saturation is less than 2%. In fact, they're pretty similar to humans:

Is this casual glance conclusive? Well... Not entirely. I couldn't find any carbon monoxide data for the bar headed goose, but to overcome the 250x higher affinity for CO the goose's hemoglobin would have to be very, very different from that of humans while still exhibiting a similar binding curve. I've not received the education to determine if that's possible or how it would occur, but it is a very remote possibility.

Erring on the side of "most likely", however, I think it's safe to say that given a room filled with 1% CO you'd end up eventually killing anything that relied on hemoglobin to move necessary oxygen to tissues.