What is the purpose of back-crossing mice for multiple generations?

Occasionally I will come across articles that refer to back-crossing mice of one strain onto the background other another strain (e.g., C57Bl6). They do not explicitly state the purpose for doing so, but I can infer that the change of strain is to relate their findings to what is already known using the new strain (e.g., C57Bl6). Usually the back-crosses are performed for 5-10 generations. Is this to try to remove (epi)genetic variation from the original strain relative to the new strain, or is it more about normalizing expression of a particular allelic variant (e.g., knocking-in a transgene)?

Depending on the exact goal of the experiment, the researchers may back-cross both to smooth out genetic variation between individuals and to potentially normalize expression of a transgene, although once you get past the chimeric stage gene expression should be fairly stable. In my experience, back-crossing allows you to generate a genetically-altered mouse that differs as little as possible from a (generally well-characterized) parent strain, except at the locus of the genetic manipulation. This way, any differences in phenotype can more easily be explained by the knockout/knockin/transgene/what-have-you, and not by any variations in background genetics.

As an example, C57BL/6 mice, being inbred, have a number of well-known mutations, deficiencies, resistances, etc., and for one reason or another have become one of the most popular and most-characterized mouse strains in biology, so there is a great interest in continuing research using a well-known historical model with so much extant experimental data. These mice are quite different from the 129 strain, which are frequently used to make initial genetically modified strains due to the large number of embryonic stem cell lines available, and other technical reasons which allow for the relatively easy generation of transgenics, etc. However, for various other reasons, 129s aren't used as often in the type of studies that BL/6s are, so it's preferable to create the mutation in a 129, then back-cross it onto a BL/6 background. Both of these strains are quite homogenous from one individual to another (each sibling is practically a twin of the next), but once you start breeding 129s to BL/6s you can generate all sorts of genetic heterogeneity due to random cross-overs and all the other things we like to talk so much about around here when it comes to mutations and meiosis. As anyone who has worked with genetic diseases in humans will readily tell you, it can be extraordinarily difficult to nail down specific genotypes that lead to specific phenotypes when there are so many other confounding factors present. Backcrossing a mutant 5, 10, or even 20 or more generations back onto a reference strain is one of the best ways we have at the moment of controlling for all the genetic variations that are introduced when two inbred "tool" strains are bred together. 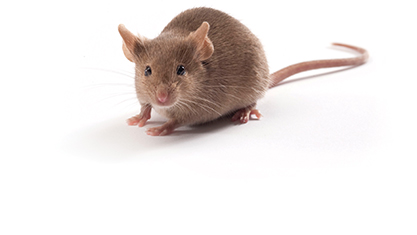 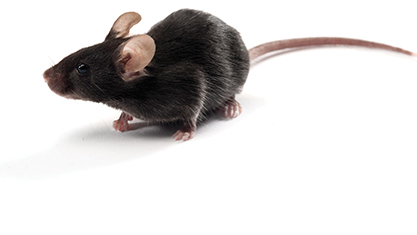 both images from Charles River

10
What are the criteria for determining the influence of epigenetic factors?
4
Productive turnover and generations in the fruit fly
5
Is probability for double crossing over included in distance cM? [task]
2
What is the difference between multiple allelism and polymorphism?
2
Term for timespan between generations
2
Is there any biological basis for the emphasis on the value of the firstborn son?
3
How many generations are required for a specific neutral mutation to reach fixation?