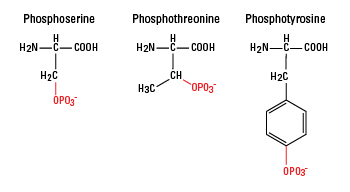 6
Question about cell signaling pathways (RTK, Jak-Stat, SMAD, etc)
5
Explanation of the terms “downstream signaling” and “upstream signaling”
4
Amino acid profile of GPCRs
4
Signaling through G protein Coupled Receptors?
2
Meaning of “auto” in trans autophosphorylation?
1
Can a protein kinase phosphorylate both a threonine and tyrosine residue?
0
Signaling pathways with Receptor Tyrosine Kinase clarification
6
Signaling between Organelles
2
Is there a reason for the lack of full RTK structures?