does order of genes in a chromosome matter?

does the order of genes within a chromosome matter? or is the main thing that the genes are there.

so for example, our DNA is very similar to that of apes not only by the genes themselves but also by the arrangement of those genes in the chromosomes.

is the order of this arrangement significant? Or if it were shuffled around, then the functional impact would be more or less the same?

The chances are infinitesimal that human chr 2 were to resemble those of other primates at random. This is what you say in science when you mean 'impossible'. One simply doesn't see a segment of DNA the size of Chr 2A and 2B being so similar for such a length when we look at rats, dogs, worms or any more distantly related living thing.

You are talking about two different things. Gene expression is often controlled by nearby DNA sequences that don't code for protein. Moving a gene away from the DNA that controls it can change its expression a lot, and have huge consequences on the organism. But in many cases, you can move a whole gene, including its controlling sequences, to another place, and nothing much will happen.

People were bringing up synteny as evidence of evolutionary relatedness, not as the cause for all primates looking similar.

Ye, the order matters. This can be seen in chromosomal translocations which can cause cancer. A example for that would be the translocation of IRF4 which happens in a subtype of multiple myeloma. The translocation is permanently activating the transcription factor. See here for details: 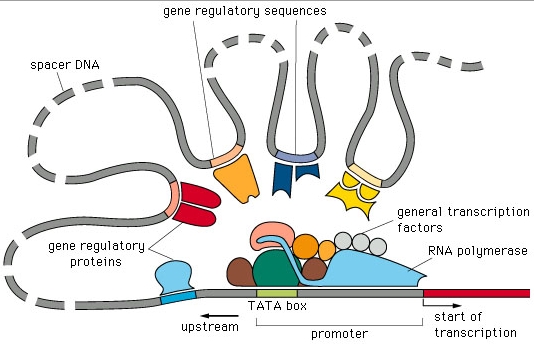 Regarding the mouse question: On which chromosome a gene is located is not really important if you compare different species. The gene I worked on for a while is functionally equivalent between mouse and human (the human version works perfectly in mouse), but they are located on different chromosomes. It again comes down to different regulation and in some cases also a different amino acid sequence. Also mice (as other animals as well) have quite a number of genes which are unique for them and which make a difference between the two species. There are a few interesting papers on that topic:

3
How does chromosome cross-over occur?
4
If a gene is located on the X chromosome, does that mean males are never heterozygous for these genes?
1
When does a chromatid become a chromosome?
0
Why does meiotic recombination disrupt the independent assortment of genes on the same chromosome?
11
Why does human chromosome 19 have the second highest number of protein-coding genes?
1
Why must gene entrapping constructs be integrated into introns and not exons?
2
Why does chromosome inversion happen?