Is there some genetic variance underlying music appreciation?

Is there any research done on the genetic variance for Music appreciation?

If not, why is there no genetic variance for this trait? 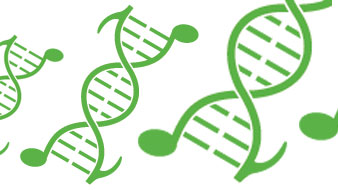 In summary, CNVs and genes found in this study are related to cognitive functions. Our result suggests new candidate genes for music perception related traits and supports the previous results from AP study.

[2] Musical Aptitude Is Associated with AVPR1A-Haplotypes

Not the answer you're looking for? Browse other questions tagged genetics human-genetics or ask your own question.

4
Do genes play a role in the athleticism and shape of a person?
1
Will I grow taller? How can i tell?

15
Do men have a higher genetic variance than women?
0
How are the dominance and additive effects reflected in the mean and variance of the offsprings of two individuals with known phenotype?
4
Is the variance of a trait related to its rate of evolution?
0
genetic variance
5
How can I verify my true genetic relationship with my close relatives with simple physical traits?
0
How does it make sense to speak of heritability of qualitative traits?