How to operate a microtome? 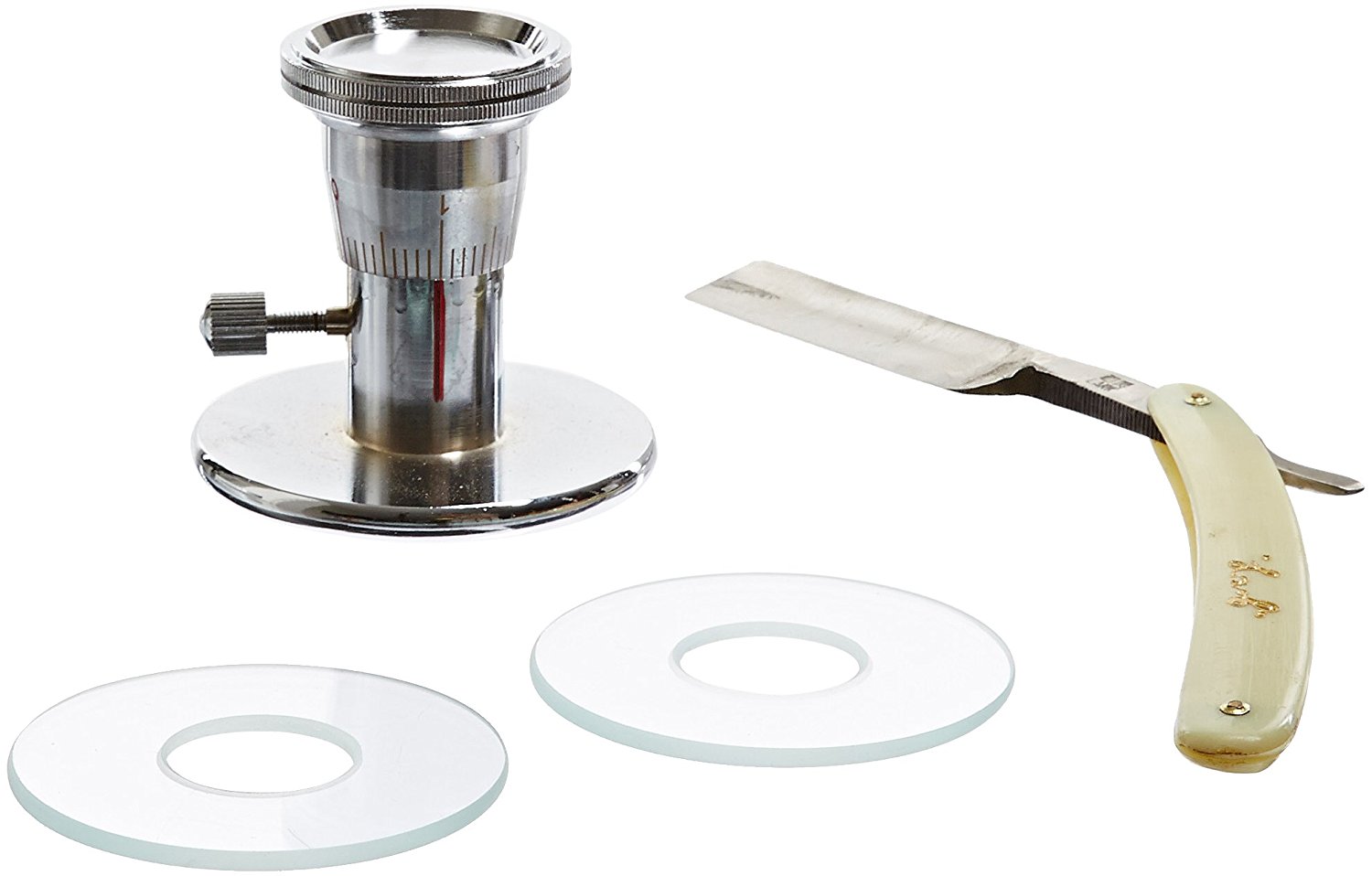 In the picture above (Source: Amazon.com, United Scientific MCT001 Hand Microtome) we can see a microtome. How is it operated?

The imnstrument is shown here upside down. If it is turned around, it looks like this: 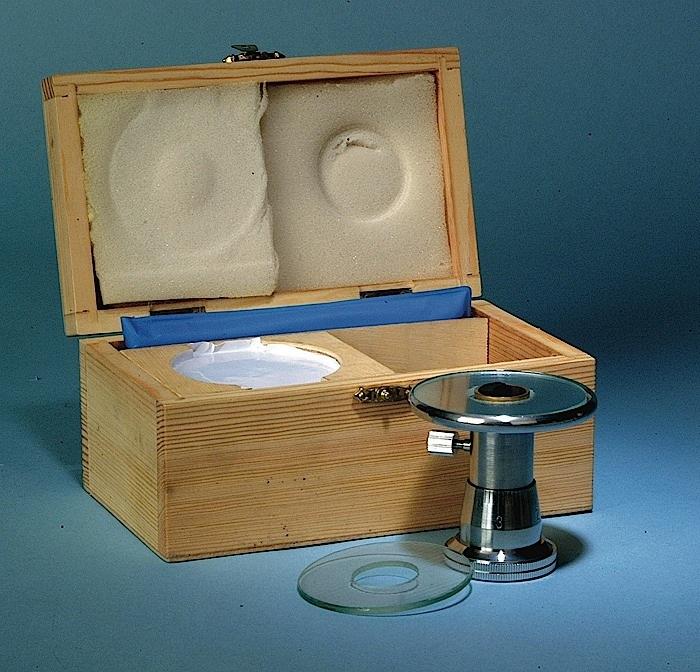 The glass disc are placed around the middle tube. The operation principle can be seen in this image:

The specimen is placed in the tube in the middle and pushed out by turning the knob at the bottom. The minimal increment for this kind of microtome is 10 micrometers. The razor knife is used to cut the slices of the specimen. An operation manual can be found here.

Also, are these still used in everyday biological research? Teached for students?

It's a hand microtome allright. As Chris explained, these are used to section thin slices of plant tissue, to be examined using a transmitted light microscope. They're still availlable from several sources, for example from Euromex in The Netherlands. I still have one of those, but it's years ago I used it: 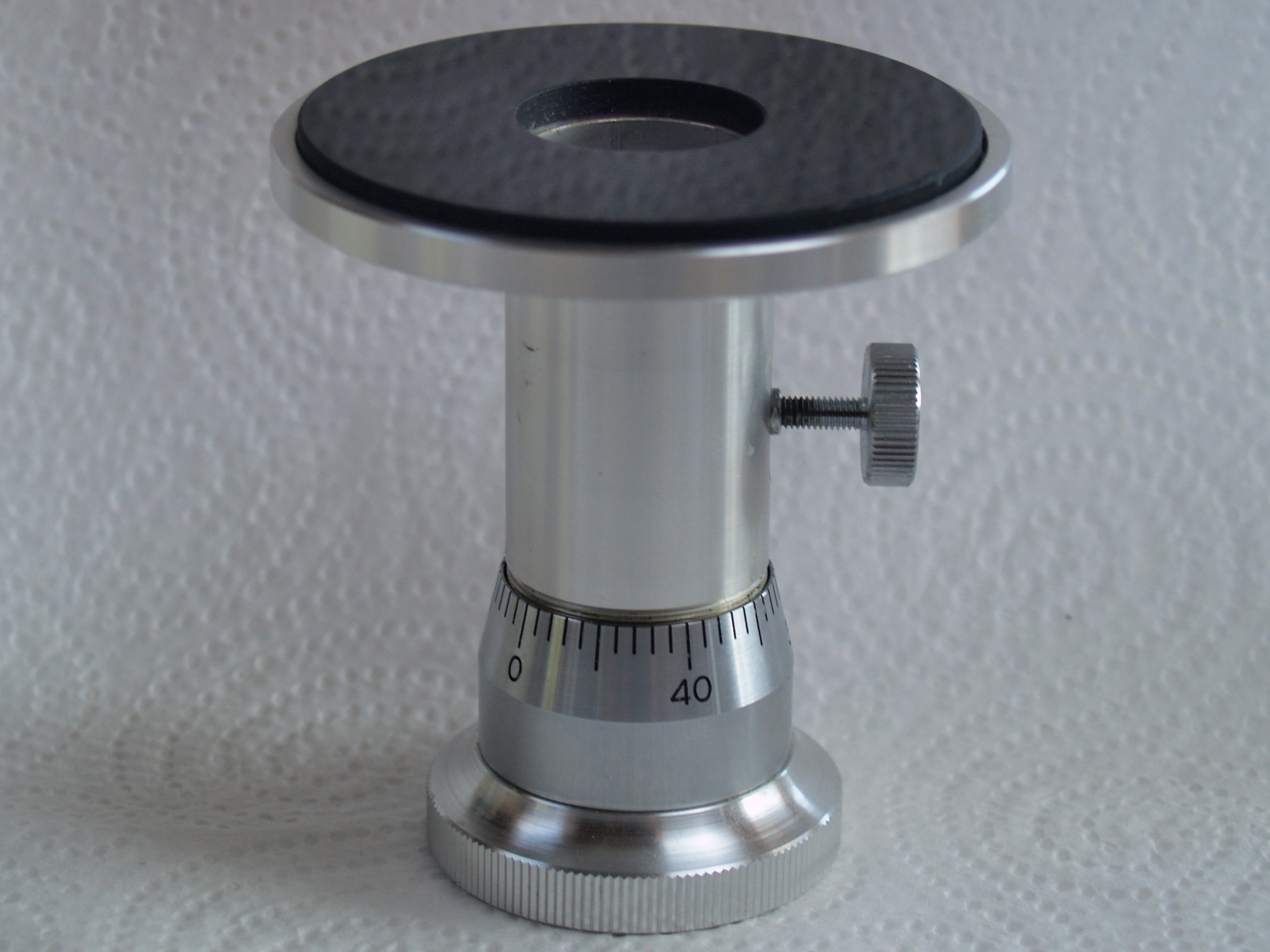 Those are hardly used anymore in research, but they are still being used by amateur biologists/botanists/microscopists.

The only uses I can imagine in research would be to use it to section a sample to see whether or not it is interesting enough to be processed and sectioned using more contemporary techniques, such as paraffin embedding followed by rotary-/sledge-/base sledge microtomy. Or perhaps in the study of life processes.

Depending on the skills of the operator (including his skills to sharpen/strop his knives!) and the nature of the sample, slices as thin as 20 µm can be sectioned, using a hand microtome.

That's often thin enough to make for a more or less acceptable botanical slide, temporary or permanent, but as kind of a norm, "regular" paraffin botanical/histological/histopathological/... sections for light microscopy are sectioned these days at any thickness between 2 - 10 µm.

That's not possible with this type of microtome.

The impossibility to section samples at a thickness thin enough to make for really clear microscopic images has burdened scientists for ages.

It wasn't untill 1883 that an American mechanic, Adam Pfeiffer, came up with a usable machine to make that happen. Pfeiffer worked further on the idea provided by two others, Cowles and Richards, who made a first prototype in 1879.

In 1886, Charles Minot, an American as well, came up with the first really usable rotary microtome.

That "Minot-microtome" is up to the present day, the workhorse in the botanical, histological and histopathological lab.

It's an interesting story, but the rotary microtome is based on a fundamentally different concept, compared to a hand microtome.

The real offspring of the hand microtome is the (base) sledge microtome, as it mimics more or less the movements of an operator using a hand microtome. But without all those impossible to controll variables.

This is a base sledge microtome, I finished restoring only a few weeks ago. It's the legendary Jung Heidelberg Tetrander II. The Tetrander was put on the market in 1910 and some of those are still in use. They're used to section large and hard samples (hard wood, bone, teeth, ...), which can't be sectioned using a rotary microtome.

This one (it is operational) is capable of sectioning samples as large as about 5cm * 7cm (ca. 2in * 3in), section thickness adjustable between 1 and 50 µm.

Larger, motorized models are capable of sectioning things as hard as a concrete bloc, having the size of a modest tree. And that's no exageration... 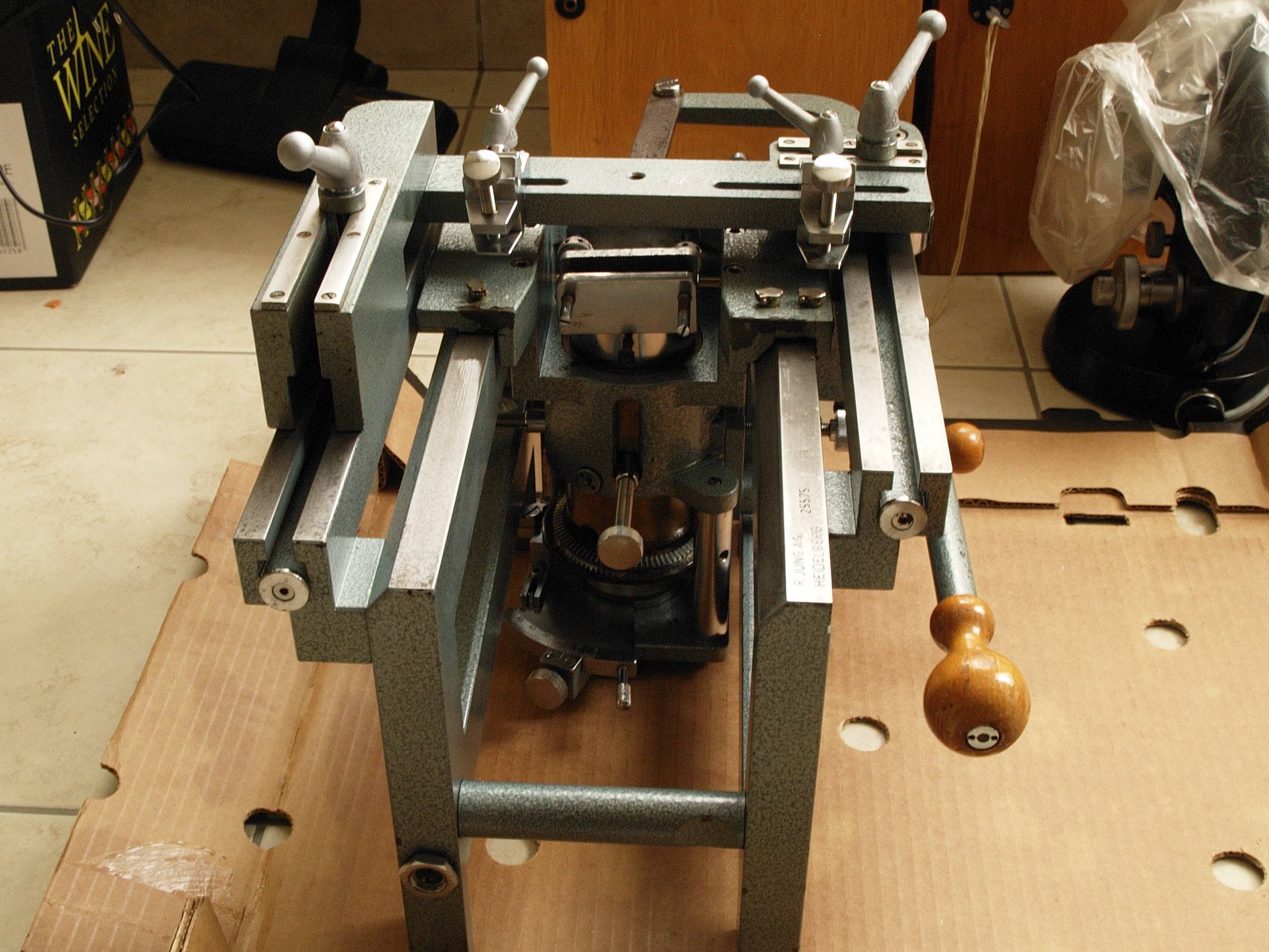 Not the answer you're looking for? Browse other questions tagged microscopy or ask your own question.

3
How are new staining protocols designed for microscopy?
6
Is it true that viruses cannot be seen with phase-contrast microscopy?
4
How to visualize the ECM?
1
Calibrating Motic Camera to Stage Micrometer
2
How to prevent blobs under the microscope?