what would be the scientific name of this variety of dove

recently i came across a small dove who had its feathers tied by a rubber band so that it $would'nt$ fly. it looks some what like this 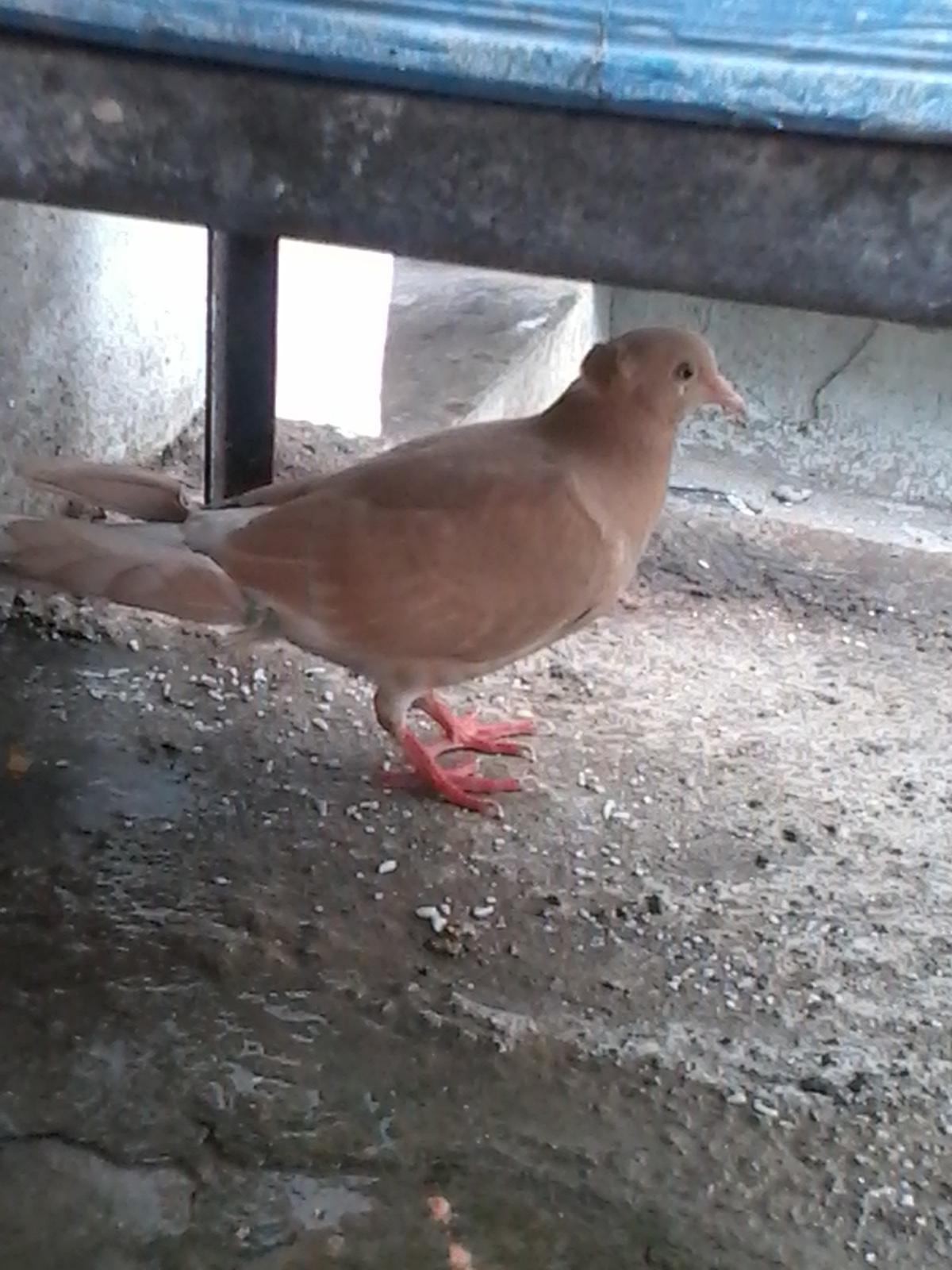 i was stunned by seeing it as i have never seen a dove in brown colour. and after staring it for some time i noticed that it's feathers or hairs near the neck region were made into a cluster that makes it look like $spike$ $hair$ $style$

so in short what would be the scientific name of this dove ??

It's a rock pigeons (Columba livia).

The Color coding of Pigeon

There are three genes responsible for pigmentation in pigeons.

– Mutation of the Slc45a2 gene decreases the intensity of colors determined by Tyrp1, Sox10 and their mutants. Depending on the version of the Tyrp1 gene – blue-black, ash-red, and brown − pigeons harboring the mutant Slc45a2 gene still display the same colors, but in watered-down or diluted versions, less intense than those with normal Slc45a2. For example, a pigeon with both the ash-red version of Tyrp1 and the mutant Slc45a2 gene has ash-yellow feathers. Pigeons with Sox10 and Slc45a2 mutations are yellow, which is the dilute form of red.