What would be the scientific name of this worm

I saw this pic while crawling online and it was a bit different for me to predict which worm is this. 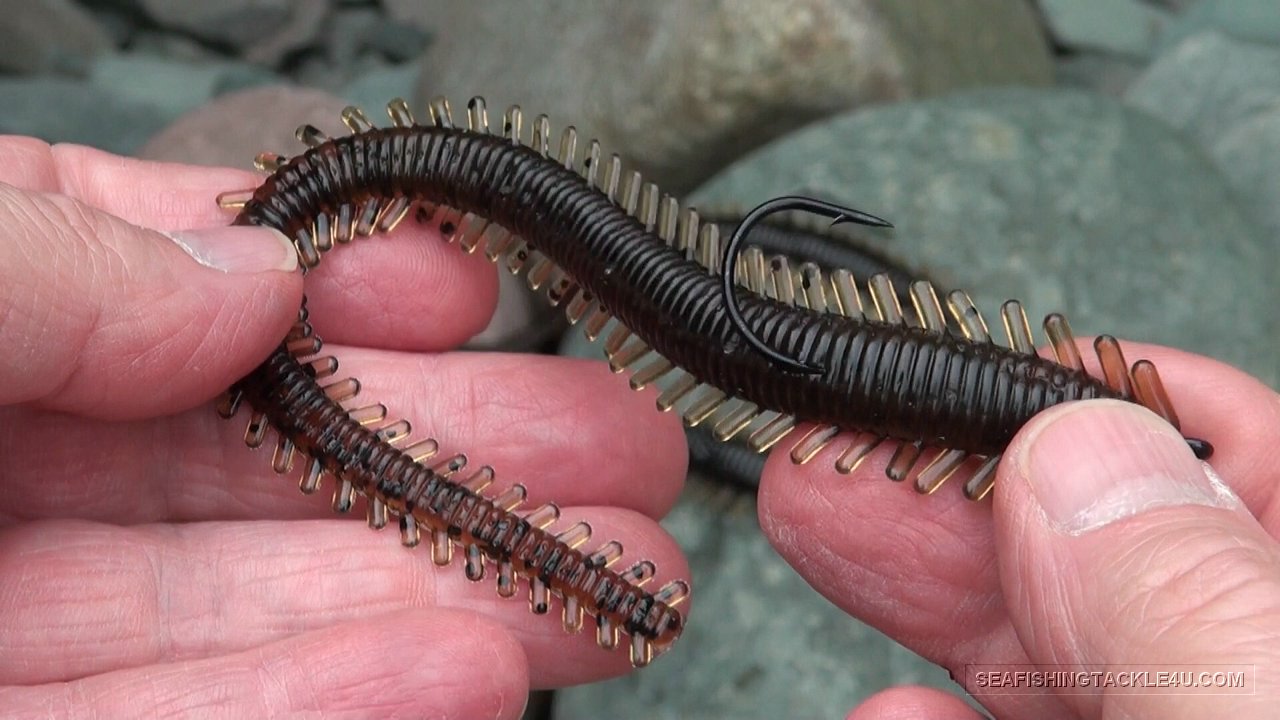 It appears somewhat different form other annelids as parapodia or setae are somewhat transparent and very attractive too.

What worm is this?

If you would have read the text from the source of that image (which by the way you didn't mention, I did a Google Image search and edited your question to include it), you would have known that what is seen in the picture is not a living thing, it is a latex fishing lure:

As Cornelius correctly pointed out, it's not a living worm :)

As to the question, what kind of worm they tried to imitate, I'd say, they had a nereid (errant, i.e. wandering) in mind and were likely inspired by the segmentation of Arenicola (sedentary), which together created this appearance, unrealistic for an errant polychaete: with the body segments outnumbering parapodia.

They also paid no attention to the head (a very important body part in polychaete systematics!), which seems to be absent. This feature could also be "inherited" from Arenicola, the head end of which is not prominent and bears no appendages.