I understand that evolution occurred to form the current hominids from a common ancestor millions of years ago. As evolutionary processes take a long time, is there proof of evolution occurring with humans today?

Yes, there are examples. First: If you want to say, that humans and monkeys evolved, than it is better to say that they evolved from a common ancestor. This makes quite a difference.

If you are looking for examples of human evolution then one of the most obvious traits under evolutionary selection is pigmentation. There is a clear correlation with lattitude (and this UV-index): 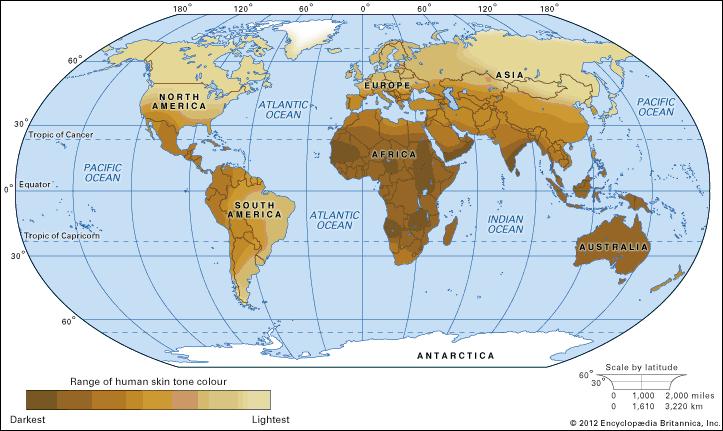 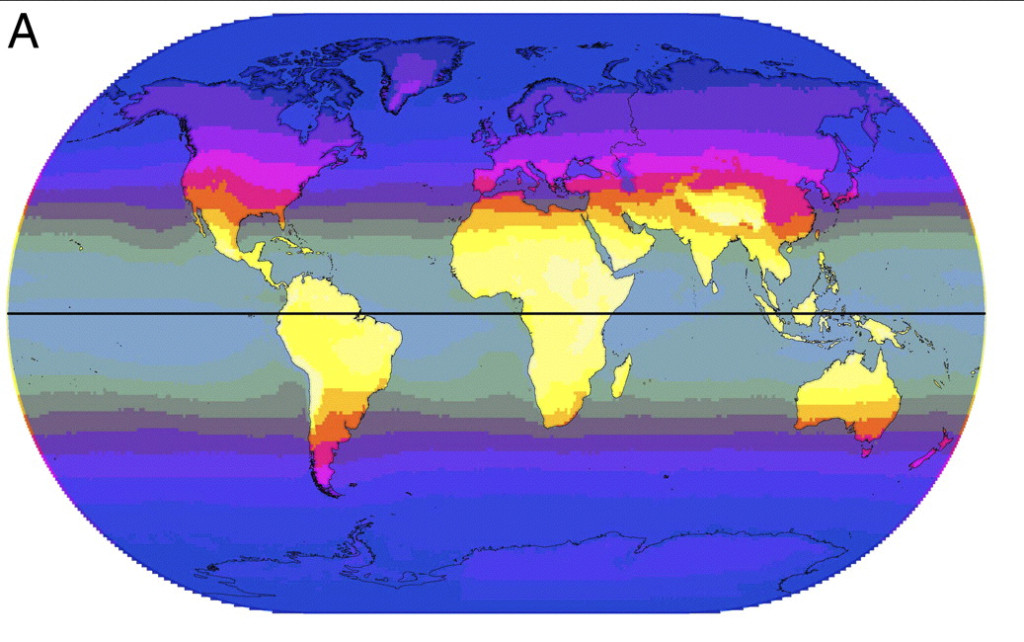 The changes in pigmentation occured - seen from a evolutionary perspective - pretty recent when humans moved out of africa and to other regions (see here). See these papers for more details:

Other examples would be the tolerance for lactose (the sugar contained in the milk) in adults which arose during the last 5-10.000 years. Normally only babies can process these sugar which is contained in large amounts in the mothers milk. When they are weaned, usually the enzyme is not expressed anymore. However with the settling of the humans and the domestication of cattle this changed, so we can still drink milk and eat milk products without producing intestinal problems. See here for more details:

A third example would be the sickle-cell anemia, which happens due to a point mutation in the human hemoglobin protein. This causes an aggregation of the hemoglobin molecules in the red blood cells which then leads to a reduced elasticity (see here for more details). It also leads to a protection against malaria (most likely by the reduction of the life span of the erythrocytes). The areas with high prevalence of the sickel cell anemia in africa correlate pretty nicely with the distribution of malaria.

If you look further, you will find a number of different examples, where evolution is present after humans went through a genetic bottleneck (meaning the number of humans was drastically reduced).

Lactase persistance is evidence of recent and ongoing natural selection in humans.

Mammalian young produce lactase, an enzyme needed to break down the lactose sugar in the mother's milk. The young quit producing lactase after they are weaned because they no longer drink milk. Most humans (roughly 70%) also quit producing lactase when they are young. Without lactase, the adults can't break down the lactose sugars if they consume milk. The lactose builds up in the gut, which supports large populations of bacteria that cause gas and indigestion. This is lactose intolerance.

The remaining humans (about 30%) continue to produce lactase into adulthood. They can digest the lactose milk sugar so they do not suffer lactose intolerance. The persistence of the lactase enzyme in adults is associated with the human domestication of cattle. A study by Todd Bersaglieri and colleagues (2004) showed that a mutation that allowed for continued lactase production spread rapidly by natural selection through populations in north European-derived people between 5000-10,000 years ago.

Interestingly, a separate study by by Sarah Tishkoff and her colleages (2007) identified a different mutation that also allowed for continued lactase production spread quickly by natural selection through populations in east central Africa during the past 7000 years.

Together these studies show how natural selection can act very quickly in humans. Two different mutations occurred in two different populations of humans. Both mutations, however, gave the same selective advantage of lactase persistance in developing agriculturally-based societies.

0
Are humans evolving since their first appearance?
-1
Does technological developments terminate the evolution of human species?
0
Has human evolution currently stopped?
0
Is natural selection still at work in humans in the 21st century?
4
Has a beneficial mutation ever been documented?
8
Why do humans grow taller than their ancestors?
5
Is there evolution in humans since the first homo sapiens sapiens
3
Have humans finished evolving?
3
Why don't we keep evolving until we are super-human?
1
DNA from Egyptian Mummies Evolution vs Human of Today
See more linked questions

4
Since Darwinian times, has there been any striking/notable effects of evolution on humans?
3
Is there a timeline for the frequency of evolution of any species?
6
Why do most animals never seem to evolve over millenia?
7
Has it been enough time for evolution through simple natural selection?
7
Extinction of species
3
Rationale behind Most Recent Common Ancestor (MRCA)?