Is this a plant or a fungus? 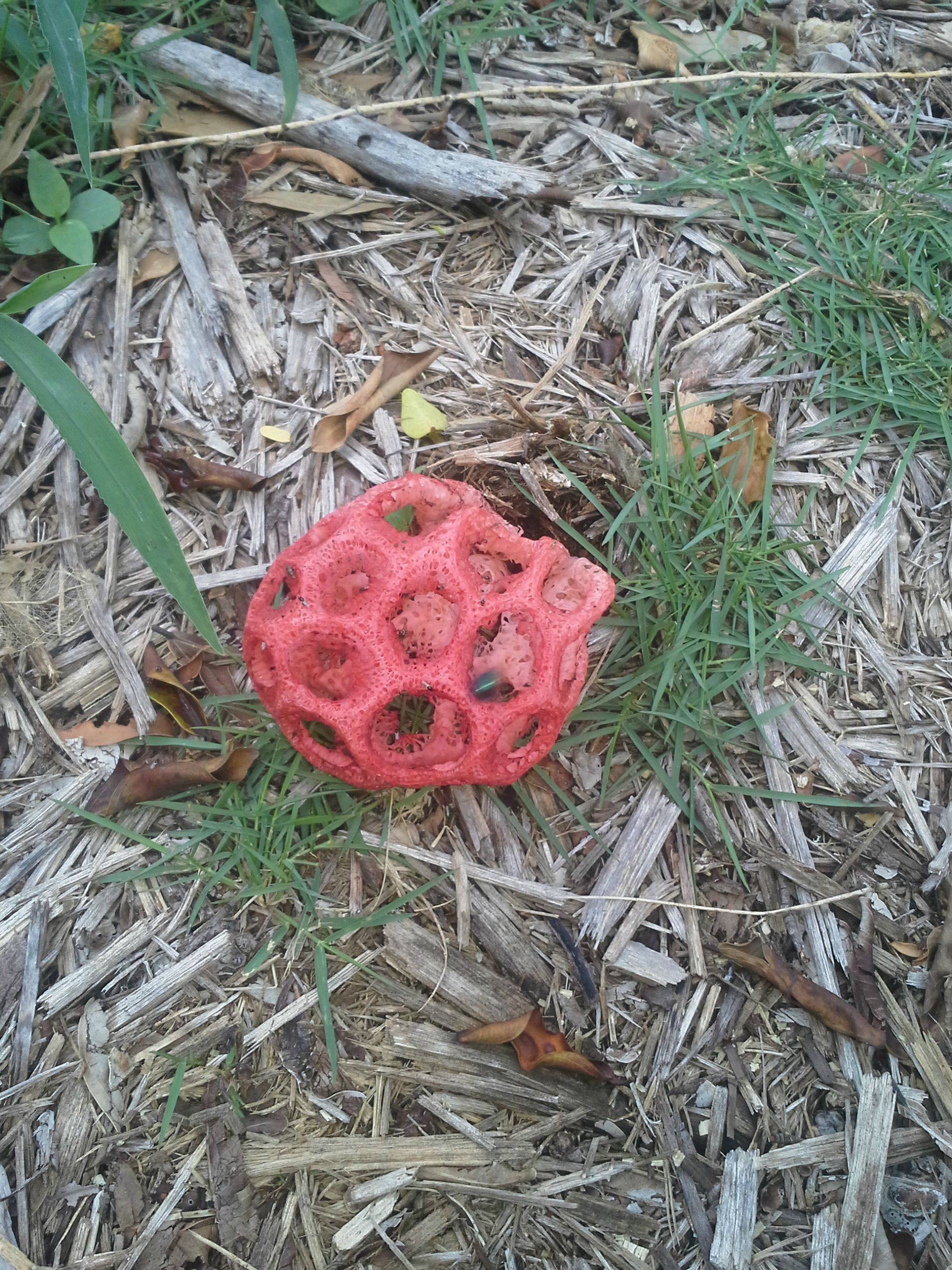 It was soft and covered in flies. My guess is fungi.

Clathrus ruber, Red Cage (older name Latticework Fungus). A striking and unusual fungus, which can occur all the year round, although reaching a peak in October. This fungus is southern in origin, and only reaches the south west corners of mainland Britain, but is quite common in the Channel Islands. I feel it will become more common as the use of wood-chip as a mulch persists, as it loves to colonise this habitat. The organism is first seen as a dirty white "egg" which appears half buried in the soil, and can be nearly the size of a tennis ball. Just before it cracks open hexagonal lines can be seen along which the skin splits. The bright orange net-like spherical body emerges, and the inside of this is lined with a slimy dark brown substance called gleba. This has a most revolting smell, which will attract flies. When the flies remove this layer they take the spores with them to spread the fungus. It can be found in gardens, parks, hotel grounds etc. as well as banks of shady lanes.

3
What type of mushroom/fungus is this?
2
Can someone identify this species from the pea family?
2
What species is this lizard?
5
What is this dark brown organism growing on a door frame?
5
Is this bear excreta on trees?