(How) can a pink grasshopper exist? 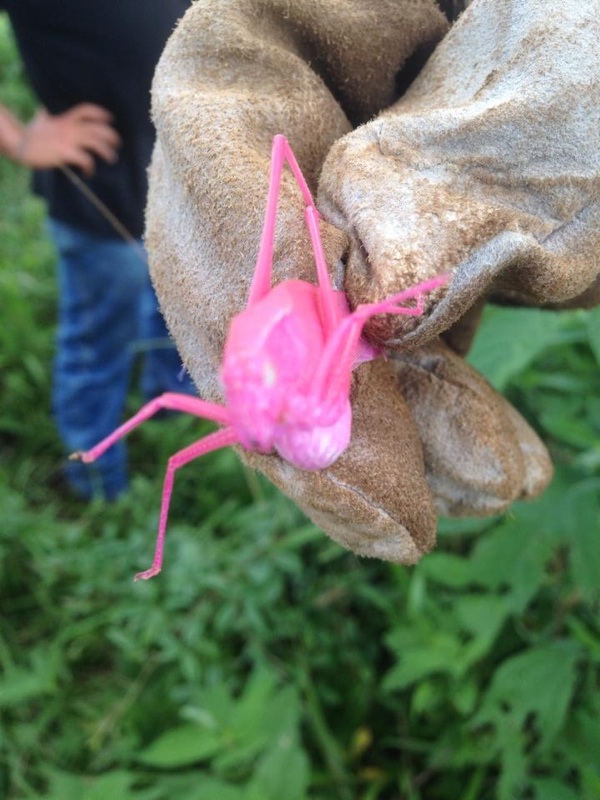 Is this possible? How can a grasshopper become like this? Is this just natural genetic mutation?

Pink individuals of the katydid species Amblycorypha oblongifolia are a relatively uncommon but natural phenomenon with a long history of research.

It looks from popular press accounts (Science Friday, Scientific American) that the pink coloration may be caused by a dominant allele, and is only rare because of a high selection pressure against pink individuals (i.e. they're much less good at hiding among leaves, and are eaten before they can reproduce). 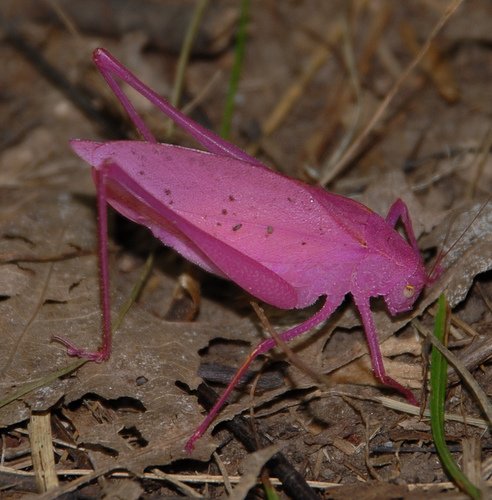 In response to Oreotrephes answer I see fit to point that the selective pressure against an insect being pink and a manual being pink is quite different but could also be the same.

Take our species for example: the first humans were dark skinned thought to be as a genetic advantage to our then dark forrest and tree land environment. As we evolved into a plethora of colors each equally evolved but separately specialised (to the same basic tasks) under the pressure of different environments some of us became lighter skinned and lost some of our protection from the sun. Pinkness in caucasians is common but its a genetic disadvantage due to the introduction of an extremely greater probability of Melanoma. Those with darker skin sometimes can develop Melanoma but its rare. It is thought we evolved light skin as a way of knowing we needed greater amounts of D3 in diet due to low UV environments. The same also with blue eyes the eye equivalent of whiteness (melatonin depletion).

If its evolution was simular to ours then I would suspect that your little pink insect needed a key vitamin in its diet but thats just a guess.

Not the answer you're looking for? Browse other questions tagged genetics entomology mutations or ask your own question.