I understand that the human body when performing Fatty Acid Synthesis can synthesize only until C16 (palmitate). However the ER has desaturases and elongases. I know that desaturases are used to add double bonds, but do humans have elongases to add even more Carbons to a double bond? If so, then this would mean that the human body can synthesize fats longer than C16?

The diagrams presented show how fatty acids are synthesized in microorganisms and list the enzymes found in Escherichia coli. These reactions are performed by fatty acid synthase II (FASII), which in general contain multiple enzymes that act as one complex. FASII is present in prokaryotes, plants, fungi, and parasites, as well as in mitochondria.

In animals, as well as some fungi such as yeast, these same reactions occur on fatty acid synthase I (FASI), a large dimeric protein that has all of the enzymatic activities required to create a fatty acid. FASI is less efficient than FASII; however, it allows for the formation of more molecules, including "medium-chain" fatty acids via early chain termination.

Once a 16:0 carbon fatty acid has been formed, it can undergo a number of modifications, resulting in desaturation and/or elongation. Elongation, starting with stearate (18:0), is performed mainly in the ER by several membrane-bound enzymes. The enzymatic steps involved in the elongation process are principally the same as those carried out by FAS, but the four principal successive steps of the elongation are performed by individual proteins, which may be physically associated. 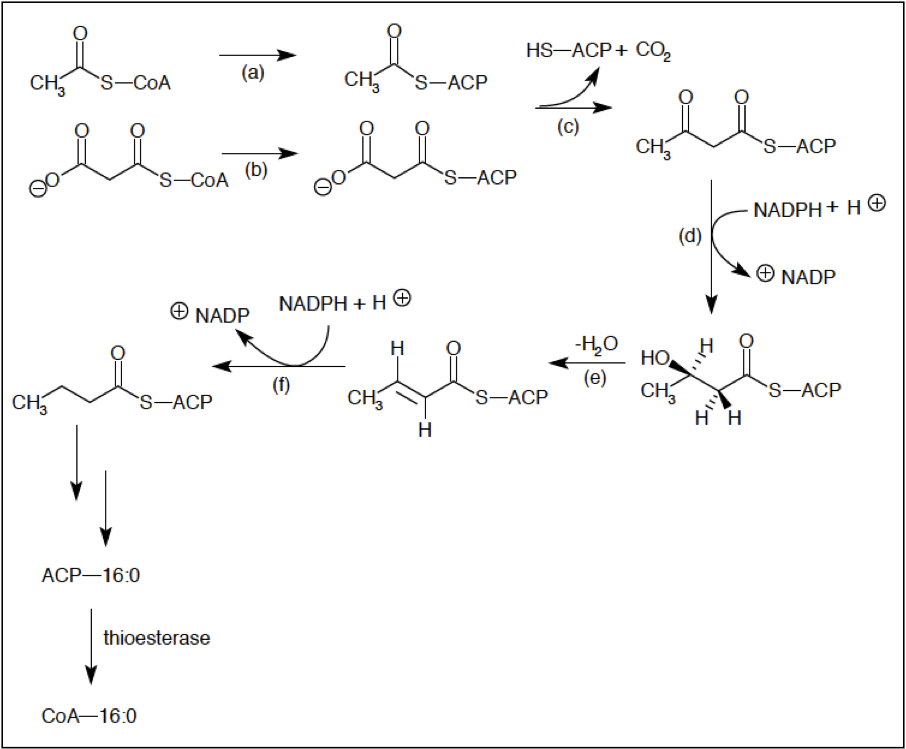 Another article from NCBI states:

Primers for several mouse, rat, and human elongases have been reported elsewhere.

...and cites here for this:

Fatty acid biosynthesis from acetyl-CoA takes place primarily in the liver, adipose tissue, and mammary glands of higher animals. Successive reduction and dehydration reactions yield saturated fatty acids up to a 16-carbon chain length. Stearic acid is synthesized by the condensation of palmitoyl-CoA and acetyl-CoA in the mitochondria, and oleic acid is formed via a mono-oxygenase system in the endoplasmic reticulum.

Now, would it be feasible or not to synthesize unsaturated fatty acids is a matter of debate. Maybe this could be helpful in this matter.

5
Why our body does not produce polyunsaturated fatty acids?

5
Why our body does not produce polyunsaturated fatty acids?
3
Fatty Acid Synthesis
4
naturally occuring fatty acids
3
Are fatty acids and glycerol lipids?
3
Can bacteria metabolize fatty acids for fuel?
9
Is palmitic acid really that dangerous?
2
Why are fatty acids consisting of even number of carbons predominant?