Identification of this insect

These insects lived inside the wood of my bed in little round holes. They bite, lеаving very itchy red marks. And when crushed stink really bad. In the picture the lines are notebook lines for size comparison. I live in Eastern Europe, so I don't think they are fire ants, if they are ants at all. Any suggestions would be appreciated! 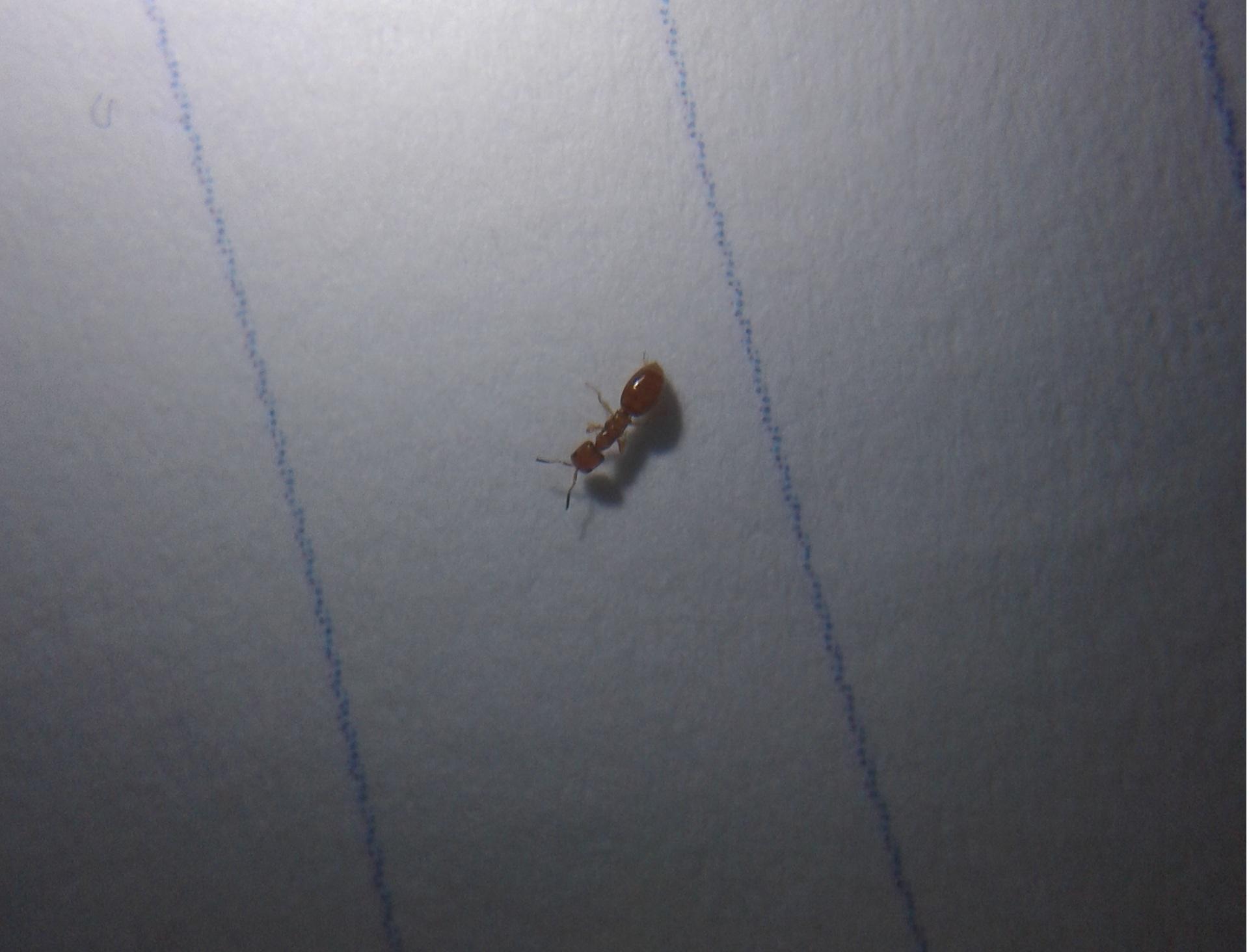 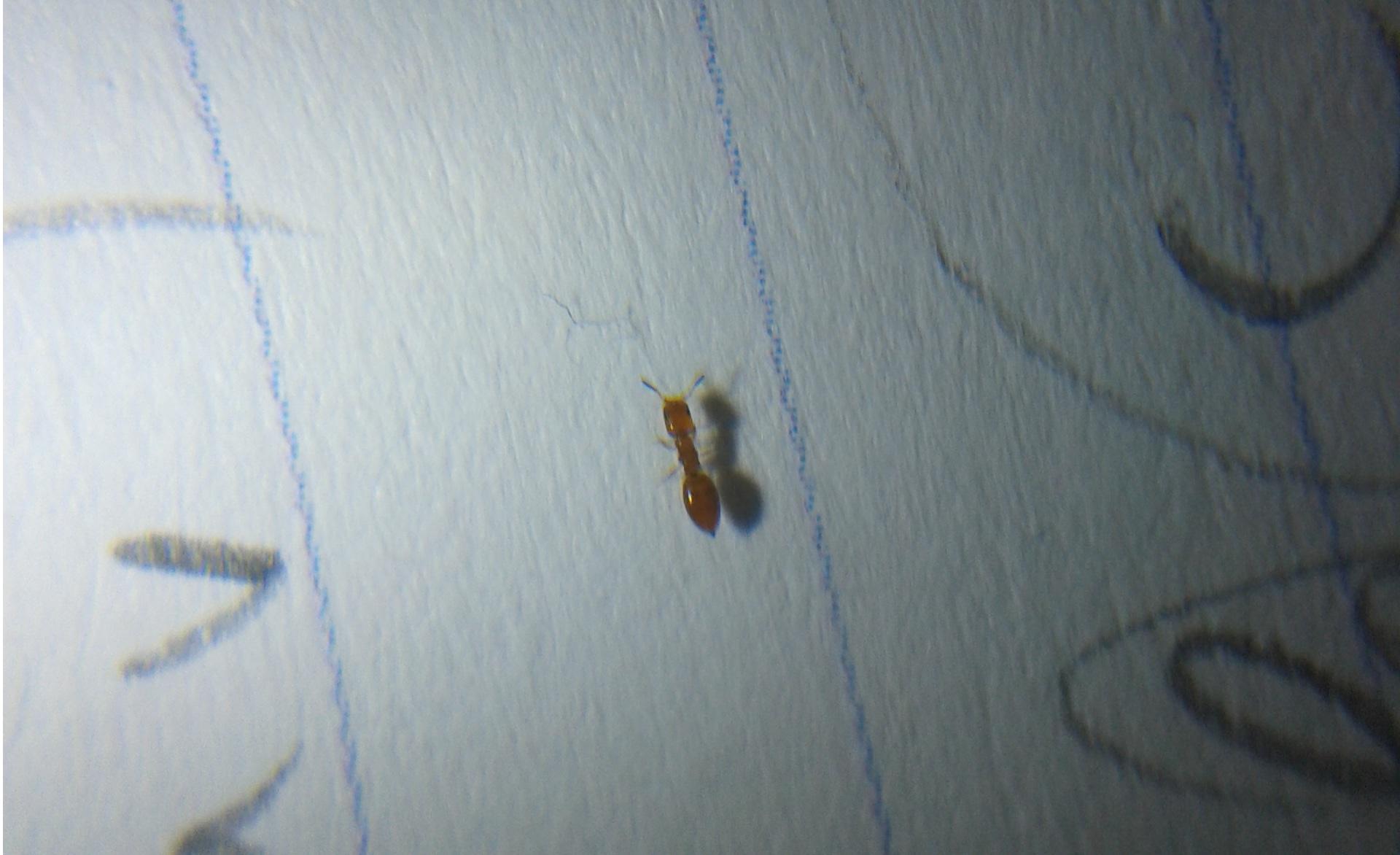 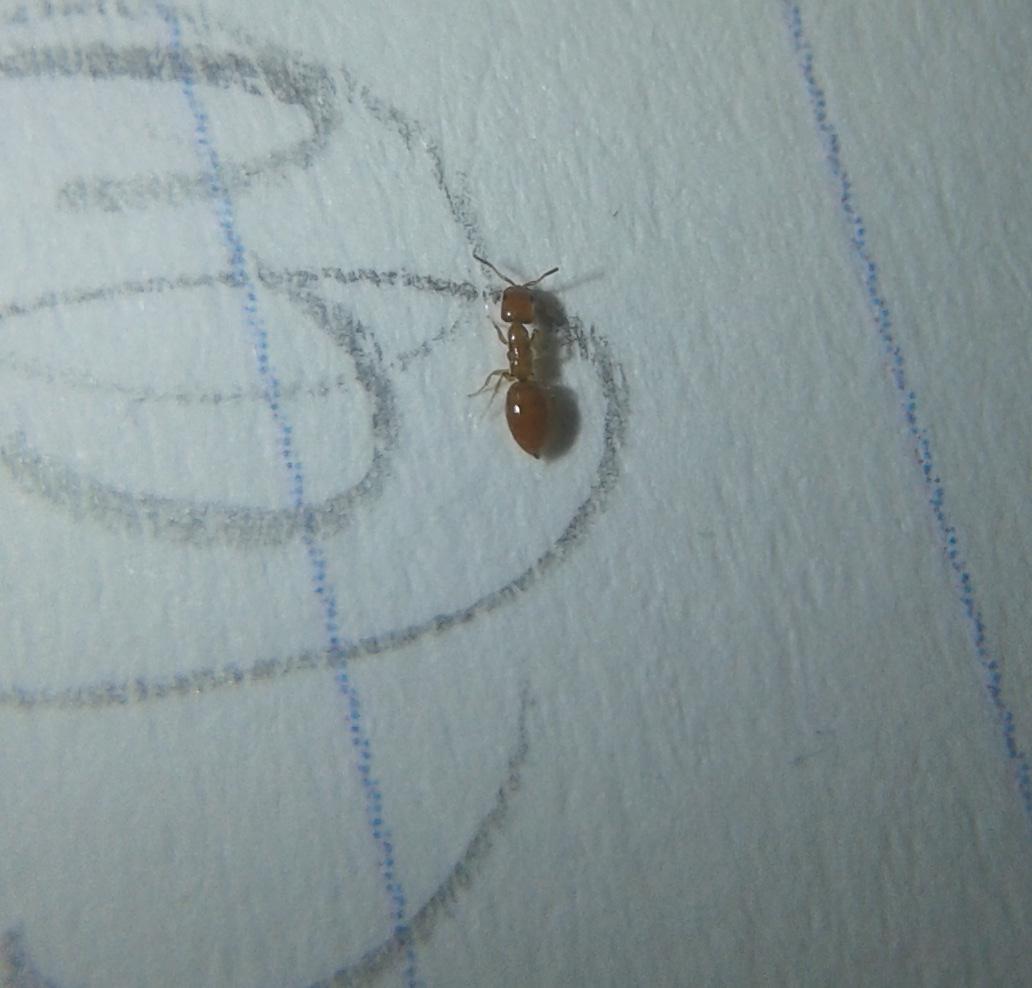 This looks like an ant, but I cannot say which species. Their small size, colour, bite and being found indoors made me think of Pharaoh ants (Monomorium pharaonis), but I haven't heard that they smell bad. Ghost ants (Tapinoma melanocephalum) are rather similar and have a foul smell when crushed, and have been found indoors in Europe. They usually have a dark head/thorax and lighter abdomen though. They can also be separated from Pharaoh ants by having a one segmented petiole (the Pharaoh ant has two). A closely related species to the Ghost ant is Tapinoma sessile, which also smells but has a uniform colour (usually darker than your specimen though, see picture at bugguide.net). The petiole not being clearly seen in your specimen points towards the two latter species, or other species with a short/hidden petiole (see hidden petiole at antkey.org). However, these are only a couple of suggestions, and there are probably many other possible species.

Termites have larger mandibles (jaws) relative to their size, and no distinct narrow division between thorax and abdomen (your specimen does). Your animal also has eyes (termites don't) and I think you can spot a long first antenna segment, which ants have (hard to see in the picture though).

I can't tell you the species but it appears to be a termite. The Australian Museum explains some of the differences between termites and ants. Termites have straight antennae. Ants have bent antennae with a distinct elbow. Your insect has straight antennae without an elbow. Termites have a broad waist. Ants have a very narrow waist. Your insect appears to have a broader waist. You also find more at The University of Florida. I'm not an entomologist and I do not live in Eastern Europe so consider my answer with a degree of caution. If you have a pest control company nearby, you can take the specimen to them for verification, in case it is a termite species capable of home damage.