Is this a grackle with an unusually long decurved bill (Phoenix AZ, USA)

Can someone help me identify this bird (sorry only had the iphone)? It looks like a grackle, but the bill is much longer than any I have seen. The bill looks like a Le Conte's thrasher, but it was all black. It looked pretty ratty because he was molting. It was definitely black, and in an area with lots of grackles.

The pictures don't do it justice, it was a really long bill. The pictures were taken in Phoenix, Arizona, US on Greenway bike path near Thomas Rd on 7 Sept 2014. 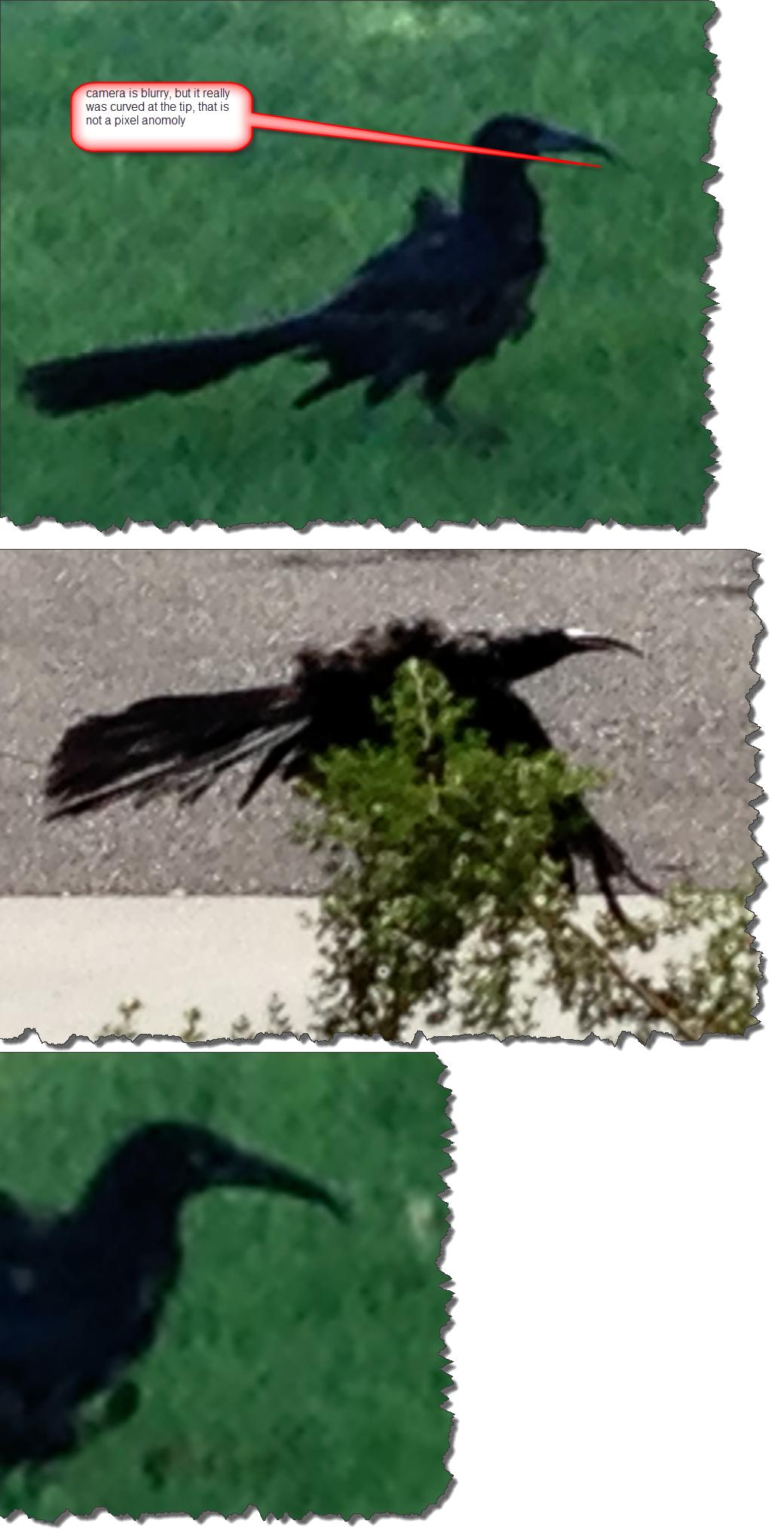 The picture is not that clear, but it definitely was not something that the bird was holding in his beak. That was my first thought when I saw him, but I watched him awhile, it was very clearly his beak that was long and decurved. Sure wish I had my real camera at the time.

It could be a crow, a blackbird or a raven for all we know because deformed bills on birds has been a matter of debate (reference) and there is a group on flickr (reference) where you can post such pictures. I have actually noticed few pictures of birds with beaks that resemble the one in your photo. 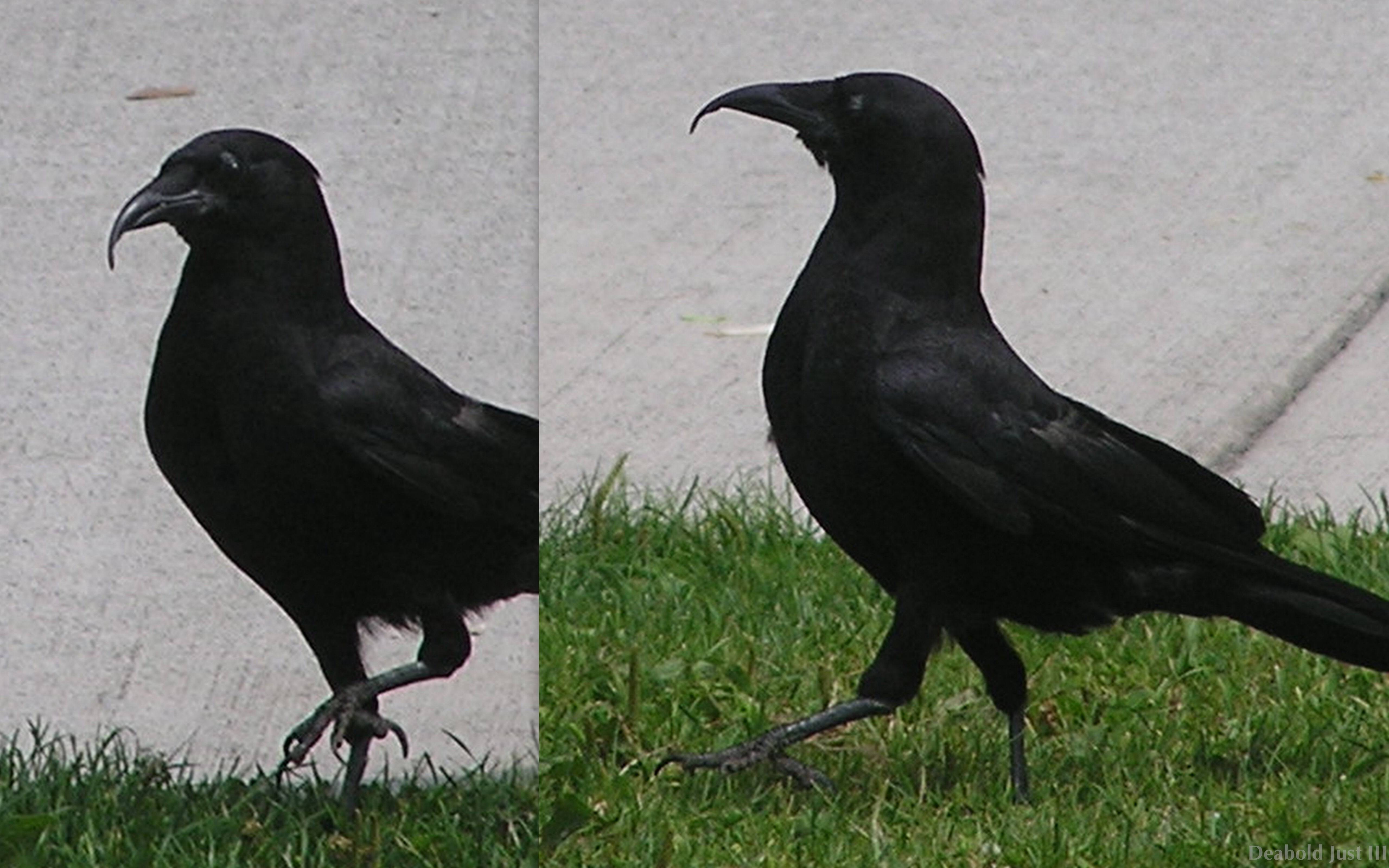 A crow with a deformed bill (reference)

3
Moth with silver marking on wings
4
Curious what this bug is
6
Possible moth identification
2
ID Sunbird in Oman - White, Dark Grey, Yellow
3
What kind of beetle has fuzzy orange antennae and can flip its head down for digging?
2
Identify the fluff that I have found in tea
2
What about this bat?
1
Identify an animal (Japan, urban area)
3
What kind of salamander is this?
2
Could you identify the species of this animal attaching to a fish in the Aegean Sea?