Could this Francobelgian comic book woman really have these 4 diseases at the same time?

I'm doing an archive binge of a paper comic "The Kiekeboes". One of the characters is an elderly woman currently at the doctor, and she says the has the following illnesses:

now, I googled these, and these are apparently real diseases (which actually makes sense, since she said she found them in her medical dictionary), namely 3 skin diseases and 1 menstruation problem. However, I find it hard to believe an elderly woman could have 3 different skin diseases and a menstrual disorder at the same time, especially since she already stopped menstruating.

Is it possible for a patient to have all 4 of these illnesses at the same time? Or do the causes interfere with each other too much for that? I don't want to know how to cure it, I just wonder how much they're talking out of their anuses.

Image I just took with my camera:

It is in Dutch, but the names of the illenesses are clearly readable (since they're Latin anyway).

The doctor asks "what are you here for, madame? a cold, reumathism, headache?" right before this. The woman answers "no, doctor, I'm struggling with ... and also ... not to mention ... and a really annoying .... The doctor then replies "but madame, where did you get all those illnesses?" the woman replies "in my medical encyclopaedia!".

Erythema multiforme (minor) can and does occur in a lot of people; while it is usually self-limited, it can recur, especially when the trigger is an unsuspected food.[1] How common is it? It is very common.

Necrobiosis Lipoidica is not uncommon in diabetics, less common but still found in non-diabetics. It can occur at any age, including the eighth decade. It also shows a sex predilection, being 3 times more common in women than in men.[2] How common is it? It is not rare.

Phlegmasia Alba and Cerulea Dolens[3] is serious and associated with deep vein thrombosis, which is an acute event. It is not uncommon, but it's not chronic. (More than 600,000 cases of venous thromboembolism are estimated to occur each year in the United States, all of which can lead to Phlegmasia Alba and Cerulea Dolens. How common is it? Luckily, not very. If the author is referring to garden-variety thrombophlebitis, though, that's a chronic problem, and not uncommon in the elderly. Thrombophlebitis is chronic and common enough.

I'm not going to address Metropathia Haemorrhagica, because, as you have noted, it's found in menstruating women.

Diseases generally don't really interfere with each other; some diseases can't co-exist (you can't have hyperthyroidism and hypothyroidism at the same time, for example, or have an active pituitary gland tumor and empty sella syndrome at the same time), but diseases don't interfere with each other exactly. Some diseases have common underlying foundations, so can occur co-morbidly, for example collagen vascular diseases can manifest with skin, joint, and lung findings, which might not be diagnosed as several manifestations of one disorder if it's not obvious. A better example might be diabetes, where similar underlying pathologies cause, say, heart disease, skin disease, eye-problems and kidney disease together.

Whatever, the likelihood of a little old lady having all four of your diseases are nil. The first three all the time (assuming not garden variety thrombophlebitis) - nil. Once, not impossible once, but not chronically. Of the first two - not far fetched. The first - common as dirt (comes and goes, though.)

I hope this helped.

All these are possible side effects of oral estrogen progesterone pills used in perimenopausal or postmenopausal in Hormonal Replacement Therapy(HRT) by a diabetic female. 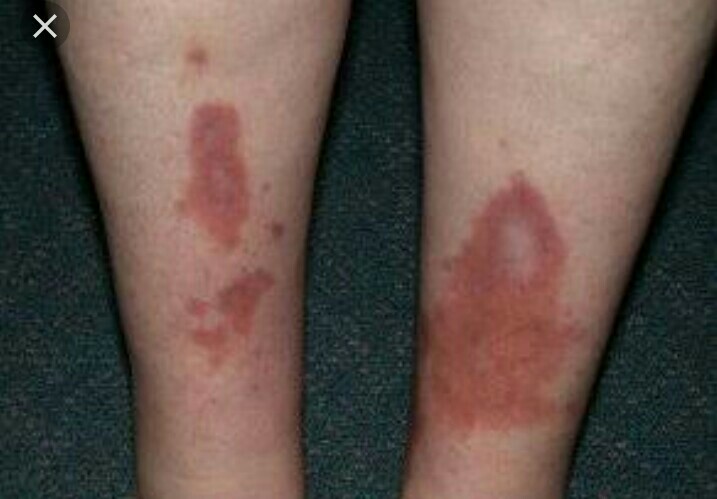 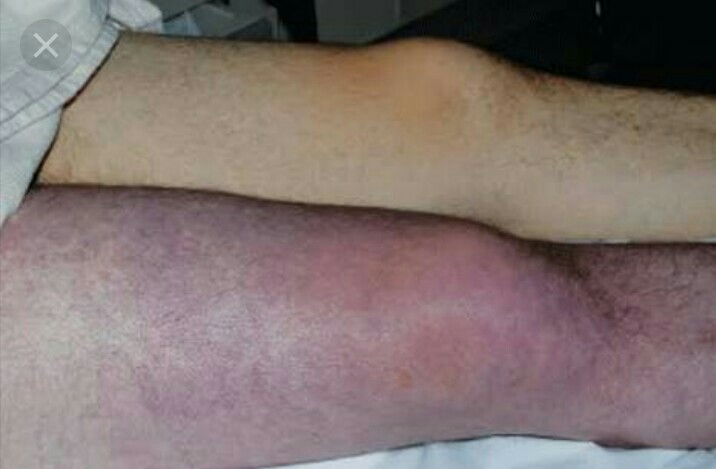 So, the Answer is HRT in postmenopausal Diabetic female, quite common these days, especially countries trying to copy west.

Not the answer you're looking for? Browse other questions tagged medicine or ask your own question.