Every time before eating a corn, I count its lines. I would always find 12 or 14 rows of seeds, but never 13.

Is there any biological/scientific reason behind this?

Most varieties of corn bred for modern use have between 8-20 rows of kernels (Bommert et al. 2013.. Nearly all varieties have an even number of kernel rows. This is due to the early development of the ear. Ears of corn are developed from pistillate flowers on the ear (Bortiri and Hake 2007). Pistillate flowers are the female flowers, so they will bear seeds. The seeds are the individual kernals.

Long before the ear of corn has the kernels, it has several rows of flowers. The flowers develop on the ear in long rows. Early in development of the ear, the individual rows of flowers double, forming rows of double flowers, as shown in the simple diagram from Bortiri and Hake (2007). Both male flowers (left) and female flowers (right) have this two-row structure. 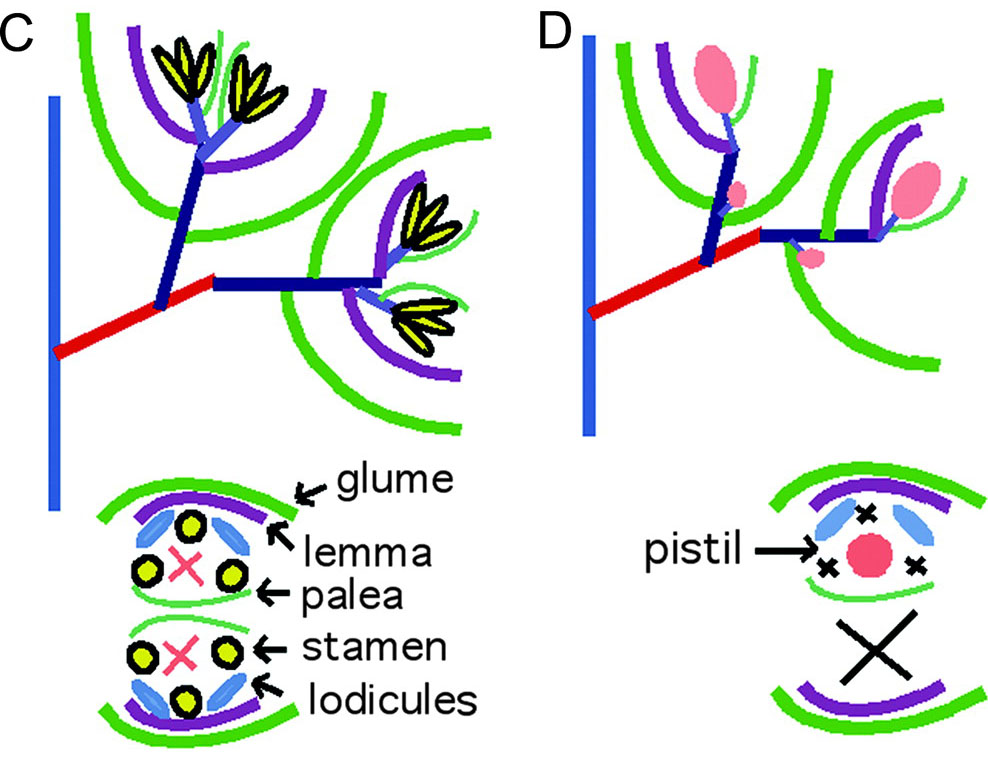 You can see the doubled pattern forming in this scanning electron micrograph of the very early development of the ears, also from Bortiri and Hake (2007). Notice the tip of the ear still has the single rows but the rows begin to double a little farther away from the tip. You can usually see this even on mature ears of corn. 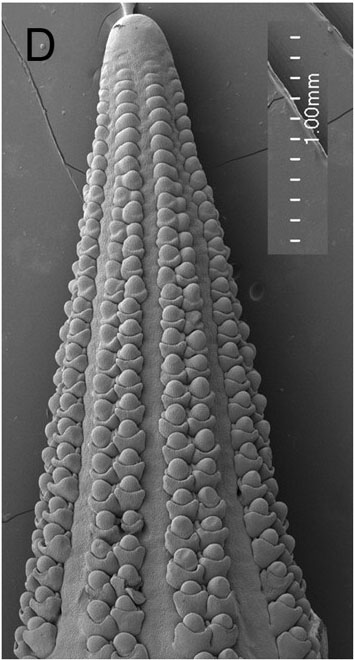 You can see remnants of this arrangement if you look carefully at a cross section of an ear of corn. I've drawn arrows to show the connections where the flowers once connected together. If you look carefully at the ear of corn, you can identify the rows. The doubled rows have the kernels exactly opposite of each other. Each doubled row is staggered slightly from the neighboring rows. I've drawn lines to highlight each doubled row. These two photos are from the agriculture extension office at Purdue University. 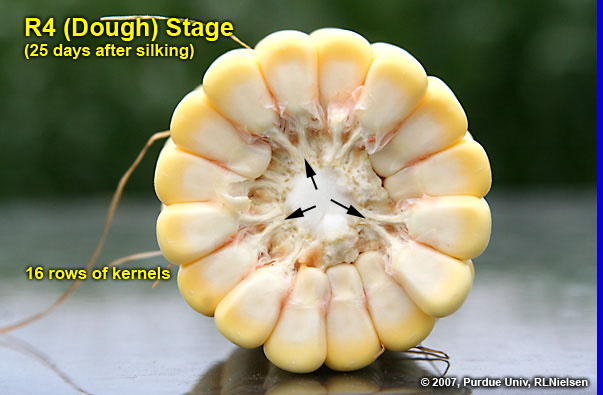 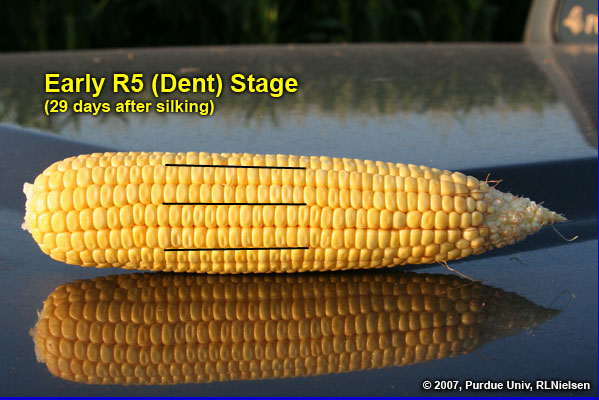 The development of corn flowers and all other flowers follows what is called the ABC model of floral development (Krizek and Fletcher 2005). The model has been greatly expanded since molecular genetics has increased our understanding of flower development. Many genes are involved, and the genes are used in different ways by different species of plants. The pattern of gene usage is similar in most grasses, which explains the double-flower arrangement of corn. Most grasses have the double-flower arrangement, and corn is a type of grass.

Some highly inbred variety of corn can produce odd numbers of kernel rows, as shown in figure below, taken from Bommert et al. (2013). KRN is kernel row number. RIL is recombinant inbred lines, which means different varieties that have been inbred for particular traits. Thirteen is possible, as are other odd row numbers. An odd number of rows is unusual, however. 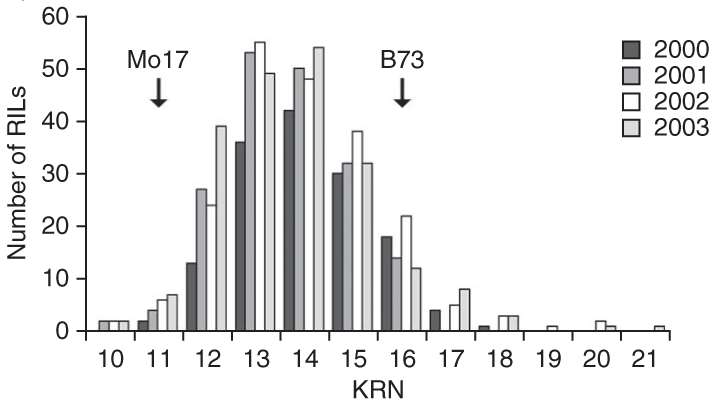 9
Why are plants referred to by their Latin species names, and not by their popular names?
10
How do plants benefit from their seeds being buried?
3
Current scientific theories for evolution of Cucurbita
18
Why do pink rain lilies flower only after rains, and not from being watered?
1
Previously frozen papaya seeds sprouted. How will it affect the plants?
0
When does a jalapeño begin to produce heat/capsaicin?
4
Why does the seed of the coconut tree have a liquid in it?