Some sort of Lymantriidae caterpillar?

I found this larva in Sweden in July. It was about 15 mm long. It reminded me of Orgyia antiqua that I've seen before, but smaller and with a somewhat different colouration. 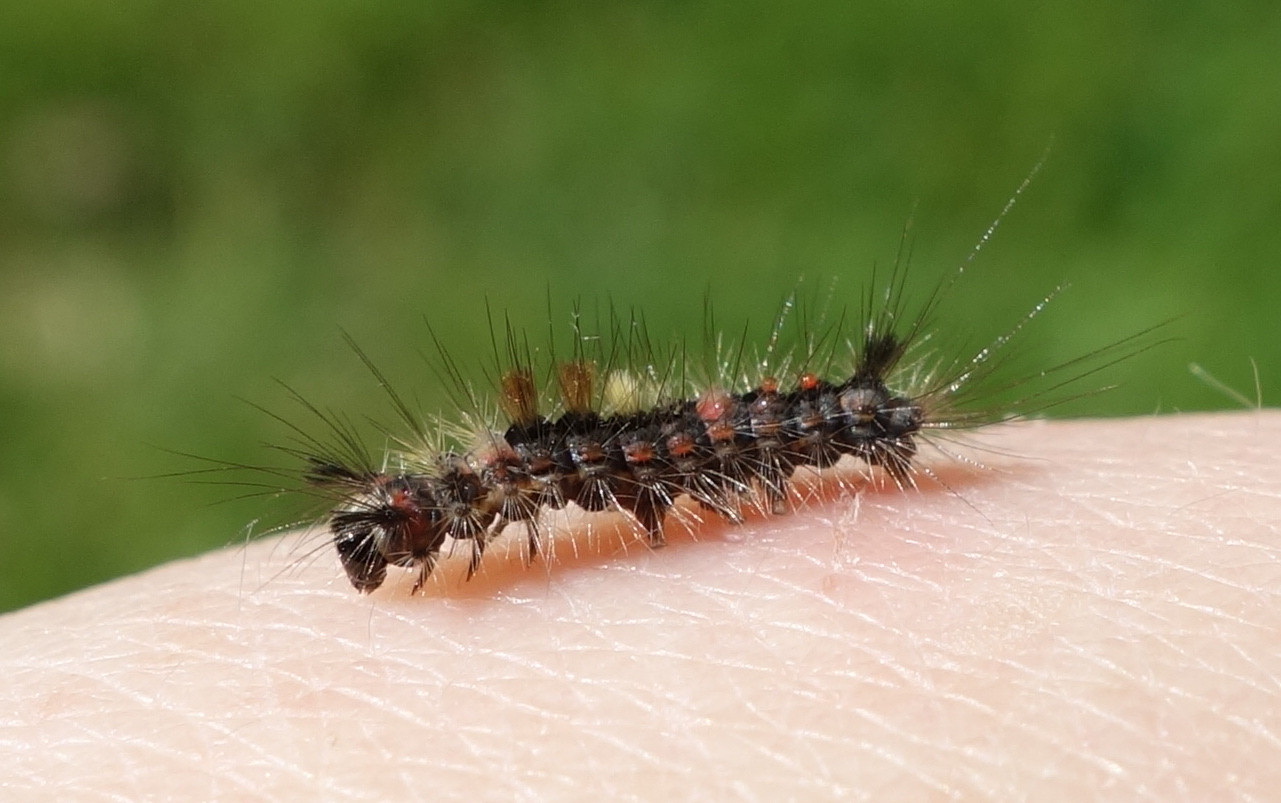 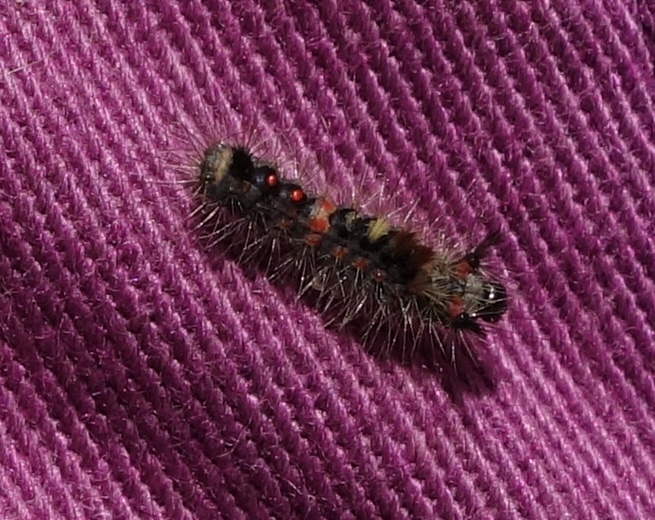 I think it's indeed a young, and possibly worn, specimen of Orgyia antiqua (also Rusty Tussock Moth or Vapourer, see also UKmoths). This species is relatively common in large parts of Sweden. However, the tufts and "tail" are usually more pronounced, but there is probably intra-species variation, and old, worn individuals can have sparser tufts. As you say, they are usually longer than 1.5cm but there is large variation, sexual dimorphism and younger larvae (early instars) are natually smaller. 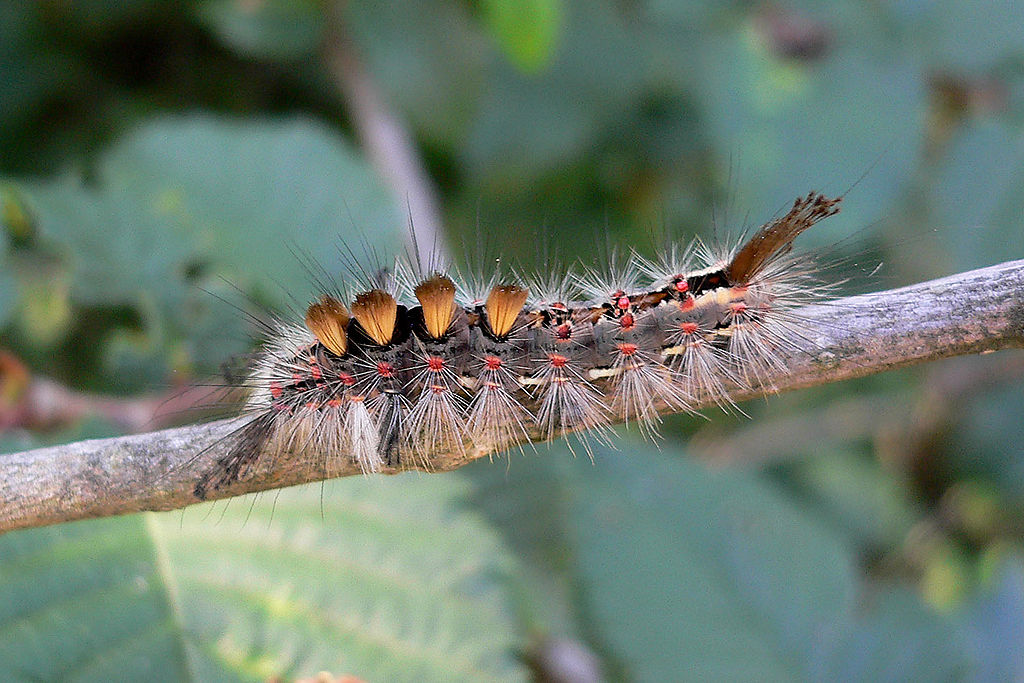 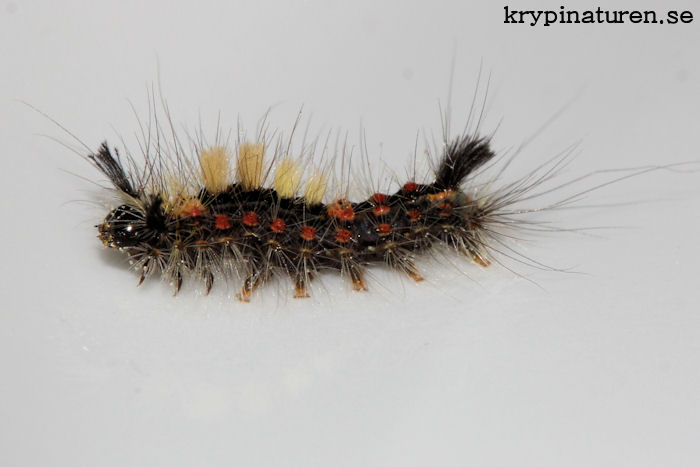 Lymantria dispar is rather rare in Sweden and is only found in certain localities in the south (Blekinge, Småland coast) along with Öland and Gotland.

In the contrary, The U. S. Department of Agriculture, defines the Asian Gypsy moth by means of flight capability partially ignoring location; "any biotype of Lymantria dispar possessing female flight capability". Which demonstrates the evident flair in confusion on this topic.

The difference in the moths visual appearance in comparison to the pictures of species you'd more commonly see (i.e. the color of its head), is possibly due to the stage of maturation of the Caterpillar or the present season. That's just my hypothesis though, i am unaware of any evidence to back that up.

Here are some further images: http://www.papillon-poitou-charentes.org/Lymantria-dispar-Linnaeus-1758,4446.html

Reference to the facts: https://en.wikipedia.org/wiki/Lymantria_dispar_dispar

(Edit: I was proved incorrect! However, this information would be useful for others who seek the answer!)

9
Bee (?) identification
4
Found a larva in my broccoli, is it a Small White (Pieris rapae)?
4
Caterpillar identification
11
Identification of an insect (?)
4
Is this an insect? Which one?
5
Identify a lone bone (jaw including teeth) found on a beach at Trouville-sur-Mer (France) in 2018
2
What insect is this? (England)