All or nothing phenomena

There are dozens of videos online painstakingly illustrating this point, using examples going from plumbing to pebbles falling down a paper towel.

But this is such a simple idea. There doesn't need to be analogies. When I push a button, something moves, when I don't push it, nothing moves.

But what is the fundamental principle behind this? What biochemical device causes this all or nothing phenomena?

The fundamental principle behind this is a "sensor" or the excitation-contraction coupling, regardless where you are. Let's consider the striated muscle and the cardiac muscle.

I like this figure about the topic in summarising stimuli in the smooth muscle: 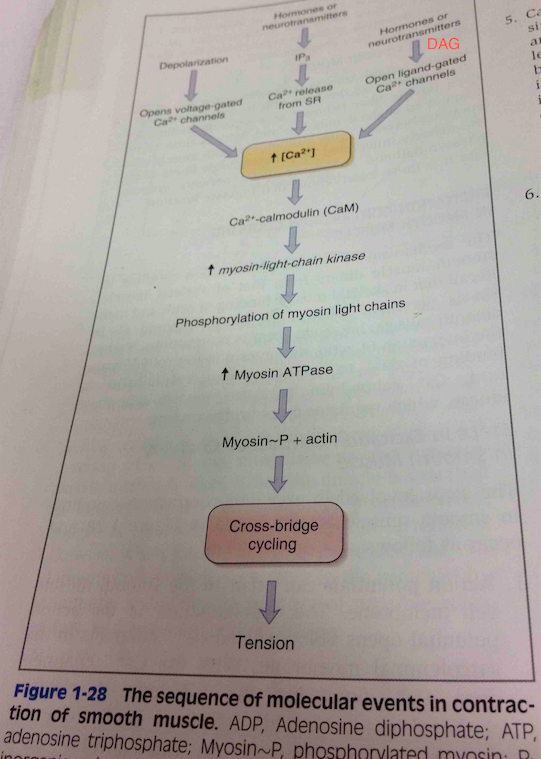 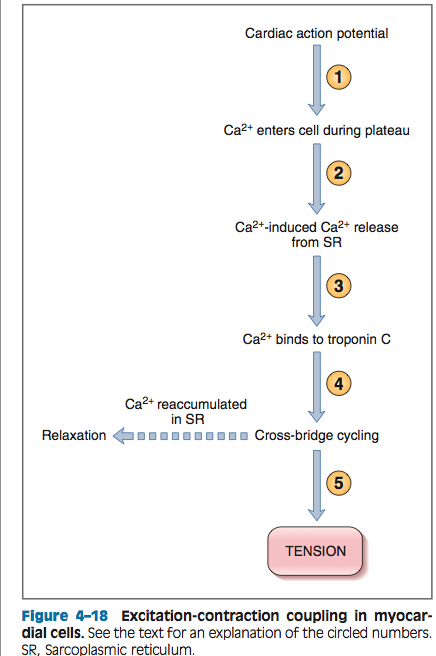 In the gastrointestinal tract, we have then again special cells, Cajal cells, that work as "pacemakers" of the GI tract. Myenteric Interstitial cells of Cajal [ICC-MY] serve as a pacemaker which creates the bioelectrical slow wave potential that leads to contraction of the smooth muscle. This activity differs along the length of the system

You can see them as to work analogously through the "all-or-none" principle.

Not the answer you're looking for? Browse other questions tagged biochemistry physiology action-potential or ask your own question.

0
All or none phenomenon
1
Dendrodendritic synapse through axodendritic synapse at same dendrite?
3
All-or-nothing-law: law or general principle?
8
Original paper about the all or none law for neurons
1
Sweating at all temperatures
0
Is it correct that the nicotinic acetylcholine receptor has nothing to do with Dopamin?
1
Can all animals breathe manually?
1
Why is the ratio between action potential and threshold value called the 'safety factor'?