What kind of fly is this?

I found this dude hanging out in my sink, but he didn't fly away when I put a dish in the sink. Turned out it was dead. The front part looks exactly like a housefly. But, I've never seen the back end (abdomen) look like this. Any ideas? 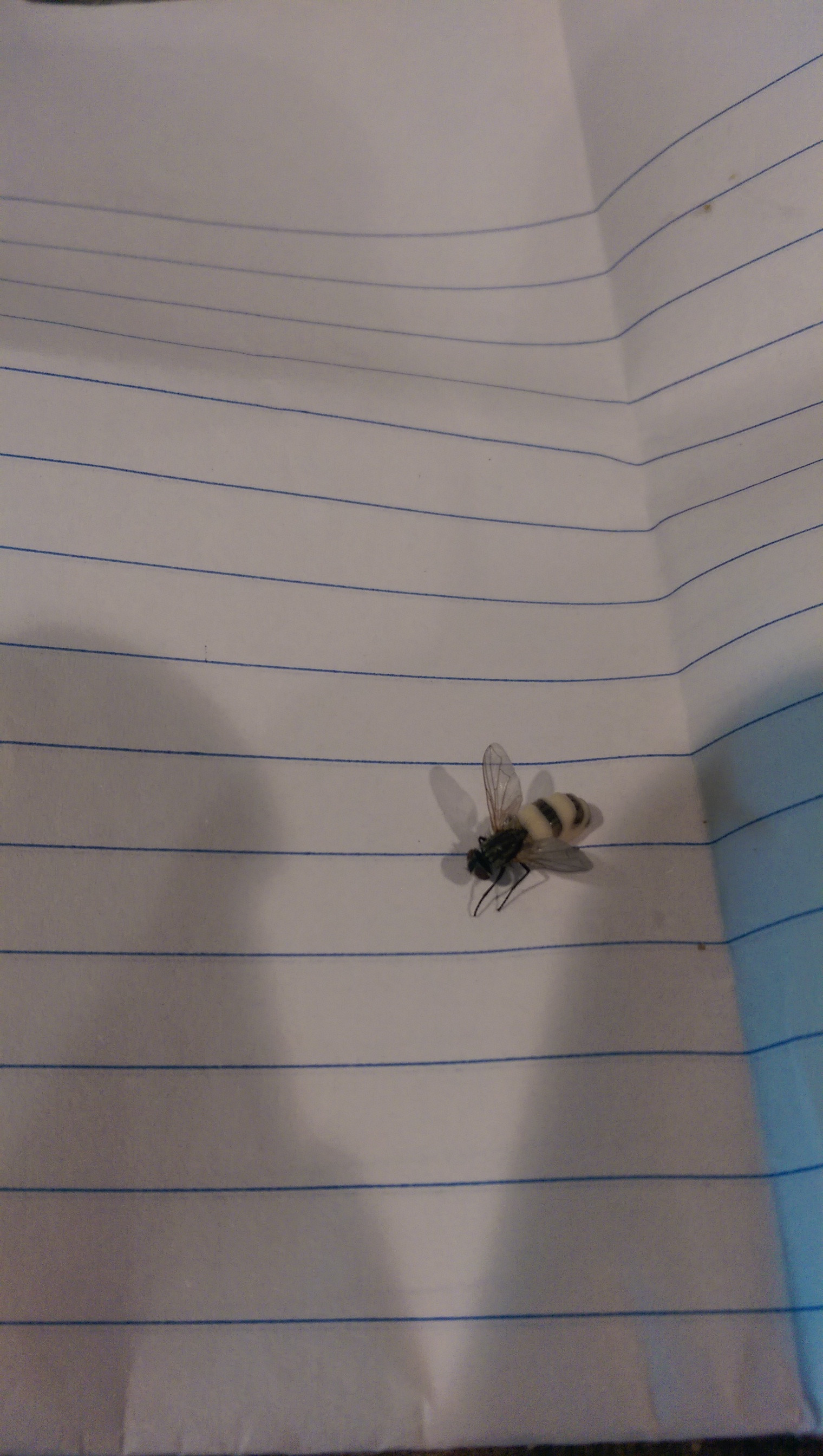 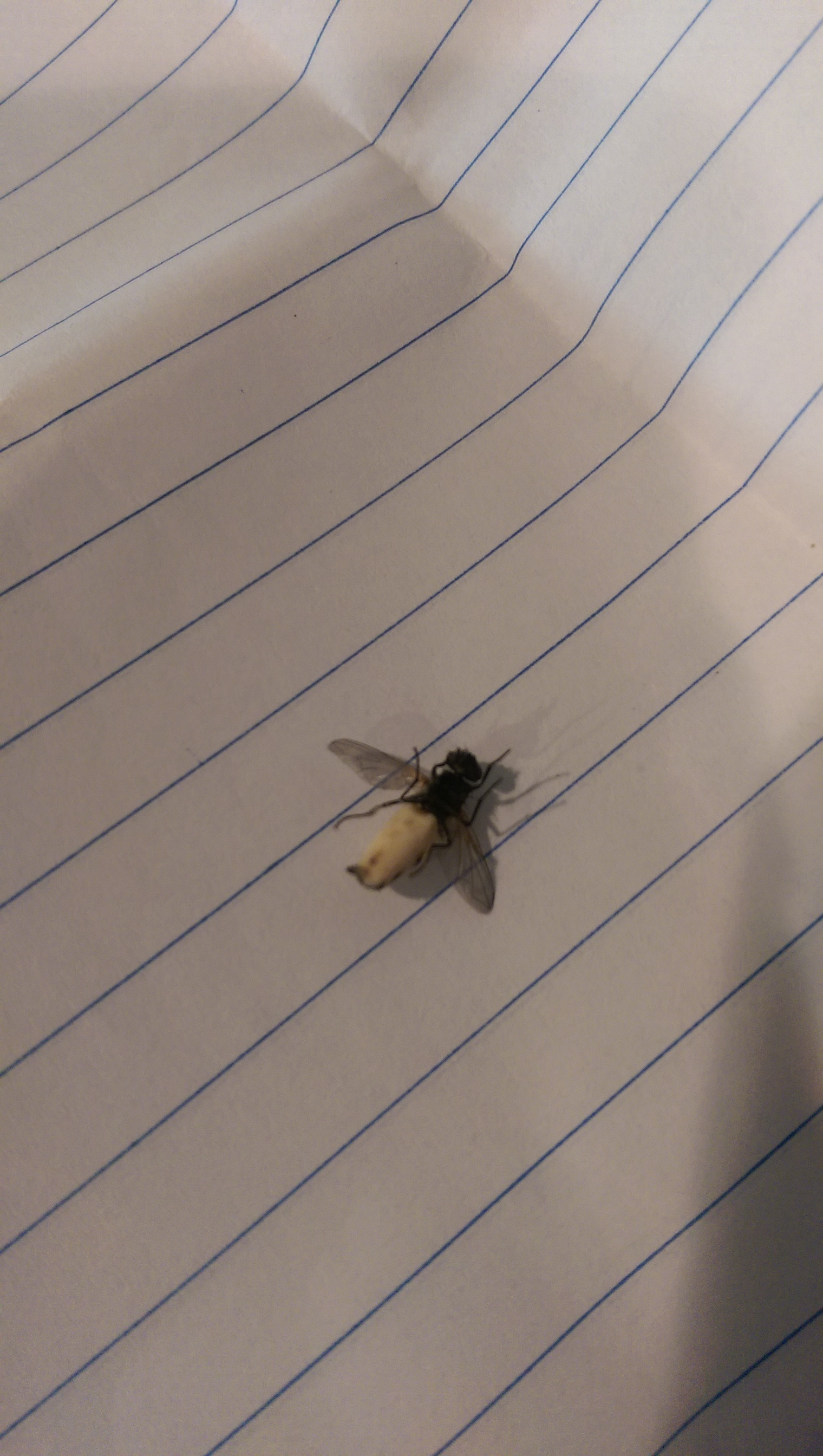 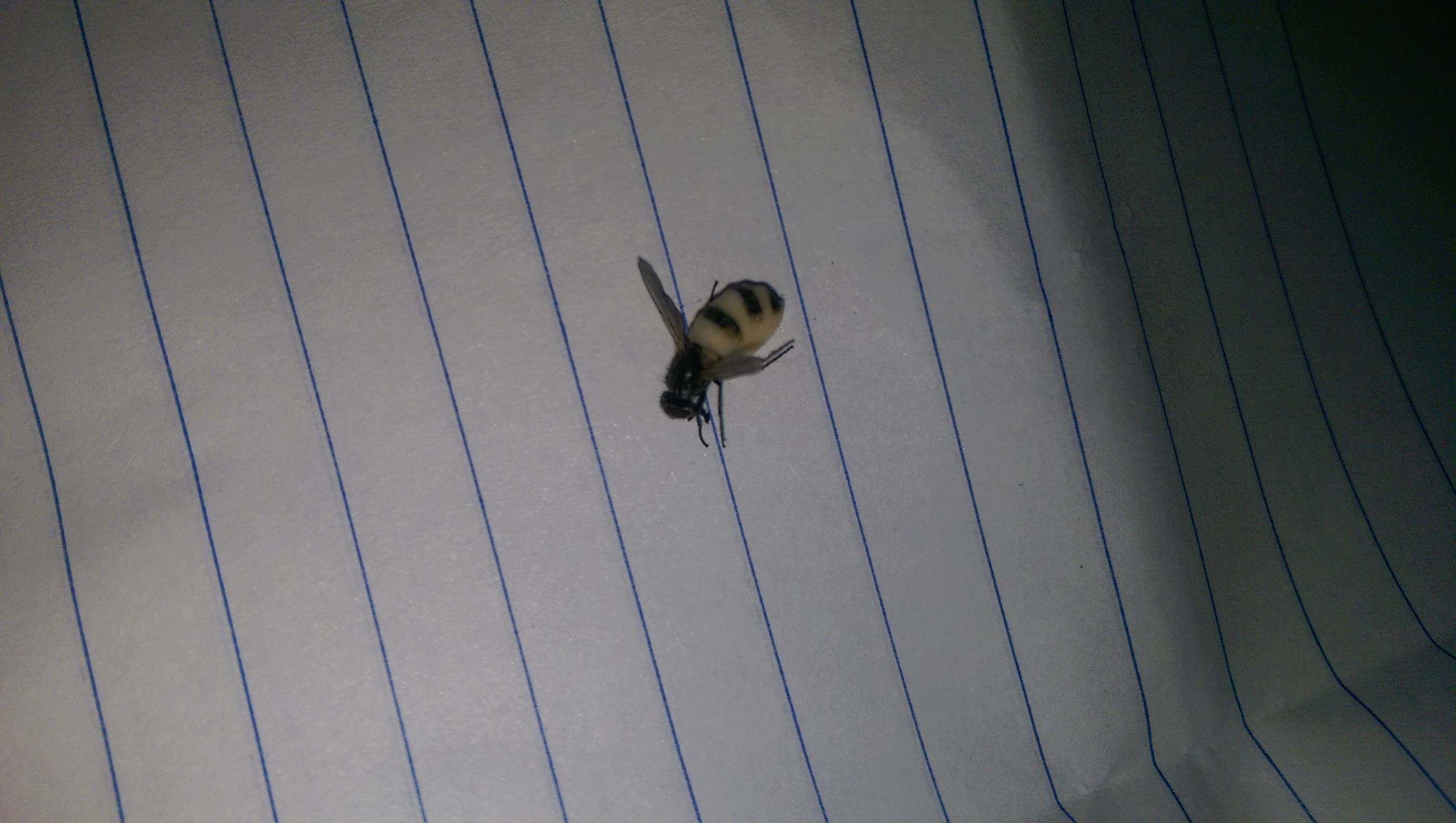 This is probably a fly killed by the fungi Entomophthora muscae (or closely related) or maybe a Cordyceps fungus. These kinds of fungi mainly attacks insects, and you sometimes see attacks as white, swollen abdomens in flies. 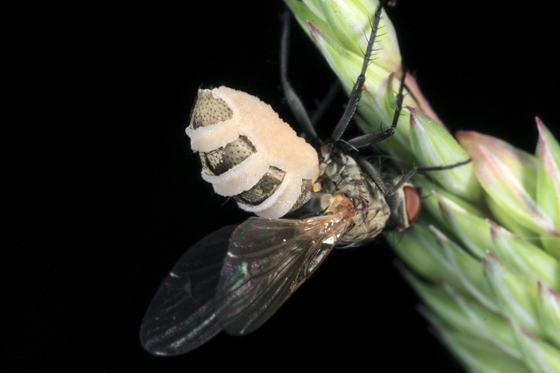 (Picture of common infection, from bugguide.net)

These fungi are also known to change the behaviour of infected individuals, so that they e.g. climb up tall plants to die (sometimes called "zombie-insects"), to allow for better dispersal and transmission of the fungal spores. Lots of information about the behavioural modifications of hosts by fungi can be found in Roy et al. (2006), but they can involve both climbing to exposed locations and special mechanisms for host attachement at death:

Some fungi do not produce rhizoids, but the host is held in situ by host structures alone, namely the legs or mouthparts (mandibles or stylets). The pose of the dead insect is generally characteristic of the pathogen species involved. For instance, E. grylli-infected grasshoppers (Figure 3a) and E. scatophagae–infected yellow dung flies (Figure 3b) seek elevated positions on grasses or other vegetation and cling tightly (death grip) with their legs (96). Tipulids infected with fungal species from the genera Eryniopsis and Entomophaga also attach to grasses with their long legs, often overhanging water (Figures 5b,c).

If you do google image searches on "Entomophthora fly abdomen" or "fly Cordyceps" you can see some examples of infections. I don't know about the fly species, but Musca domestica is probably likely.

For some more examples and information on Entomophthora muscae and related fungi see:

29
Can the dead be brought back to life by viruses?
4
How do parasites "reprogram" brains?

3
Black/dark-red smooth West African worm, full of red blood
5
What is this (seed/berry)-like object and where is it coming from?
2
Can/Do any spiders "release" their own web in the presence of a threat?
7
What is this strange worm-like creature?
3
What kind of beetle has fuzzy orange antennae and can flip its head down for digging?
3
Help identifying a fly by its remains
2
What about this bat?
6
What is this giant mosquito-like insect?
4
Bug Identification: Black Insect with Red/Orange dot on back