Huntington's disease can hit at any age, although it tends to hit middleaged people most often. What is the youngest and oldest person that has exhibited Huntington's?

Clarification: By oldest I mean with no prior symptoms until the age.

Huntington's disease may become symptomatic starting from as low as 2 years old [1] and rarely after 55 years old [2] (yet there is evidence of onset at 65 years old [3] and even more according to newer studies). 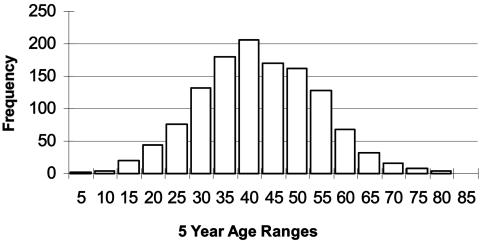 [...] paternal age is negatively associated with age at onset of HD (Huntington's disease), particularly among subjects who inherit the mutant gene from grandfathers [5].

I first experienced Huntington's Chorea at 7-1/2 years of age. My father took me to Vanderbilt Hospital in Nashville, TN where it was confirmed by testing. I am now 71-1/2 years old, and have suffered Rheumatic Fever, a stroke, 4 heart attacks, and atrial fibrillation, along with many other less serious diseaes. I still have occasional bouts of Chorea, but am leading a mostly normal life. During my earlier life at age 60, I completed a Bachelor of Science and an M.B.A. degree, so my reasoning faculties and ability to organize and study successfully are still intact. I may be on borrowed time, but don't worry about it.

12
Have any mutations or genetic loci been associated with exceptional longevity in humans?
4
What factors govern the variable age of onset in Huntington's Disease?
6
Inheritance of Huntington's disease
4
Are people genetically predisposed to being interested in specific fields/ideas? How does specialization occur?
8
Why do we still have genetic disorders that show anticipation?
4
Bayes theorem for mutations
1
Dynamic mutation and huntington's
3
Concept and analysis of Pedigree
1
Is diabetes (type 2) a genetic disease?