What is the H+ gradient in mitochondria?

I would like to understand what the term H+ Gradient means. I googled this question and found terms such as chemiosmosis and ion gradient being tossed around. I am very new to biology and I do not know any advanced terms or anything of the like. What I do understand is that the mitochondria produces ATP and has something called a proton pump.

Lets start with a general definition: A gradient is the difference in the concentration of a substance (this can be a solutant in liquids, a gas or whatever) between two places. The image below shows the general definition. If nothing else happens what keeps the gradient stable, over time diffusion will cause an equilibrium between both places. The flow of substance always goes from the high concentration to the low (indicated by the arrows). 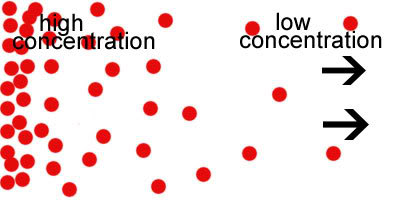 In biological systems the two parts of the gradient are usually divided by a membrane and are more stable. Gradients can be generated by active transport which requires the input of energy to work against the gradient. Examples would be the concentration gradient along a membrane like protons (positively charged hydrogen-ions), as this can be seen in the mitochondria. Here three complexes of the respiratory chain (I, III and IV) pump protons from the matrix in the intermembrane space, which requires energy. The fourth complex (V) pumps the protons back and uses the released energy from this process to make ATP. See the figure below which shows this process schematically (from here): 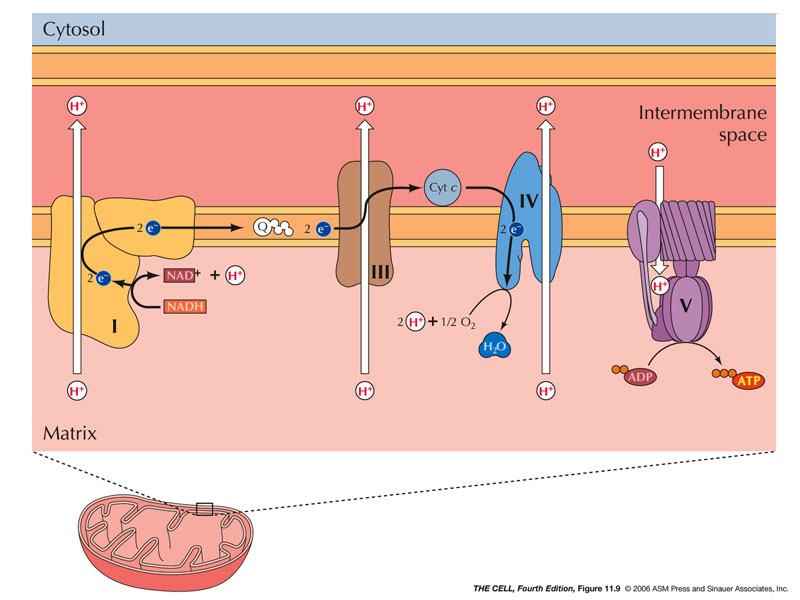 Not the answer you're looking for? Browse other questions tagged cell-biology or ask your own question.

14
Does every mitochondrion in a cell contain the same DNA?
18
The Origin of Mitochondria
2
Book Recommendations: GRE Subject Test In Biochemistry, Cell And Molecular Biology
1
Exact definition of 'convergent' and 'divergence' in cell signalling?
0
What are the (evolutionary) advantages of secondary transport?
2
Why does K+ going out of the cell cause hyperpolarization?
2
What is the exact definition of mitochondrial depolarization?
1
Does ATP production increase with oxygen availability?