Why are irises unique?

I heard that irises are different and unique for every person. According this link, probability of two irises having identical pattern is 1 in 10 to the 78th power. That's how iris scanners identify the identity of people. This technology is becoming very evident. So I ask, why are irises for each person different and unique?

Iris is a thin, circular structure in the eye, responsible for controlling the diameter and size of the pupil and thus the amount of light reaching the retina. The color of the iris gives the eye its color. In optical terms, the pupil is the eye's aperture and the iris is the diaphragm that serves as the aperture stop.

Color and structure of iris is greatly depended upon genetic links, but the patterns are not. Iris is developed by the prenatal(before birth) growth through a process of tight forming and folding of the tissue membrane.

The human iris begins to form during the third month of gestation. The structures creating its distinctive pattern are complete by the eighth month of gestation, but pigmentation continues into the first years after birth. The layers of the iris have both ectodermal and mesodermal embryological origin, consisting of (from back to front): a darkly pigmented epithelium; pupillary dilator and sphincter muscles; heavily vascularized stroma (connective tissue of interlacing ligaments containing melanocytes); and an anterior layer of chromataphores and melanocytes with a genetically determined density of melanin pigment granules. The combined effect is a visible pattern displaying various distinctive features such as arching ligaments, crypts, furrows, ridges, and a zigzag collarette. Iris colour is determined mainly by the density of the stroma and its melanin content, with blue irises resulting from an absence of pigment: longer wavelengths differentially penetrate while shorter wavelengths are reflected and scattered, a phenomenon resembling that which makes the sky blue. The heritability and ethnographic diversity of iris colour have long been studied, but until the present research, little attention had been paid to the achromatic pattern complexity and textural variability of the iris among individuals. 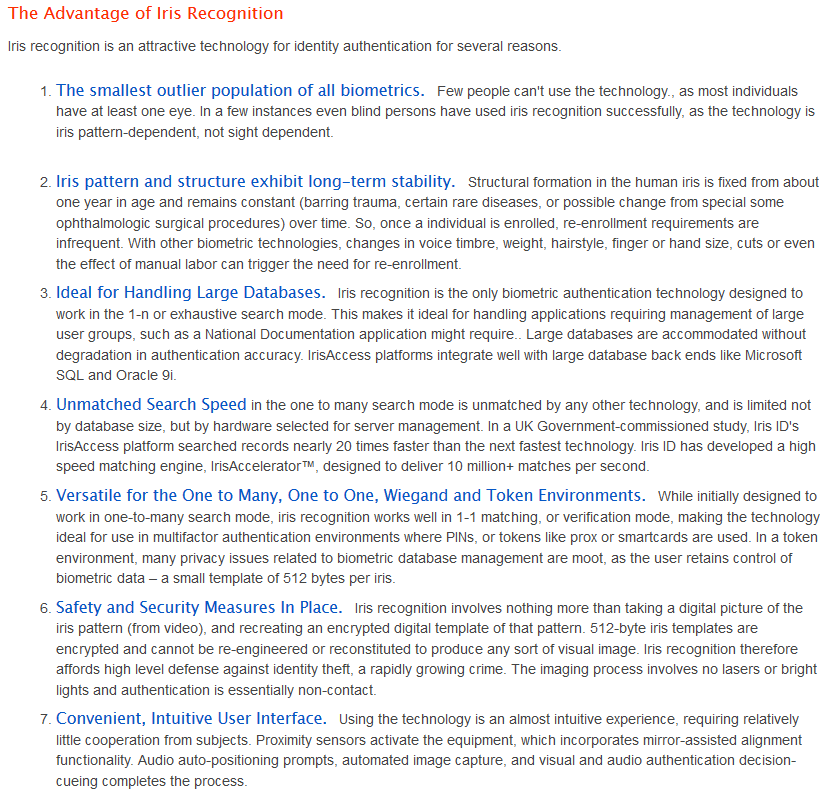 Not the answer you're looking for? Browse other questions tagged eyes human-genetics human-eye or ask your own question.

2
Why do eyes water in response to particular emotions?
1
Are the irises an exact match in a human's set of eyes?
0
How closely related will your descendants be to you?
2
Seeing with one eye, why intensity doesn't get half?
1
Subtracting shared DNA with half-sibling
3
How many possible human genotypes are there that produce distinct phenotypes?