Origin of the word "cancer"

The disease was first called cancer by Greek physician Hippocrates (460-370 BC). He is considered the “Father of Medicine”. Hippocrates used the terms carcinos and carcinoma to describe non-ulcer forming and ulcer-forming tumors. In Greek this means a crab. The description was names after the crab because the finger-like spreading projections from a cancer called to mind the shape of a crab. – source 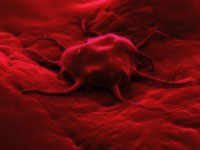 So the cancer cells spread in a way that tumor looks like a crab. Why? Why doesn't it, for example, have a potato-like spread in which cancer cells form a sphere?

A spiculated breast lesion is defined as a mass or an architectural distortion characterized by thin lines radiating from its margins.

The linked paper gives many other examples of the microscopic and radiographic analysis of such tumors. It also explains that the two primary reasons for the spiculated shape are:

According to this report, the first explanation is more common. To understand the why behind the shape, we need to know the mechanism of this desmoplastic response. As described in the linked Wikipedia article, desmoplasia is not actually the tumor itself but dense fibrous tissue that is induced with malignant tumors invade healthy tissue. The mechanism of this is not entirely clear, but the Wikipedia article sets forth two theories:

"Cancer" is so named because the cancers Hippocrates first observed looked like crabs to him. If he had first observed cancers that most resembled potatoes, cancer probably would have been named differently today.

My point is, there is no "need" for a tumor to look like a crab or any other particular shape. Most tumors are probably irregular in shape. Most often they just look like lumps. I think breast cancer turns out to look like a crab fairly often (not sure why) and it was precisely breast cancer that Hippocrates was studying, probably because it's fairly close to the surface of the body, and, hence, fairly accessible and easy to observe. That's not irrelevant when there are no proper surgical techniques and anaesthetics.

0
Why cancer disease is named after sun signs ?

5
Is there a standard reference for the importance of tumor heterogeneity?
2
Why does T-cell Cancer Therapy require a large tumor mutanome?
13
In a tumor, why hypoxic regions have access to glucose?
3
Why are tumor suppressor genes recessive?
0
Circulating Tumor Cell vs Circulating Tumor DNA
0
Data repositories for data on the Tumor Microenvironment?
5
How have some cancers "evolved" to be so aggressive and treatment-resistant?