Can humans live without their right atrium?

The right atrium is one of four chambers (two atria and two ventricles) in the hearts of mammals (including humans) and archosaurs (which include birds and crocodilians). It receives deoxygenated blood from the superior and inferior venae cavae, the coronary sinus, and the anterior and smallest cardiac veins, and pumps it into the right ventricle through the tricuspid valve.

Can humans survive without right atrium? In this condition blood would fill the right ventricle directly, comparable to some animals like frogs, toads, snakes and lizards. What advantages does the normal human heart have to this anatomy ? If we had this anatomy, where would the best place for pacemakers be, like the sinus node?

This is an interesting theoretical question, but several things would need to be clarified:

Technically, the R atrium is the home of the sino-atrial node, which provides natural pacing of the human heart between 60-80 beats/min. Without this natural pacing, our hearts would rely on back-up pacer systems such as atrioventricular node, His-Purkinje systems or the intrinsic but ectopic pacing of individual atrial or ventricular cells. 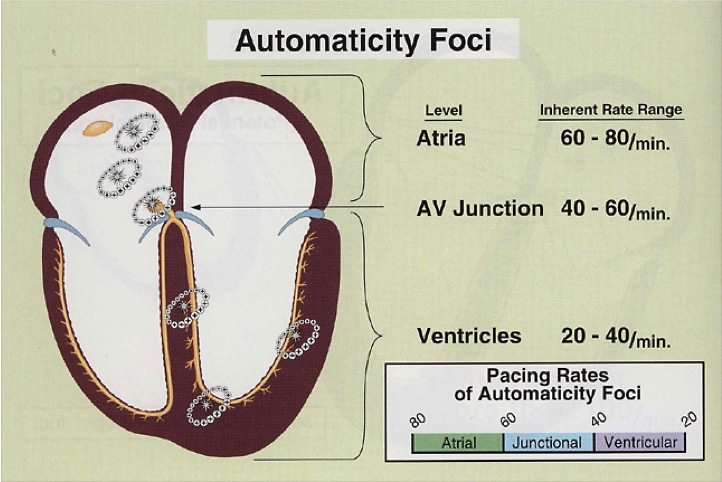 It is possible for humans to survive without the SA node because of these back-up systems. However, our heart rates would be lower, or bradycardic. Although there are many individuals who survive with bradycardia ranging from top athletes to the elderly, this condition could lead to negative symptoms including fatigue, dizziness, lightheadedness, syncope, and even cardiac arrest [2]. Ideally, the SA node would be located at or near the area of blood entry into a chamber (or, put another way, opposite from the side where blood exits the chamber), so that blood is pushed synchronously out of the chamber rather than against a wall or the entry, causing turbulence.

The R atrium also provides a chamber through which venous blood can sit before it is pumped into the R ventricle to be pumped again into the pulmonary vasculature to be oxygenated. This function allows blood to enter the pumping ventricle quickly, a physiologic benefit [3]. In a heart without a R atrium, if the R ventricle still had valves to be able to keep blood from backing up into the vena cava system, then this function of filling and pumping would still be preserved, although it would not be as efficient as if there was a preceding atrium.

In nature, there are three-chamber hearts found in certain amphibians and reptiles. However, usually it is made of 2 atria and one ventricle, rather than 1 atrium and 2 ventricles. In this model, deoxygenated blood and oxygenated blood are mixed (to different degrees, based on the animal), which is not ideal. However, these animals usually have other modes of oxygenation such as through the skin.

In summary, the short answer is- yes, probably, humans can survive without the R atria but it would not be without serious consequences in quality of life.

4
Can humans shorten their sleeping patterns?
1
How can an animal live without a head / brain?
4
What prevents backflow of blood from right atrium to vena cava during atrial systole
8
Why can I raise my left eyebrow independently from the other but not the right?
1
Ventricular Filling : Systole or Diastole?