Which of the two mitochondorial membranes relate to bacteria according to the endosymbiotic theory?

Symbiogenesis, or endosymbiotic theory, is an evolutionary theory which explains the origin of eukaryotic cells from prokaryotes. It states that several key organelles of eukaryotes originated as symbiosis between separate single-celled organisms. According to this theory, mitochondria and plastids (e.g. chloroplasts), and possibly other organelles, represent formerly free-living bacteria that were taken inside another cell as an endosymbiont, around 1.5 billion years ago.

But I couldn't find any answer for my question, so I decided to ask:

And why do mitochondria need to have a double membrane?

The inner membrane is that of the engulfed bacteria. The bacterium would have been phagocytosed by a larger cell. Hopefully you can see in this image the smaller cell being engulfed in the membrane of the larger cell: 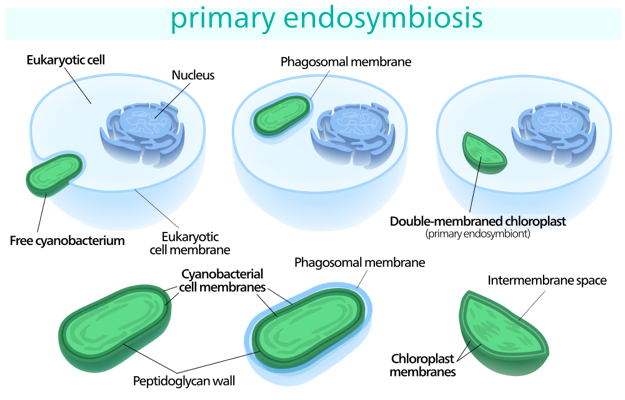 23
How many times did endosymbiosis occur?
8
How do archaea relate to eukaryotes and bacteria?
18
The Origin of Mitochondria
3
Two-fold cost of sex and r/K selection theory
6
How did the endoplasmic reticulum come to be?
4
Structure of mitochondrial ribosomes
1
We know archea and eukarya are more closely related but endosymbiotic theory says eukarya have evolved from prokaryotes, justify the statements?
0
Reversal form of endosymbiotic theory?