What is it about the housekeeping genes that makes them almost immune to gene regulation?

When it comes to eukaryotes, including ourselves, we have all different kinds of specialized cells and tissues that are so different, yet originally all came from the same single cell. And apparently the reason for that is differential gene expression, where different genes get to be expressed in different cells. But there are, however, a set of genes that gets to be expressed in almost all of the cells.

My question is not why, but what is it about these genes that in a way makes them above the laws of regulation? Is it in their sequence? Or are they located on a single chromosome or perhaps regions that are somehow non-regulatable?

Housekeeping genes aren't clustered on a single chromosome. It is perhaps not that 'housekeeping' genes - broadly expressed genes - are 'above the laws of regulation'; rather that their regulation is merely more straight-forward than that of specialised genes.

I can think of 2 factors that could be relevant:

I think the second (promoter sequences) is the better explanation, since housekeeping genes are abundant in CpG islands; but I'll explain a bit about both.

tl;dr: Housekeeping genes have simpler promoter and enhancer regions that are not bound by particular complexes which act to inactivate regions of the genome in a hierarchical manner during differentiation (according to the transcriptional program). http://genomebiology.com/2007/8/7/R140

In forming tissues during development, cells must differentiate from embryonic stem cells, which have very wide potential to express many genes and give rise to all cell types; to partially specialised stem cells e.g. hematopoietic stem cells (HSCs) which are limited to give rise to all blood cells but not, say, neurons or pancreas or skin. Completely differentiated cells have a much more restricted domain of possible expression, and are more-or-less condemned to their fate.

Waddington's developmental landscape is a nice metaphor for how cells specialise: 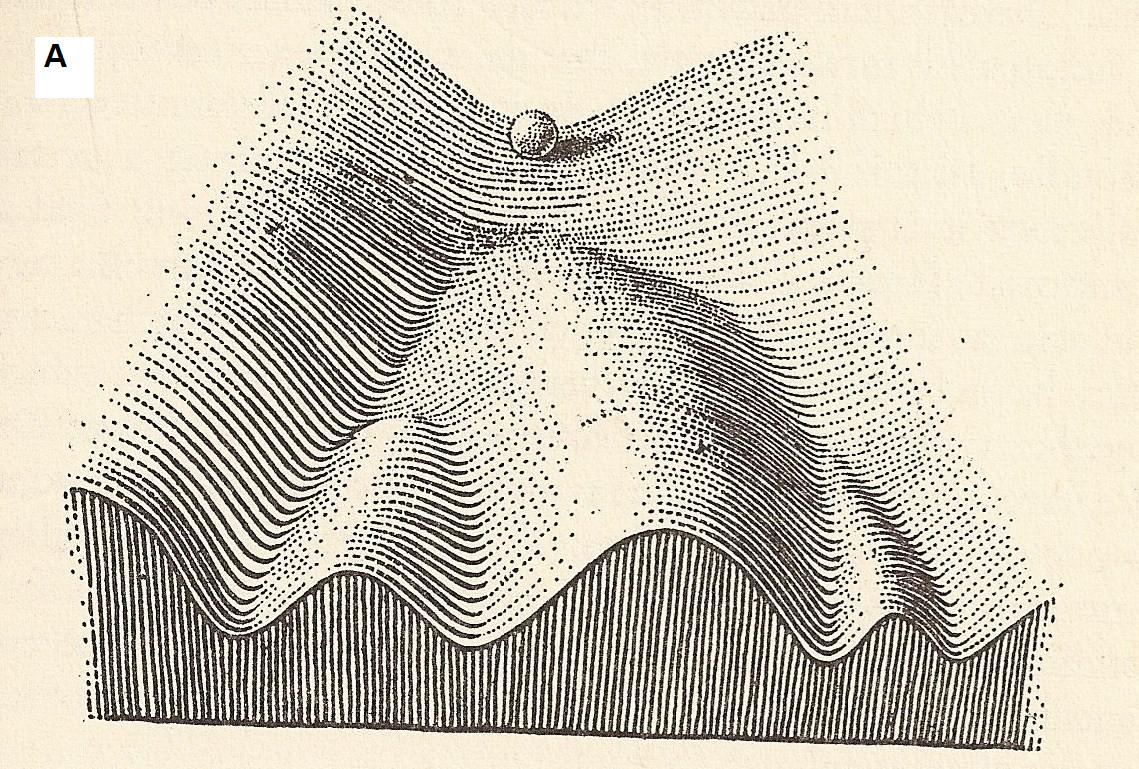 A major mechanism behind this one-way narrowing of potential is methylation of DNA, which suppresses transcription. As the ball rolls down the landscape it acquires new stretches of methylation on its DNA, rendering it inactive which (for our purposes) is permanent and irreversible.

DNA methylation consolidates its chromatin inactivating function by acting as a signal for proteins which chemically modify histones (around which DNA is wrapped in chromatin) with further signals to condense chromatin, which occludes the transcriptional machinery from doing what it does best. (There are also activating histone modifications, and we imagine chromatin being, roughly, in OPEN and CLOSED states regarding the possibility of RNA polymerase gaining access to the DNA.) Since histones are ubiquitous & regularly spaced over the genome, there aren't "non-regulatable" regions - chromatin is opened or closed by the interactions of various DNA binding proteins, some reading and writing signals on to the chromatin.

Specialised cells, through a hierarchical transcriptional program of 'master regulators', successively close unneeded regions of their chromatin during differentiation, and keep open regions containing housekeeping genes, and the 'specialised genes' that relate to its specialism - these regulators are transcription factors which recognise the regions they act upon by binding promotor or enhancer sequences.

Transcription factors bind to enhancer or promoter sequences and open or close the chromatin for RNA polymerase, usually as part of a co-operative complex of many factors, including proteins that modify the histones or methylate DNA.

A good hypothesis is that the promoter/enhancer regions of housekeeping genes differ from those of specialised genes which are inactivated in many tissues. The transcriptional programs in differentiation must call forth factors that bind and inactivate specialised genes but keep active things like actin, ribosomal genes, etc.

This paper finds that upstream regions of housekeeping genes are less conserved, and a particular set of promoter motifs are over-represented. This suggests that housekeeping genes have relatively simple regulation by a few transcription factors; they lack binding sites for those transcription factors with important specialised roles in development.

To summarise, I think the following is likely: Housekeeping genes' promoter and enhancer regions exempt them from the complex transcriptional programs of hierarchical inactivation responsible for cell differentiation that many other genes are subject to. Housekeeping genes simply lack the relevant binding sites for these specialised transcription factors; they have instead more simple 'core' promoter elements. All the DNA methylation and opening/closing of the chromatin is a consequence of the transcriptional program.

The problem with housekeeping genes is that they are often not stable and their expression depends on the cell types as well as the conditions. They can be stable under one condition, but are not under another. So this needs to be tested every time you have to choose a housekeeping gene - always use GAPDH or beta-Actin simply doesn't work or skews the results.

The reasons why the housekeeping genes are chosen is because they are thought to be independently expressed (more or less) in the cells and that the actual experiment has in influence on them. This is also the reason why genes involved in the energy metabolism or the structural integrity of the cell (like GAPDH or beta-Actin) are chosen. This idea is not wrong, but needs to be tested, since transcription regulation networks are complicated and often bear interesting, surprisinf (and unknown) relations.

The following articles should be interesting in this context:

What also gives quite a lot of information including a large number of references on this topic is the website from Gene Quantification (which sell products in this field).

Not the answer you're looking for? Browse other questions tagged molecular-biology dna gene-regulation or ask your own question.

14
Does every mitochondrion in a cell contain the same DNA?
9
What kind of event would cause the current Mitochondrial Eve to be replaced by a new one?
3
How to determine the direction of regulation of a gene by comparing gene expressions?
4
Are all genes transcribed in differentiated cells?
4
How much time do the different mechanisms of gene regulation need to take effect?
1
Is the technology "identitas v1 forensics chip" related to microarray technology?
1
Number of elongating RNA polymerases on a gene
0
Human genome, chromosomes