Reading a lot about atherosclerosis, but no explanation about why macrophages stay there and form a plaque, instead leave or at least break the cholesterol.

In short, rate of expression of intracellular cholesterol removal proteins like ABCA1 in macrophages and cytokine waterfall molecules in T-lymphocytes beside other anti-inflammatory cytokines has an important role in AS and why oxLDLs accumulate in intima.

When there is high level of oxLDL, rate of removal mechanism must increase to take extra cholesterol out of macrophage and after that to the liver. And it(increasing the rate of reverse mechanism) could be done by inhibitors or regulators(when natural way could not effort enough excretion). => drugs like TONSHINONE

There is huge amount of information about how regulation of adhesion molecules, costimulatory molecules, antigen presenting molecules and anti-inflammatory or inflammatory molecules could have effect on oxLDL accumulation in macrophages and T-lymphocytes which cause damage induced by hydrogen proxide.

So accumulation of oxLDL molecules in Macrophages has genetic reason and why human being evolved in this way is a question for geneticists but how this happens could be explained by tracing adhesion and signaling molecules.

This is one of the texts about oxLDL accumulation and AS.

Macrophages take in, a large number of oxidized low density lipoproteins (oxLDL) under the intima and then become foam cells, which is one of the early signs of atherosclerotic lesions.

ATP-binding cassette transporter A1 (ABCA1) is an integral membrane protein that transports lipid from the cells to the liver with subsequent lipid excretion by bile at last. This reversal transport inhibits the formation of lipid.

This text shows how regulating cytokine waterfall and pro-inflammatory cytokines could have impact on creation or removal of foam cells.

They experimented that Tanshinone IIA (a molecule extracted from root of Salvia miltiorrhiza) significantly increased expression of ABCA1 in macrophage-derived foam cells, raised the outflow of intracellular cholesterol, and inhibited the formation of oxLDL induced foam cells. 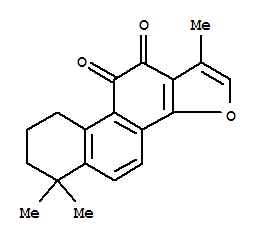 T-lymphocytes in plaques are mostly CD4+ T-lymphocytes which belong to Th1 subtype. Most of CD4+ T-lymphocytes are active and can induce “cytokine waterfall” as well as secrete proinflammatory cytokines interferon-gamma (IFN-y), IL-12, and other cytokines, eventually leading to inflammation. Experiments showed that Tanshinone significantly inhibited production of Th1-derived IL-12 and IFN-y in a dose-dependent manner. T-lymphocytes play a role in the formation of AS, mainly because of proinflammatory cytokines secreted by T helper type (Th) 1 or Th2. Therefore, Tanshinone can inhibit the formation of AS and stabilize plaques via reducing the secretion of Th1 or Th2. Moreover, T-lymphocytes are activated to express CD40L, and the expression of tissue factor and matrix metalloproteinases (MMPs) is then promoted by interaction between CD40L and CD40. TanIIA could improve the activity of superoxide dismutase (SOD), decrease the level of malondialdehyde (MDA), and reduce both the expression of CD40 and the activity of MMP-2.

So normally macrophages could excrete cholesterols but problem occurs when your diet contains high level of cholesterol and oxLDL goes high in your blood.