(Why) are polar bears more common in Labrador than in southern Greenland?

The Labrador Sea is between Greenland, Labrador, and Qikiqtaaluk: 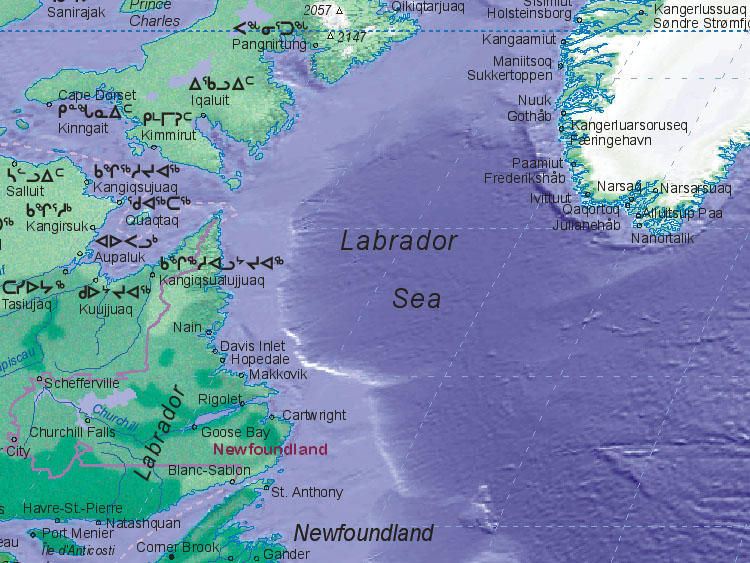 In Greenland the polar bear lives and breeds in the northernmost parts of West Greenland and in Northeast Greenland, but is also occasionally seen elsewhere in Greenland, as it moves with the drifting ice.

However, it is extremely rare for either local inhabitants or tourists to see a living polar bear. The chances of seeing a polar bear are greatest when sailing by ship along the coast.

Polar bears are true carnivores and can be a significant risk to human beings. Visitors travelling and camping in the park are in polar bear country and are at high risk of encounters. Polar bears are almost always present along the north Labrador coast.

The observation that polar bears are more common in Labrador than in southern Greenland is supported by Derocher (2010), Nature: 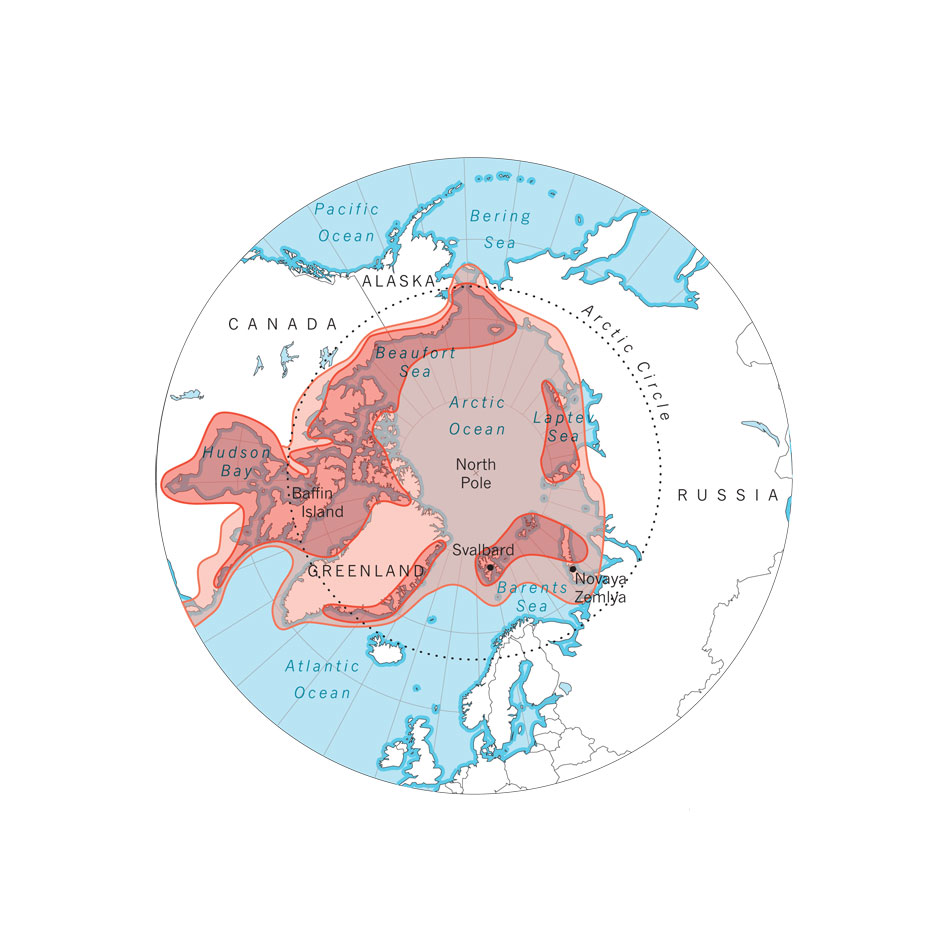 Polar bears like the sea ice edge, but this is very far from either Labrador or Greenland when at its fall minimum. When sea ice is at its spring maximum, both Labrador and almost all of Greenland are packed deeply in ice (see maps below).

Then why are polar bears so much more common in Labrador than they are in southern Greenland? Arey they really? And how do they survive all summer long, when the sea ice is very, very far away? The occasional tourist might not be enough, I guess. 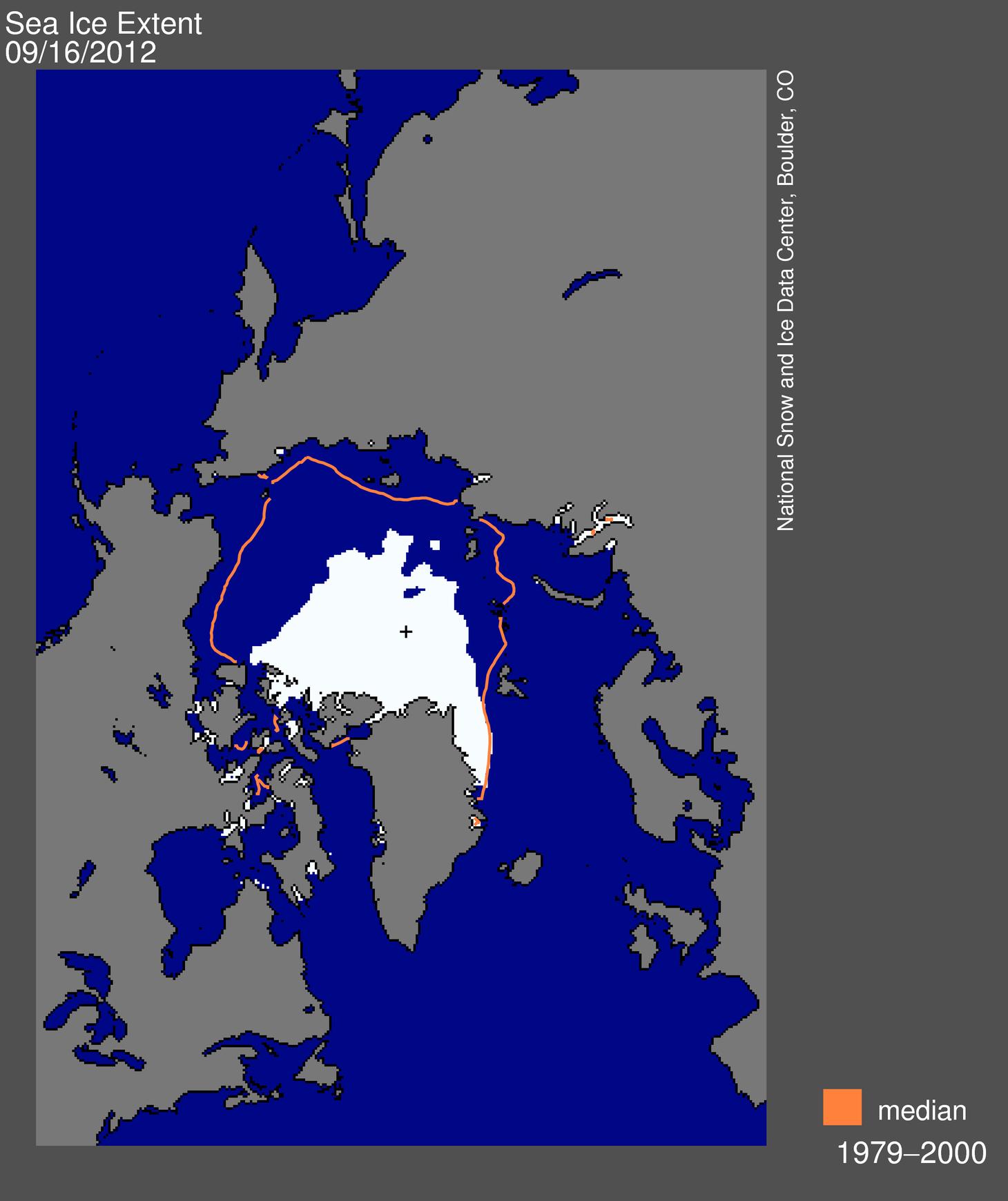 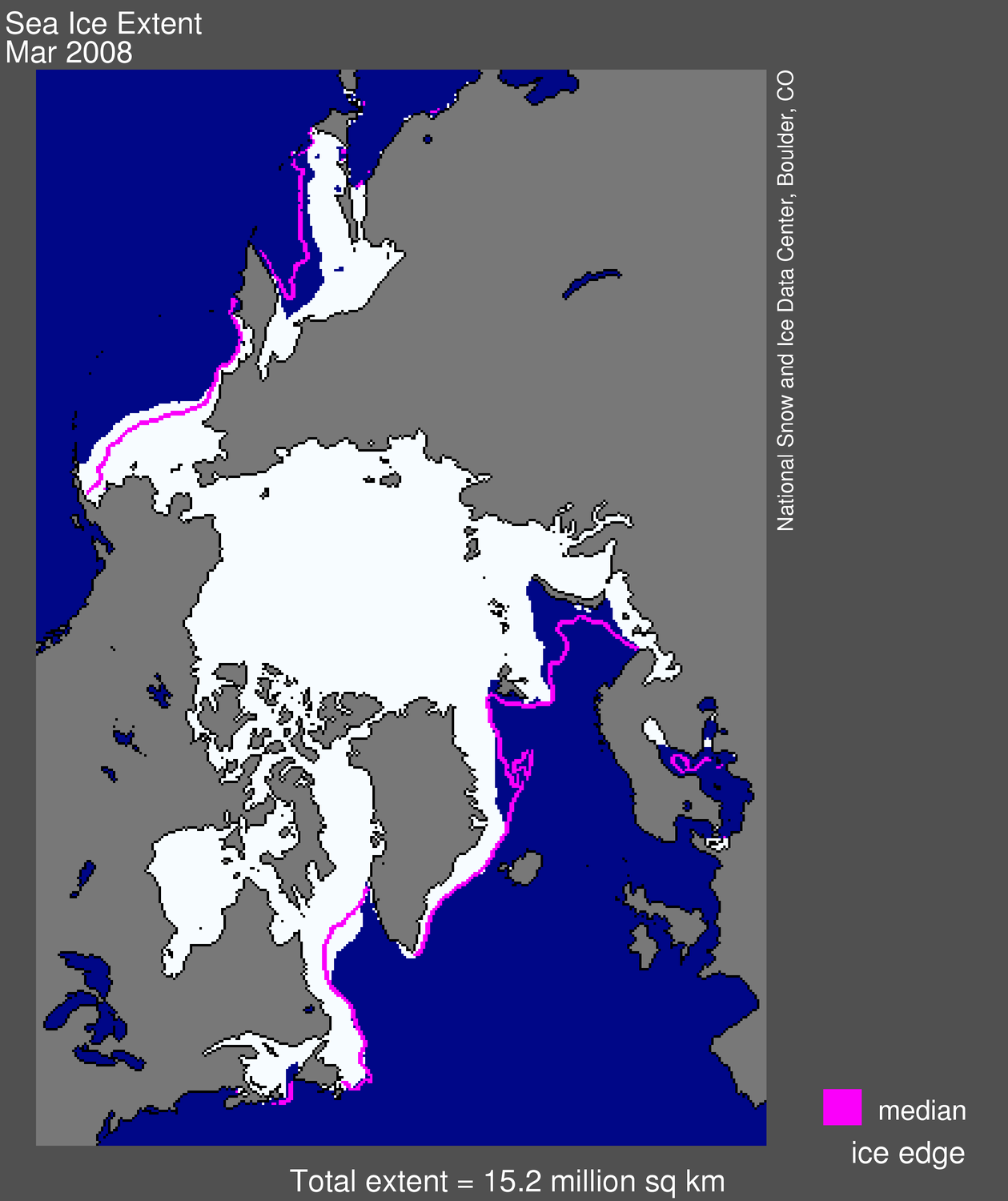 I think the lack of sea ice coverage would point you somewhere- even with the maximum sea ice coverage picture, the SW corner of Greenland has next to none, which may impact the carrying capacity for both bears and prey animals on that narrow strip of land between the ice cap and the sea- less space and less things to hunt, less ways to get around, etc. And then there's not much continental shelf over there, either.

Labrador is surrounded by more continental shelf, which might contribute to higher levels of sea ice at high levels and greater seasonality. Might lead to more prey?

This article might get you somewhere:Polar Bears in a Warming Climate

Not the answer you're looking for? Browse other questions tagged zoology ecology species-distribution or ask your own question.

7
Did dinosaurs have more than one brain? If so, why?
3
Color of the Fur coat of Polar bears
9
Why does ostrich meat look and taste more like beef than chicken?
2
Cats, Dogs and Bears - how are they related?
6
Why are there ecosystems?
9
Are there any known mutual symbiotic relationships that has more than two agents?
5
How can omnivores be in more than one trophic level?
12
Why do animals have more heavy nitrogen and carbon than plants?
0
If coelocanths are more related to humans than groupers -does a Coelocanth's DNA literally have more sequences in common with a human than a grouper?
4
Why are two-winged animals much more common than four-winged?