Why is the opposite of plantar flexion called "dorsiflexion"?

Why is the action of flexing the foot so that the toes move anteriorly/superiorly (i.e. in the direction opposite that which they move during plantar flexion) described as "dorsiflexion?" In the same vein, why is the top surface of the foot called the "dorsal surface?"

If anything, the action opposite to plantar flexion moves the foot in the ventral direction, doesn't it? And surely if you've ever seen a human in the anatomical position, you can see that there's nothing dorsal about the top surface of the foot - it's superior, perhaps, but by no means dorsal.

Anatomical terms must be able to fit a wide variety of organisms, from insects to fish, dogs, horses, chimpanzees to humans. That's why the terms are sometimes confusing to people who are thinking only of bipedal humans.

In anatomy, the dorsum is the upper side of animals that typically run fly, swim or crawl in a horizontal position. In vertebrates the dorsum contains the backbone. In such an animal the "ground side" is the ventrum.

Due to varied orientation on quadrupedal mammals (where the term is more appropriately used) the "back"-side of the hand, the "top"-side of the foot and the upper surface of the tongue are referred to by the term dorsum. 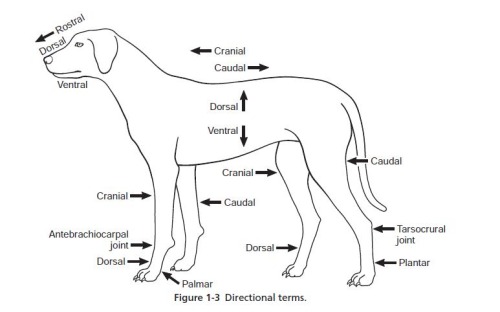 Does this picture help? Note the dorsal surfaces of the body, muzzle, feet.

Similarly, the arteries feeding the bottom of your foot form the plantar arch. Those feeding the top are the dorsal artery (or the dorsalis pedis).

Because anatomy must describe other animals than ourselves with other orientations, it must be consistent. In a quadruped, the dorsum of the tongue and the feet do actually point to it's "back" surface. See the picture below: 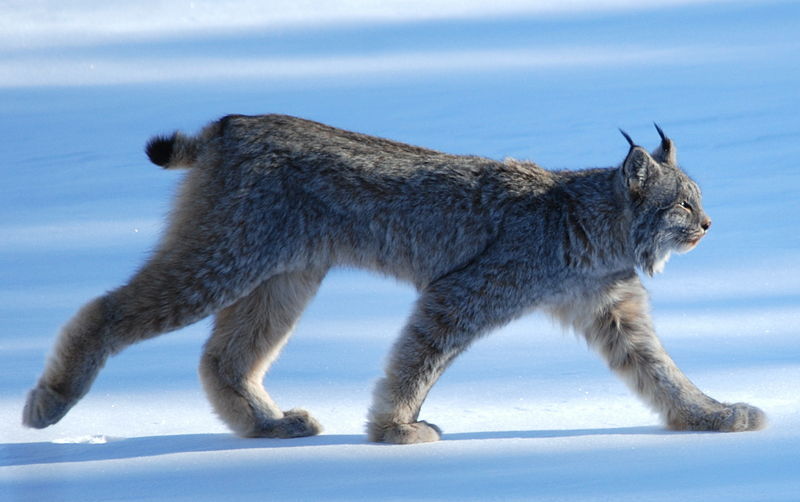 Lynxes have big paws, so it's more obvious that the surface facing the backbone is appropriately called the dorsum of the paw/foot. This picture is particularly interesting because it shows three degrees of dorsiflexion and one paw in full plantar flexion.

Although the other 2 answers are accurate and well thought out, I just wanted to answer this with a bit different focused response.

Given these two pieces of information, we can understand why the terms dorsiflexion and plantarflexion are used: 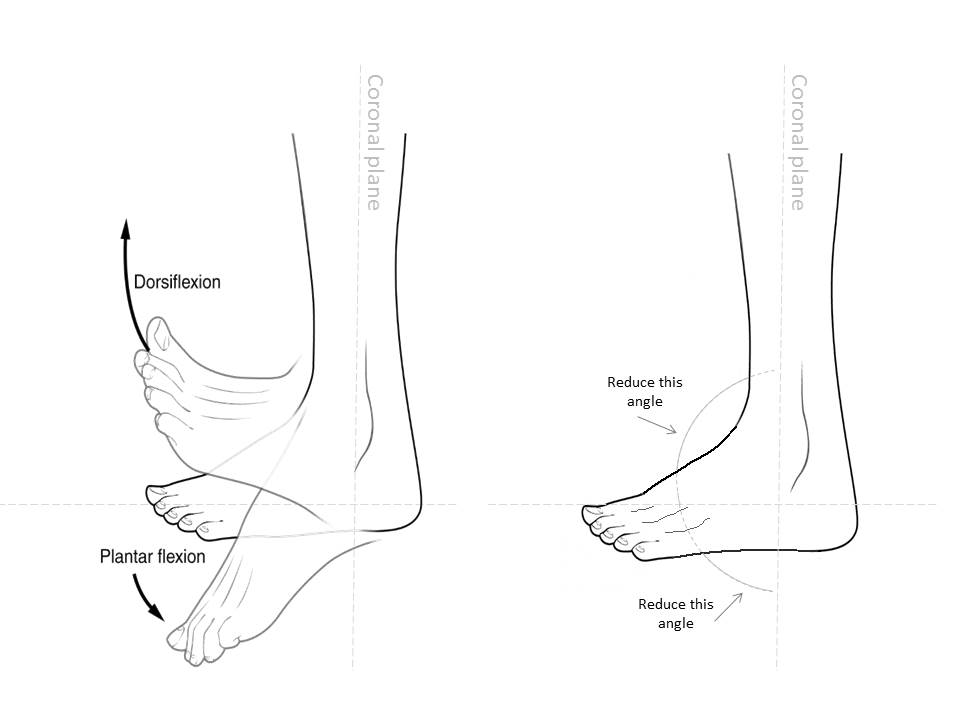 From University of Michigan:

A transverse axis through the ankle joint allows a pair of actions similar to flexion and extension at the wrist joint.

The analogous action to wrist flexion is one that would tip the sole of the foot downward, increasing the angle between foot and leg. The usual term for the increase in such an angle would be extension, but in order to emphasize the relation between foot and hand, this action is instead termed plantar flexion .

The action similar to extension at the wrist would be a tipping of the upper surface (dorsum) of the foot toward the anterior surface of the leg. However, this would decrease the angle between the body segments, and action usually termed flexion. Since the term, plantar flexion, has been used for the opposite action, this is now referred to as dorsiflexion.

Dors/dorsum in Latin simply means "back", and it is rather normal and reasonable to use the equivalent term in English with regard to the extremities (hands and feet), see "back of my hand".

It is medical convention to refer to the non-gripping surfaces of the feet and hands, as well as the upper (towards the brain) surface of the tongue as "dorsal".

My best guess for the etymology sequence is that all the terms were borrowed from Latin anatomical books written by Roman and Greek doctors (Dioscorides, Galen) which named the anatomical structures in normal language (back/dorsum, stomach/venter, sole/plantarum) and these terms were then fixed into modern medical terminology as jargon.

Caveat: I could not find any citation for the etymological sequence, but it seems a rather reasonable explanation to me.

In the same vein, why is the top surface of the foot called the "dorsal surface?"

I don't think the above answers are correct -- they do not really address the question of why the top of the foot is the dorsal surface, and why the surface of the hand opposite to the palmar surface is dorsal.

The reason why the top of the foot is dorsal is due to how the body develops embryologically. See the below figure: 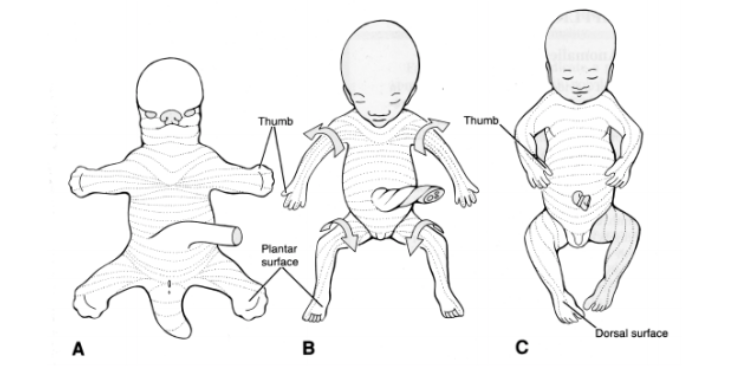 The position of the human foot by human anatomical convention dictates that the human foot is perpendicular to the human body in a standing position, such that the rest of the human body (including the hands with the palmar surface facing forward) , but except the foot, will conform to the anterior or ventral plane versus the posterior or dorsal plane. The foot, at conventional anatomical position will have its own plane, consistent with the same reasoning such that the top of the foot is the dorsum, while the underside is the plantar surface (more correct), or the ventral surface (less acceptable due its confusing orientation).

The plane of reasoning for the entire human body at anatomical position above ends at the distal junction of the tibio-fibula with the tarsal bones, such that the human feet will have its own surface plane directly perpendicular at 90 degrees to have its own 'dorsal' and 'ventral' surface.

The feet as such is in a special position compared to the rest of the human body's plane surfaces to warrant its own. Thus by convention, one may acceptably hear 'antero-flexion' or 'dorsi-flexion' of the foot, but not 'supero-flexion of the foot' which sounds sort of disagreeable.

Not the answer you're looking for? Browse other questions tagged human-biology human-anatomy terminology anatomy etymology or ask your own question.

13
Using anatomical terms for human organs and parts of plants
1
How do we determine what we call "flexion" and what we call "extension"?

6
Why does the sacrum fuse together?
3
Why are plant buds called 'eyes'?
3
Is curling the fingers considered digit flexion?
3
Why is the central tendon of diaphragm called a tendon?
4
Why is the prefrontal cortex called such?
2
Why are plasmids called plasmids?