Why does gaining a hydrogen in biology considered reducing a molecule? [closed]

Hydrogen can accept electrons or donate them, so it can get a bit confusing. For instance, hydrogen donates electrons from a reducing agent. For example, in biology, consider cellular respiration. A co-factor will carry electrons often by reducing an atom with a nitrogen. 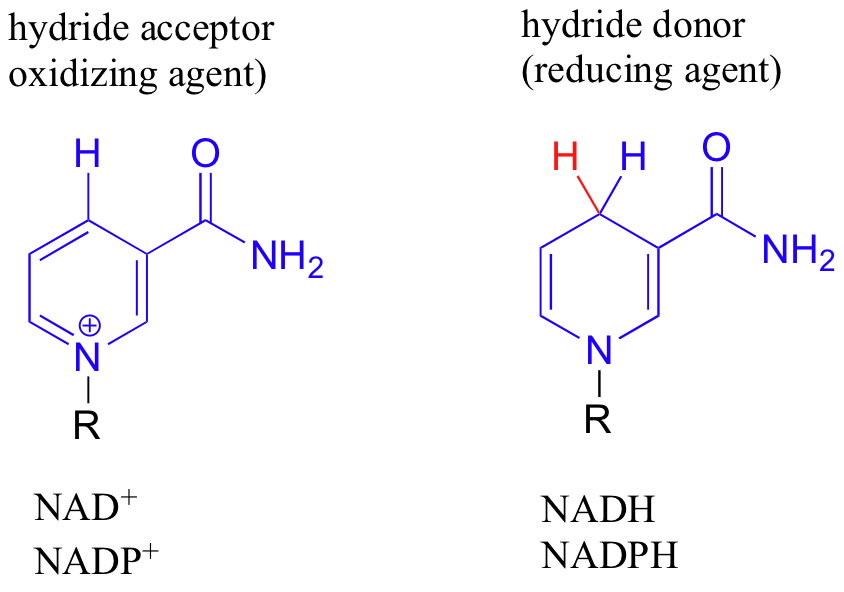 The nitrogen atom on the Pyridine group has an oxidation state of +1. When it picks up a hydrogen, to become NADPH, the oxidation state will go to 0 by gaining electrons brought by the hydrogen. Although the hydrogen doesn't bond to the nitrogen directly, it breaks the double bond on the para carbon (The carbon on which the new hydrogen is attached) at the top of the ring, and thus distributes the electrons to the nitrogen.

EDIT - Hydrogen comes from some reducing agent, not a free hydride I'm sure.

16
Online Molecular and Cellular Biology Video Lectures?
0
Definition of Phenotype
9
Do only one or both pairs of homologous chromatids exchange genetic material during the process of crossing over?
1
Molecular/cellular biology textbook to consolidate what I know about molecular/cell biology
2
Pyruvate oxidation - where did the hydrogen come from?
0
Measuring transgenic gene expression with a microplate reader
6
Does the term 'protein expression' refer to the production of proteins only or also their regulation?
4
Genomic library preparation: Why does the restriction enzyme not cut into the gene?