What is meant by nucleated in this context?

Hi I am little confused in one of my classes; because the teacher will say that " the actin is nucleated by the ARP 2/3 complex" or "microtubles are nucleated by the centrosome". Unless I am misunderstanding, I don't take this as having anything to do with the nucleus as in the nucleus inside a cell. ( or does it). so what does this really mean than?

Cytoskeletal nucleation refers to the de novo formation of cytoskeleton filaments. If microtubules are nucleating, that means microtubules are being polymerized from lit. "From the beginning" by α/ß-tubulin dimers. So literally, and we see in the image below, Arp2/3 complexes act as progenitor sites so to say for new actin filaments by the "nucleation" of actin: 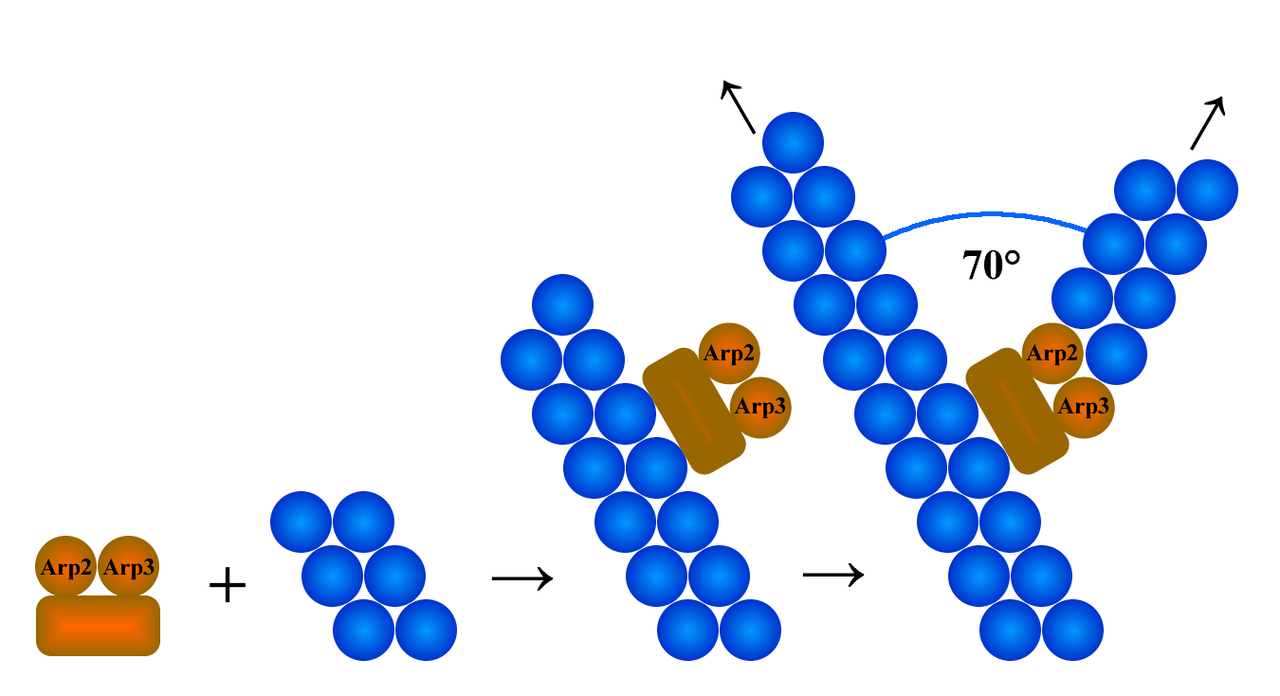 From wikipedia for Nucleation: "Nucleation is the first step in the formation of either a new thermodynamic phase or a new structure via self-assembly or self-organisation."

In this context, i feel nucleated means being a "core structure", a substrate for the organization of one or multiple polymer chains.

4
What is a DNA-binding domain?
2
Book Recommendations: GRE Subject Test In Biochemistry, Cell And Molecular Biology
2
Retrovirus Production
4
What are the “minimum requirements” for a single cell?
6
How complete is the information in DNA?