Recently a little insect crawled over the carpet. First I did not notice, as its appearance is quite similar to the coloring of the carpet. Then I understood that it is not a rolling crumble, as the window and the door were closed.

I took it on an ordinary sheet of DIN A4 paper, but have not the slightest idea, what kind of insect it is. It makes the impression to have taken a shower of water and dust in a row.

The second photo gives an idea of the size, as it shows a drinking glass turned upside down.

Note: The place this insect was encountered is in eastern Germany 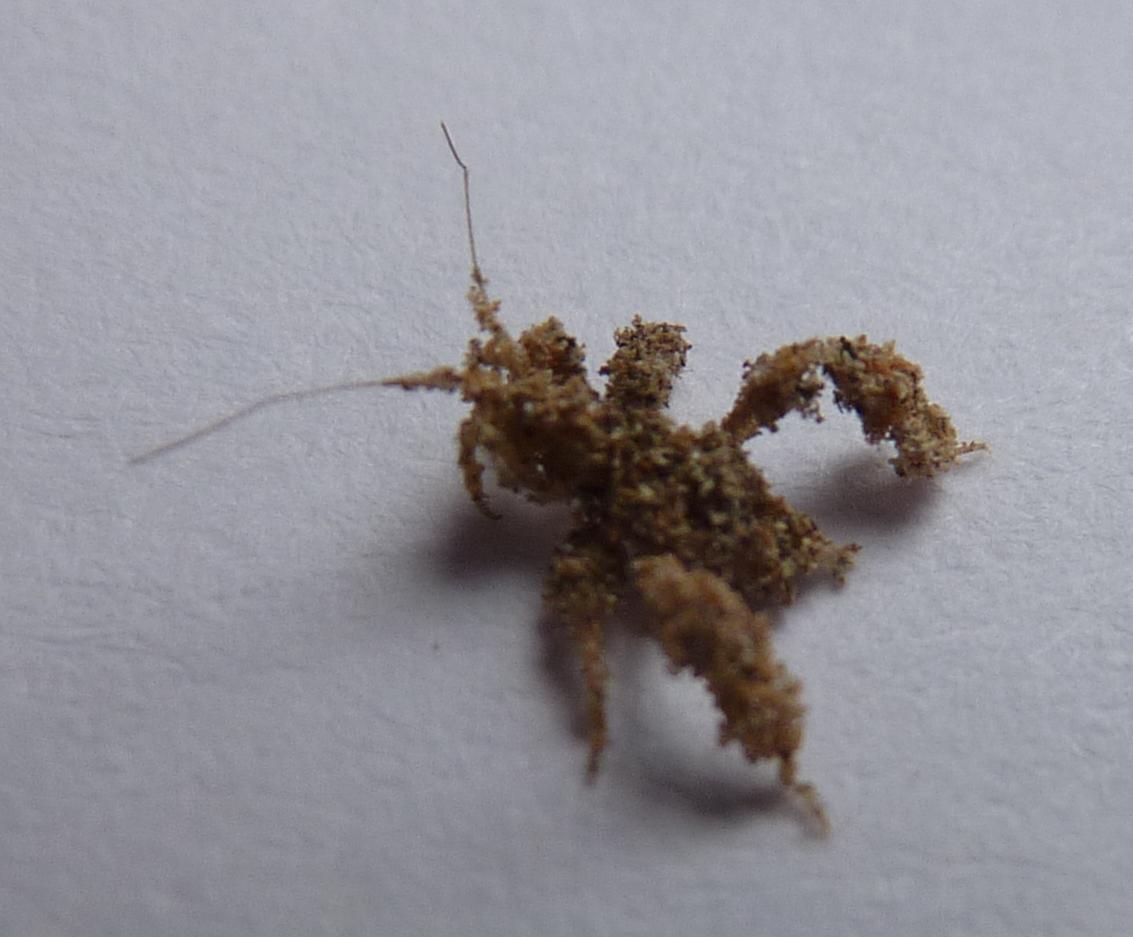 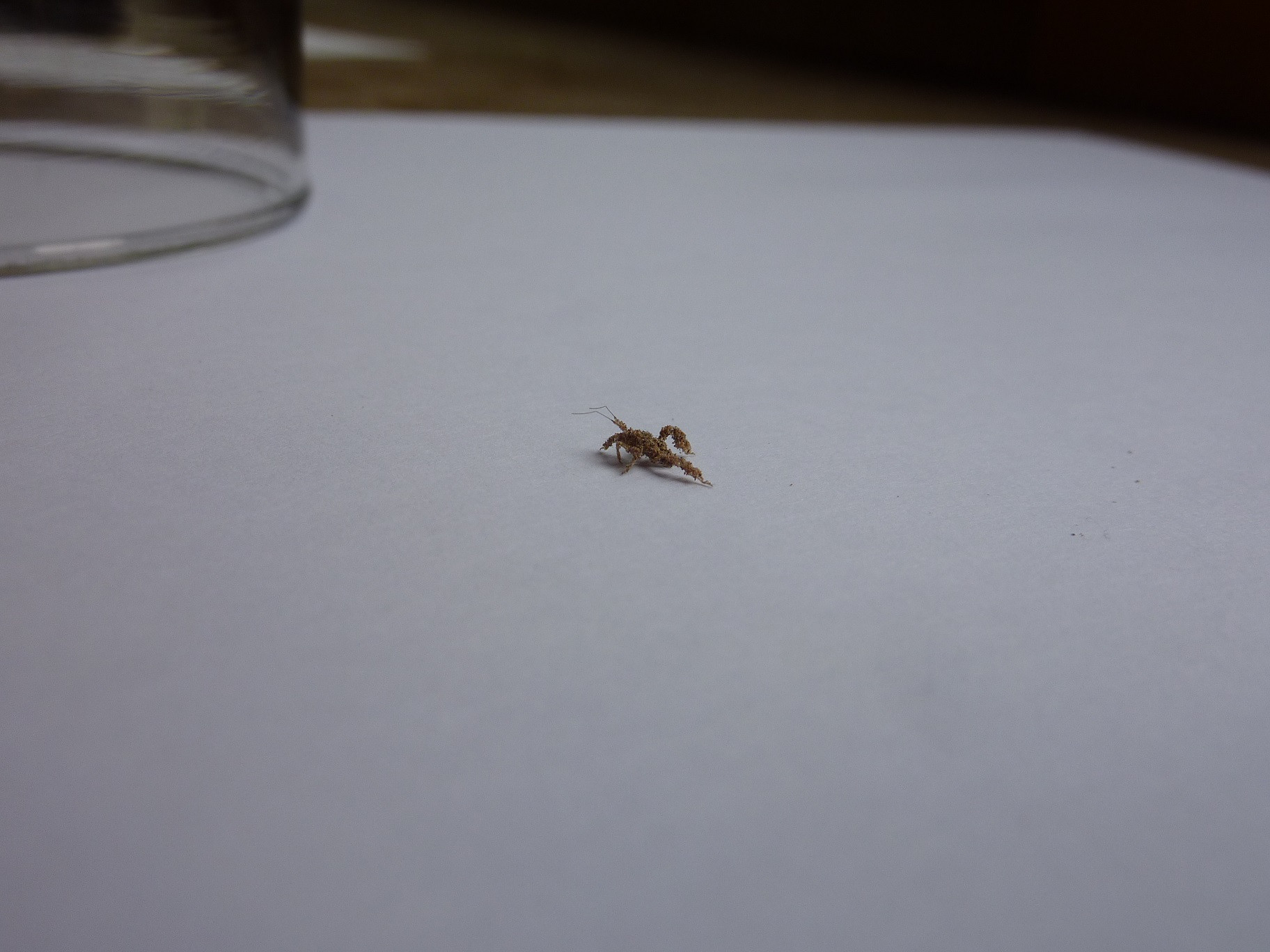 Looks like the nymph of a masked hunter. They carmouflage in dust and sand.

15
What is this sand covered insect?