Case study and speculations on the brain of Edward Mordake

I am very interested in the case of the man named Edward Mordake who lived in the 19th century. In particular, he had two faces. If you have not heard of this man, please, search this up as there are a very few amount of photos, but it is something very, very strange.

However, all the information on him seems to be speculation, so I am looking for a scientific look at this. I am unsure if it will even be possible seeing as how the years have passed and records may not have been accurate.

To be specific, has this condition been noted before? There seems to possibly be differing opinions onto wether the face was indeed its own individual inside, or a low functioning other half of the same man.

Indeed I am looking for any info on the biology of his brain, possibly the neuroscience and or physiology, and of course any comments and discussion.

Mordake was a conjoined twin fused at the head (Fig. 1). Twins conjoined at the heads are rare, occurring only once in every 2.5 million live births. Moreover, in Mordake's case it was a parasitic twin head with an undeveloped body that was fused with his own head. This condition is referred to as craniopagus parasiticus, or épicome / epicomus. Craniopagus parasiticus is an extremely rare teratology, of which only six cases have been recorded in the medical literature (Bondeson et al, 1989). 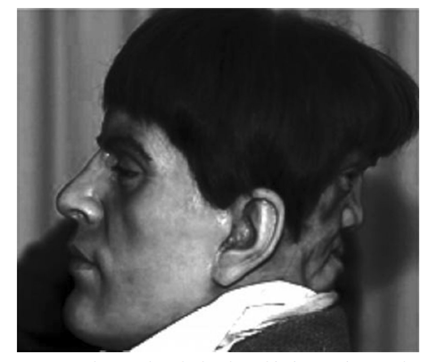 The story of Edward Mordake is, however, obscure and met with skepticism. Moreover, no medical details are known as far as I know. However, he was reported to be intelligent and healthy, just depressed by the second parasitic head (Bosmia et al, 2014). To me it appears a story of a person with a normal brain and a parasitic face attached to his head. However, there are rumors that the parasitic head could talk independently, leaving open the possibility that the parasitic head may have contained a separate brain, or shared Mordake's own brain.

More is known about the double-headed Bengal of Everard Home (Fig. 2). 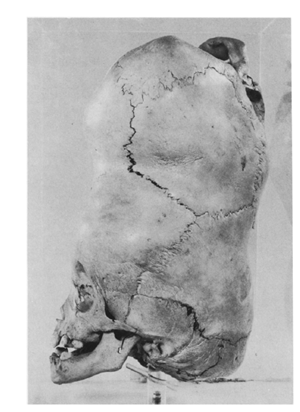 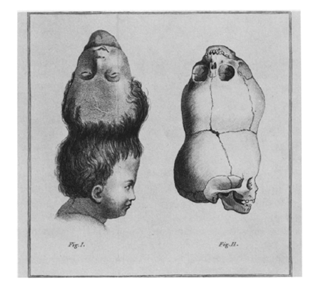 The natural head and body were perfectly normally developed, but a number of anomalies were noted on an examination of the parasitic head, such as excessive tearing and the absence of pupil reflexes. Upon dissection the parasitic head was shown to show various anomalies, such as missing anatomical elements (e.g. auditory canal) or underdeveloped structures (e.g., small lower jaw bones). Importantly, the brains were separate from each other and covered in individual and proper coverings. The dura mater of each brain adhered firmly and contained many large vessels. Bondeson et al. (1989) describe the remainder of the six cases as well, which were still-borns or lived just very shortly. They had completely separated brains too.

Not the answer you're looking for? Browse other questions tagged neuroscience physiology brain pathology teratology or ask your own question.

7
What is the difference between different brain regions
5
L1 - L5 layers of the brain
2
Does neuroeconomics study the brain or study economics?
1
Is there a scientific name for the field of study focusing on the hemispheres of the brain and their control of opposite sides of the body?
0
Neuroscience book recommendations
2
What were the symptoms of Phineas Gage after suffering his brain injury?
11
Understanding the brain: how are neurotransmitters released in the brain?
5
Brain wave and motor movement correlation