What is this frog? 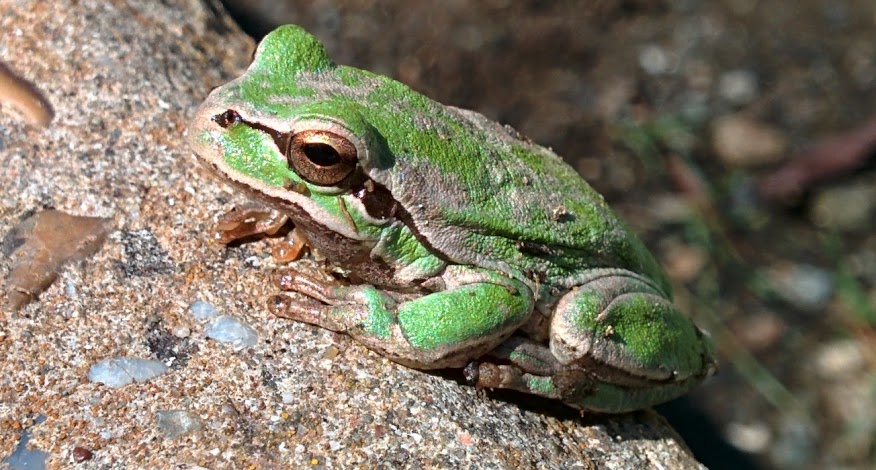 I saw this while walking in Cyprus in early April. It was at about 100m altitude, in woodlands, sitting in the sun on a concrete step beside a muddy ditch; it's about 3cm long.

There appear to be three four types of frog in Cyprus, one of which is actually a toad, and this doesn't really look like any of them --- the closest is the Middle Eastern tree frog (http://en.wikipedia.org/wiki/Middle_East_tree_frog) but the colouring doesn't match and my frog is much more wrinkly and chunky-looking.

So what is it?

This patchy frog looks similar to one of the Gastrotheca species: 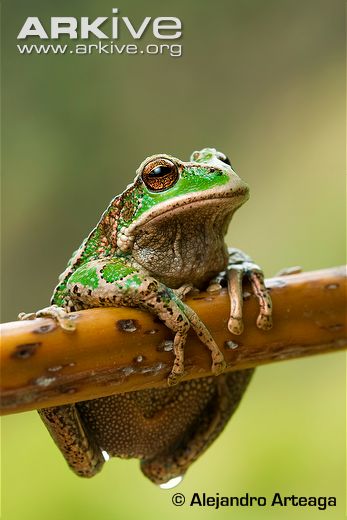 Since, frogs from the Hyla genus, look near enough exactly the same, it's fairly improbable to get an %100 accurate answer from a single picture. Not to mention, they change colour depending on their present surroundings and environmental conditions, making some of the more bold, distinguishable features in relation to visual appearance, that you could use as part of classification, no longer valid. However, the region of the frog helps in the process of elimination.

The frog and toad species with the greatest populations in Cyprus are; bufotes viridis; Hyla Savigyni; Pelophylax bedriagae. The toad Pelophylax cypriensis, is present too just not in as great populations.

In my opinion this frog in particular shows the greatest affinity to a mature Hyla Savigyni (Audouin) (shown below): 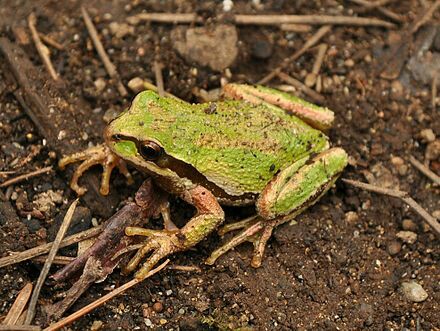 The frog in the picture you posted shares characteristics with the Pelophylax bedriagae, also found in cyprus: 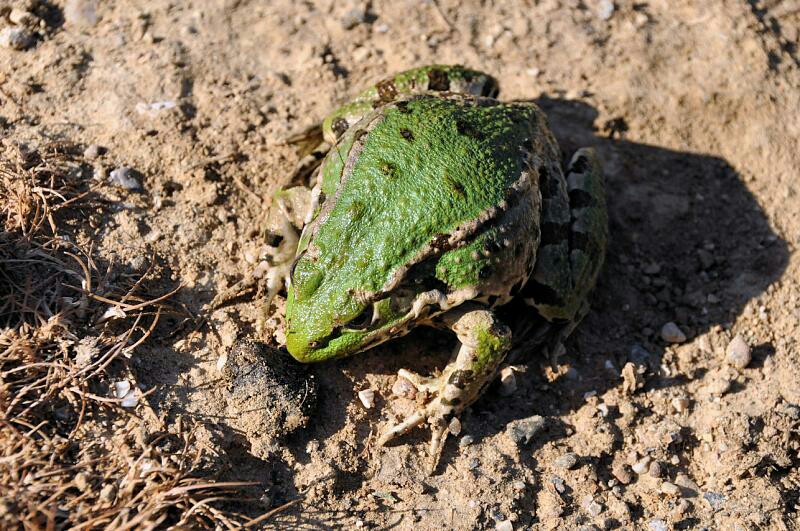 More specifically, the dorsal spot distribution (although they're black in this picture); the dissolving white/cream border to lateral band and position; white "patches" on the legs etc. Notably, the nodules are of different size too; amongst the many other differences. The size of the two species differs largely, as well.

You stated how the frog you captured in the image above had a rougher texture than the those you've seen. This could be due to the factuality that in some genus's, the males have rougher skin than the females. As well as the skin texture, sometimes male frogs have "thicker" and more muscular front limbs than their female counterpart! Considering this, you may now be able to spot one of the reasons towards the theory, of why female frogs are larger in overall size, than males. During mating, the male has to fully mount the female which, obviously would cause strain and possible injury. You can relate this to us as humans: if you were to mount (like a frog) your partner and you weigh more than her there's an increasing probability that she will get hurt; unless it's Ronda Roussey - it would be you getting hurt. Incoherently, there are many variables to consider for example, muscle mass of "the one taking the weight". This could be used to explain how some male mammals are more adapted to mating, by having a longer penis (male sex organ) e.g. a Horse.

Hence, the general rule: the larger the objects mass, the greater the resolved downwards force. To put it briefly. Providing you're on earth, and the force of gravity is equal to, 9.80665 NM, that is.

Presumably you used flash to capture the image on the camera, and this sometimes affects identification of the species since, it alters colours slightly and the appearance of certain features. Diverting the direction of the flash on your camera using a device can help avoid this - likewise with an attachment that alters the flash-effect. I have no idea what they're called, to be honest. Hopefully you know what I mean!

Despite my conclusion, I still have doubts. Did the frog make any noises that you can remember? That would help differentiate between members of the same genus.