I've tried to google this but everything that comes up are things like "mathematical neuroscience" rather than the other way around.

Specifically, I'm interested in the workings of a mathematician's brain that sets her apart from others. For example, is there evidence to be found in MRI scans or EEG recordings of mathematicians as to why they excel in math?

Short answer
People competent in mathematics have been shown to have higher activation of the left angular gyrus according to fMRI. EEG recordings have shown larger activity in the posterior parietal cortex.

Background
I think you are interested in what makes a good mathematician. A brain imaging study by Grabner et al. (2011). showed that the left anterior gyrus was more activated in individuals more competent in math. Specifically, the authors argue that the stronger left AG activity in the more competent subjects reflects a higher proficiency in processing mathematical symbols. The anterior gyrus is involved in mathematical symbol processing. 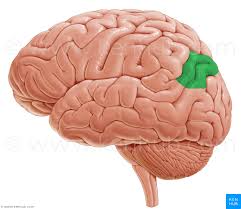 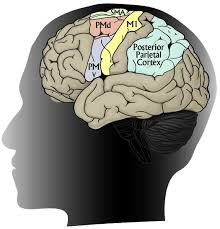 Posterior parietal cortex among other regions not relevant to the question answer. Source: Live Science

Not the answer you're looking for? Browse other questions tagged neuroscience neuroanatomy neurology or ask your own question.