Can scientists name themselves in the scientific name when they discover a new taxon?

There are sometimes people names in taxonomy, like Myotis keenii was names after Mr. Keen who contributed to discover the species. So, if you discover a species and someone else is constructing the scientific name and names you, it's clear. But when you discover a species and you publish it in a paper, can you propose a scientific name that contains your name? Has it ever happened, or is it considered an unhealthy practice?

The answer is that in general, self-naming is severely frowned upon in the scientific community, but the act itself is not disallowed.

There have been at least two instances of self-naming recorded in literature, as stated in John Wright's book The Naming of the Shrew, page 34, where Jules Bourguignat named a species of snail after himself as Ferussacia bourguignatiana. The naming was apparently very poorly received (being referred to as taxonomic onanism), although I was unable to confirm this by locating the original citation.

Another example was given in the book on Sigismund Hochenwarth who named a species of moth (now Syngrapha hochenwarthi) after himself (original citation here). 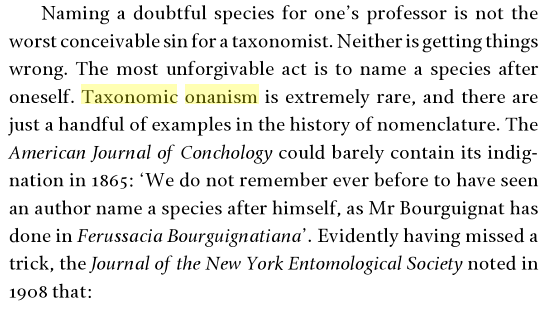 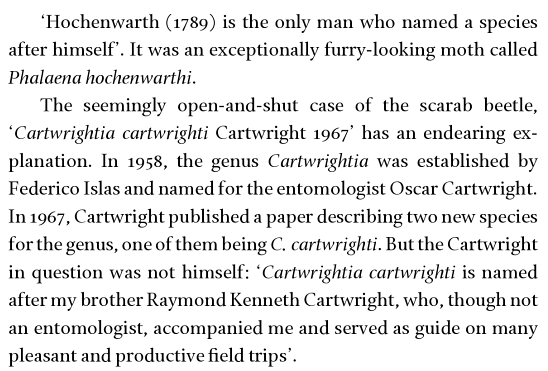