How do minute changes in an organism, as a result of evolution, get carried over to next generation

The theory of evolution states that random variations in organisms occur to better suit their surroundings. We take for example a bacteria's flagella. There's a bacteria who has a tube kind of structure that it uses to inject toxins in other cells. Structure of flagella and this tubular structure is very similar. So biologists state that this is clear evidence for evolutionary process wherein this tubular structure underwent gradual changes that resulted into a flagella.

Now my question is, minute changes did occur to this tubular structure, but how do those changes get carried over to the next generation? Almost all components of a cell are created as per the instructions coded into DNA. So does it mean that every minute changes that occur to an organism get recorded into DNA so that they can be carried over? In above example, assume, that a few proteins got accidentally attached to the tubular structure that will help the structure to rotate. Now when this temporarily changed bacteria gets divided into a new one it will have lost that change. So to actually carry over this "beneficial" change would the bacteria have changed its genome? How does this happen? What is the basal mechanism that supports evolutionary changes?

As populations expand, generation by generation, they will inevitably run into limits on resources. Not all individuals in a population are exactly alike as some will have traits that give them an advantage in survival. A change in any aspect of the environment can suddenly turn what had been just another variation or variant into either an advantage or a disadvantage If a selective pressure (i.e. change in the environment), acts against or upon the differences between the individuals in a population, you get natural selection, which, through time, can cause a population to evolve 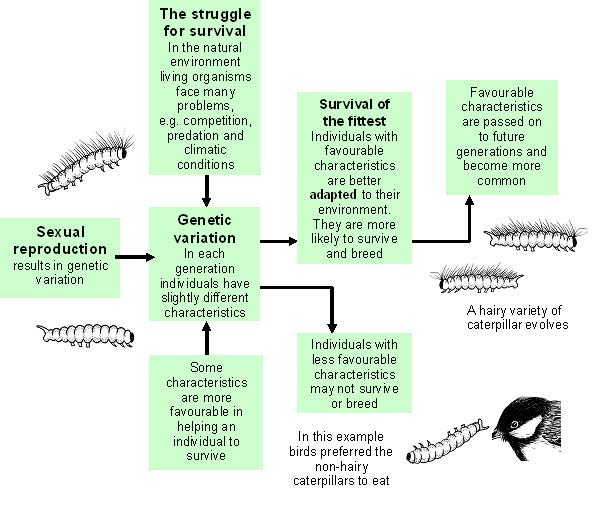 Very rarely does the external environment directly change the DNA code (you can argue about epigenetics, but that's a different can of worms). Changes in the environment usually dictate the survival of organisms with different traits. In fact what usually happens is a change in the DNA code occurs naturally due to mutagenesis and that change undergoes the rigours of natural selection.

So in you case what might have happened is (I am postulating here, I would recommend a literature search to verify this), your bacteria had a tubular structure that it used to inject toxins in other cells. Some bacteria (due to genetic variation in sexual reproduction) had mutations that allowed it to move this tubular structure. This allowed it to survive more efficiently, and hence reproduce more. Eventually this population of bacteria, slowly replaced the bacteria who had no locomotor control on their "tube", and hence one stage of natural selection has occurred. Now this happens again and again, till the efficiency of the locomotion is optimal.

Not the answer you're looking for? Browse other questions tagged evolution bacteriology molecular-evolution or ask your own question.

22
Why would a single celled organism evolve to be multi-celled?
1
Why do peas change colour?
1
Has a new functional structure ever been observed arising spontaneously?
12
Is there a name for the evolutionary loss of vestigial structures?
3
Have humans finished evolving?
2
What are the (correct) terms for these flagella-arrangements?
1
Is it true that it is mostly impossible, for any kind of antibiotic, to succeed in killing off every bacteria in a very rich environment?
11
Is there a bacterium that became a virus?