During the process of correcting mutations via gene therapy, is the defective gene removed?

Just recently started learning about gene therapy, many websites explain that the corrected DNA can be added to the genome using a vector and all that. I just don't understand what happens to the other sequence of nitrogenous bases that codes for the incorrect protein. Thanks in advance for any answers :)

To be specific: I am talking about adult, somatic gene therapy here, and germline gene therapy experiments is still a landmine when considering ethical reasons.

The defective gene codes for a defective protein, that usually plays a part in pathways. Since the protein is also defective, that pathway is also rendered defective because of this protein, and usually when pathways go defective, bad things happen.

There are three target approaches to gene therapy:

The only method that corrects the defective gene here is the genome surgery method. By using Zinc Finger Nucleases, or Crispr/Cas9s, TALENS or other methods like that, the defective protein is corrected at the genome level, which automatically corrects the mRNA and protein, and everything works as it should. 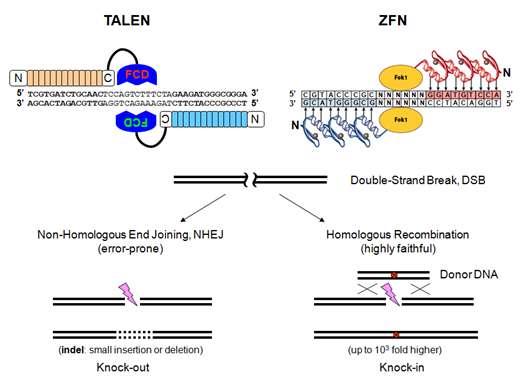 Other methods like Antisense, just prevent the incorrect protein from forming. This is really useful if the defective protein is itself toxic to the body, and a replacement protein can be achieved by masking the defective region to produce a truncated but functional protein. 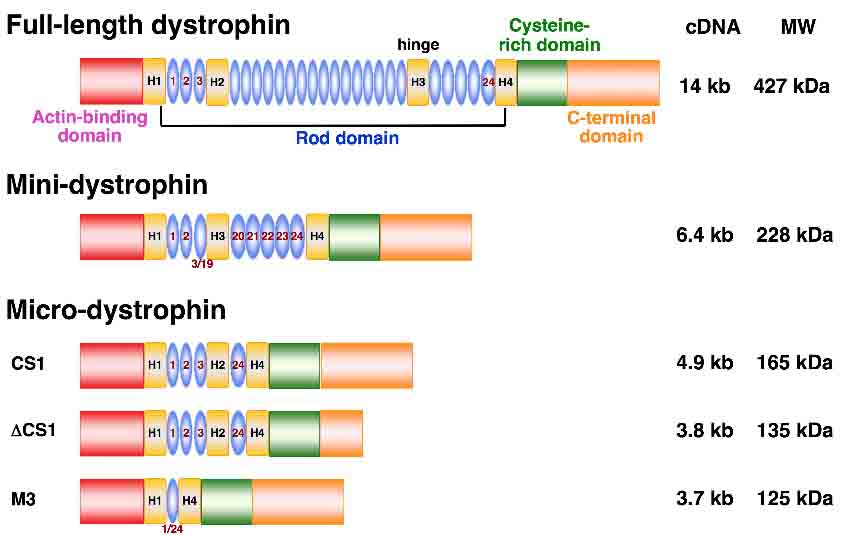 Now depending on the type of disease the individual has, gene replacement may also take place along with gene knockout (depending on if the defective gene is toxic), but obviously many considerations have to be thought about before the combinatorial therapy can be used (toxicity of treatment itself being the primary concern, followed closely by efficacy).

Now obvious question with gene replacement, antisense or any other form of gene therapy is how we get the therapeutic agent to all cells, and yes that is a major challenge, and that's why gene therapy is expensive. And no, the therapy doesn't correct all the cells in your affected tissue, but it aims to correct majority of the cells, and that should restore function (atleast in myopathies like the muscular dystrophies)

As you can see here, in DMD, dystrophin gets muated due to a mutation We can either mask the mutation by Antisense therapy at the level of the RNA (which leads to a functional protein forming), put in an alternative form of dystrophin (mini or micro dystrophin) that takes over the function of dystrophin in majority (if we are so lucky) of the cells, and the overall phenotype of the individual improves. Recent advances in genome surgery are also being investigated for ameliorating disease symptoms. The reason I concentrated on DMD is that, gene therapy for DMD is my PhD. So apologies for the bias.

Not the answer you're looking for? Browse other questions tagged cell-biology dna molecular-genetics or ask your own question.

2
Basic text/notes on DNA structure (for non-biologists)
3
Why do we use DNA sequencing methods such as shotgun?
1
Ways to measure effectiveness of a gene therapy trial?
2
What are microRNA, siRNA and antisense RNA?
5
How to edit/insert new gene after cutting with CRISPR/cas9
1
How do PrP mutations lead to prion disease?
5
Are redundant codons used in translation?