Why are there more stomatal openings on the lower surface of a dicot leaf?

This causes more transpiration to occur from lower leaf surface. What's the exact reason for why are there more stomatal openings on the lower surface of a dicot leaf?

botany plant-physiology
Share
Improve this question
asked May 12 '15 at 16:15

Firstly, it is not necessary that all dicots have stomata on their lower surface of their leaves. The lotus Nelumbo nucifera has its stomata on its upper surface, due to the lower surface of its leaves being in contact with water, and therefore unable to transpire effectively.

The paper then analyses the correlation observed between parameters of leaves and their stomatal locations.

By using a number of computational models (which conclude that given the set of assumptions in the paper, leaves should not generally be hypostomatous), the paper addresses the faults of the model and concludes that there is no one single reason why leaves are usually hypostomatous, and then brings up a couple other possibilities that may help in explaining the majority of plants being hypostomatous. 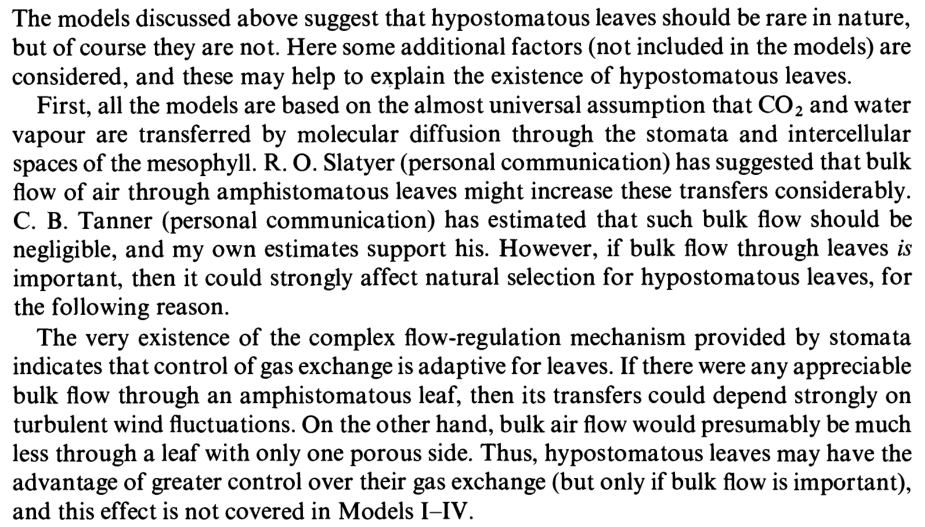 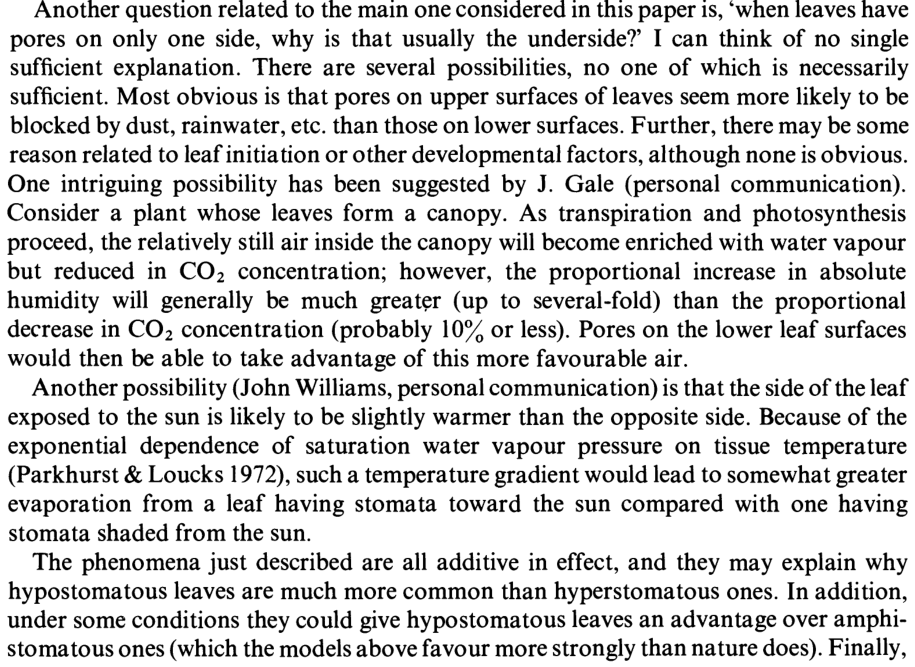 7
Can I estimate leaf temperature from air temperature? What other information would be required?
4
What biological processes can affect the temperature of the shadow a tree casts?
9
Why are plants referred to by their Latin species names, and not by their popular names?
5
Why upper surface of leaves is more green and shiny than the lower one?
7
Are four-leaf clovers mutations, developmental errors, or something more complicated?
1
What is the difference between transpiration and evapotranspiration?
0
Effect of light intensity on the frequency of stomata
0
Are there organisms that "branch more" near the leaf?