I have tried looking this up on google (sadly, to no avail), and I am guessing they might be multicellular (like bird eggs) or consist of one cell plus corona cells, or indeed unicellular.

Yes; the first division starts at around 45min post fertilization in zebrafish. This picture is stuck in every zebrafish lab. 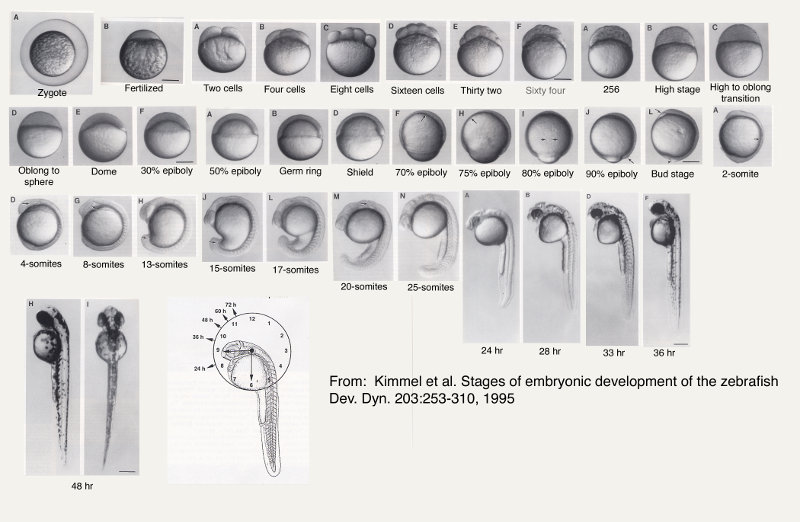 If the fish eggs are unfertilised, then they are single celled (but in the haploid state - a state with half of a full set of DNA for an organism). However, if it is fertilised it will only remain in the single celled stage for approximately 45 minutes (depending on species (in this case I'm using the zebra fish). After that 45 minute period the cell begins to divide.

What actually makes caviar so expensive is that (according to most websites I've found) it actually is an unfertilised egg collected from a Sturgeon. There seem to be a few different ways that caviar is extracted. Extracting the ovaries after stunning the fish (which is explained on Science: How Stuff Works - and gives more information on caviar), more or less giving the fish a Caesarian section, and the final way that I noticed was called "stripping" which is a non-sergical way using an ultrasound.

The News Article on the ultrasound procedure of collecting the roe suggested that it wasn't yielding good results.

So, caviar is actually a single haploid cell.

2
Why are hard boiled eggs so homogeneous?

3
What Freshwater Fish Are Affected By Magnetic Fields
2
Book Recommendations: GRE Subject Test In Biochemistry, Cell And Molecular Biology
17
How can Valonia ventricosa cells get so big?
17
Contact Inhibition of Cell Division: Signaling Pathway
5
What are fish seeds?
5
Why are fish constantly in motion?
1
Why don't fish get hurt with so many sharp fish bones?