What does the energy in an energy pyramid represent?

Suppose the energy at the second trophic level as given in an energy pyramid is 100 kcal per square metre. It could mean either of the two following things: 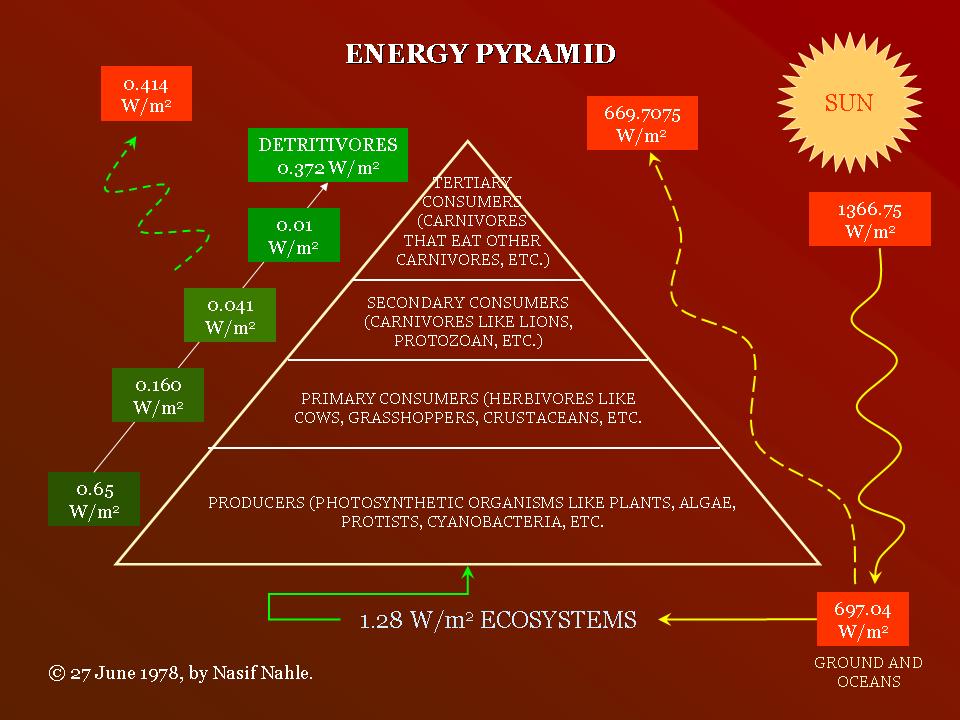 8
Does the entire surface of the earth contain organisms?
2
Energy flow in an ecosystem
4
In a typical model ecosystem, what might the percentage of plants be to top predators and everything inbetween?
2
Measuring Gross Primary Productivity (GPP) using Light and Dark Bottle methods: Sample Question
6
Explanation of universal model of energy flow
2
Does gross production (P) and biomass (B) mean the same?
2
How is the Energy Systems Language used in ecology?
1
does more biomass mean more energy?