How do roots obtain nutrition?

I have a city garden (see picture below) and yesterday I was nurturing it and I pulled up a small plant. I saw its root system and laid it in the sun to dry a bit and then scraped of the rest of the earth from it. That gave me a better look at the roots.

Then the question appeared to me. How do roots obtain water and nutrition from their environment. I mean what structures are we dealing with and how does the uptake take place? 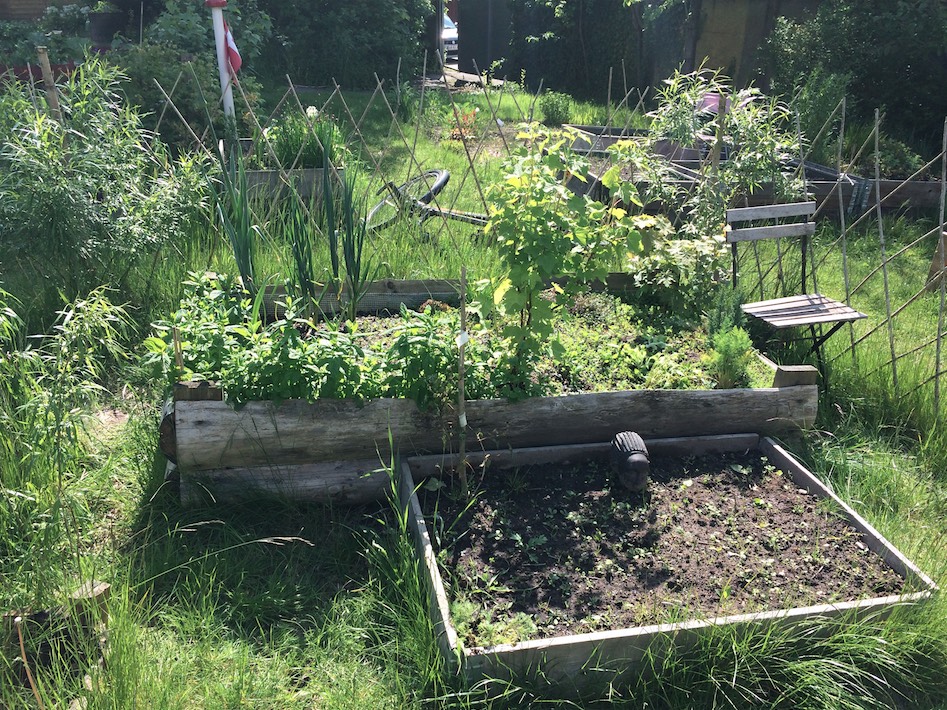 One thing to remember when you uproot a plant is that some of the smallest structures break off most readily. What you will usually see after uprooting the plant are the largest parts of the root structure, but there are often smaller parts which have broken off.

Root structure is highly variable, but the general idea is that one or more primary trunk-like roots strike out toward the most important water sources, and from those primary roots, smaller roots branch out to more broadly extend the reach of the root system. Depending on the size of the plant, there may be several levels of branching, just like you might find in the top of the plant.

Generally, the nutrients that the roots need to absorb come to the plant with the water. They become dissolved in the water and the roots receive them along with the water. Dirt is chunky, not usually homogenous. So there may be more of the nutrients a plant needs in one area than another, or water may flow more easily through one area than another. The roots are able to grow in the direction of what they need, which is why you will occasionally find strong roots actually breaking into plumbing to get at your water. Mostly, it is water that they seek out, because the nutrients are dissolved in the water, but the plant may also show preference for a more nutrient rich stream over a larger, cleaner water source. The roots seek out what the plants need over the long term as they grow in one direction or another. For many plants, by the way, this means a simple strategy of simply growing straight down (a tap root), because that's almost always where they find more water with more of the right stuff dissolved into it. This is similar to the fact that many plants grow as tall as they can because that's where they will find the most sunlight, though the general idea is to grow leaves wherever that light might be captured.

Wherever the primary roots land themselves, the smaller root branches extend into the space to absorb as much as they can. They have to be greedy, because there may be days or even weeks when the ground gets very dry, so they have to get while the getting is good. If one of these smaller branches finds itself in a particularly sweet spot, the plant grows that branch more than its neighbors, which is part of how it places its largest root branches in the best spots.

I know less about the microscopic porous cellular structure of the roots. They essentially serve the same purpose as our stomachs and there are some loose similarities to be drawn, but of course, plant tissues, made of plant cells, which have a cell wall are very different from animal tissues.

The uptake system in plants is much more complicated, as Mr.Baily opened the anatomy and structure of root I will only explain the uptaking system. When plant absorbs water it absorbs some elements too, but there is a broblem which is soil particles as the clay is a cloidical substance of soil wich does contain negative charge and most of essential elements are cathionic forms sothey won't solve in water. When a plant want to absorb nutrients it releas protons in soil ,these protons will be replaced by cathions and that's when plant can absorb them . For negative charged elements it is much more easier cause they don't need proton exchange. Plants also need some sugar, bigg ionic compounds,and organic matters ( mostly acids ) to uptake these paticles it's even more complicated, as there is some protein channels wich use energy to insert these materials inside the roots ( last system works based on aqua-porous) Then plant never uptake cathions more than it needs,elemental and metal poisoning is based on flaccid and turgor pressure and parallel exchange or protein channel damages

8
What chemicals and structures control the *direction* of plant growth in leaves, stems and roots?
2
How do C. elegans manage nutrition?
1
Can roots have cuticle, especially aerial roots?
10
How fast is water transported from roots to leaves?
12
Why aren't plants' roots as diverse as leaves?
0
Plant Nutrition
1
Is the quiescent centre only found in monocot roots?