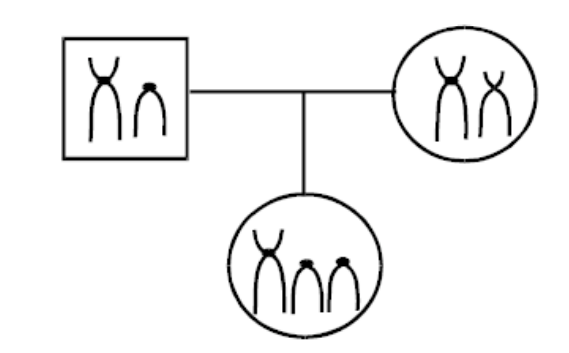 The child has gotten 2 "sick" chromosomes from his dad and 1 healthy from his mom, leaving it with trisomy 13.

Let me illustrate both ways which I see it and you can tell me where I go wrong as my book only illustrates that is the second division: 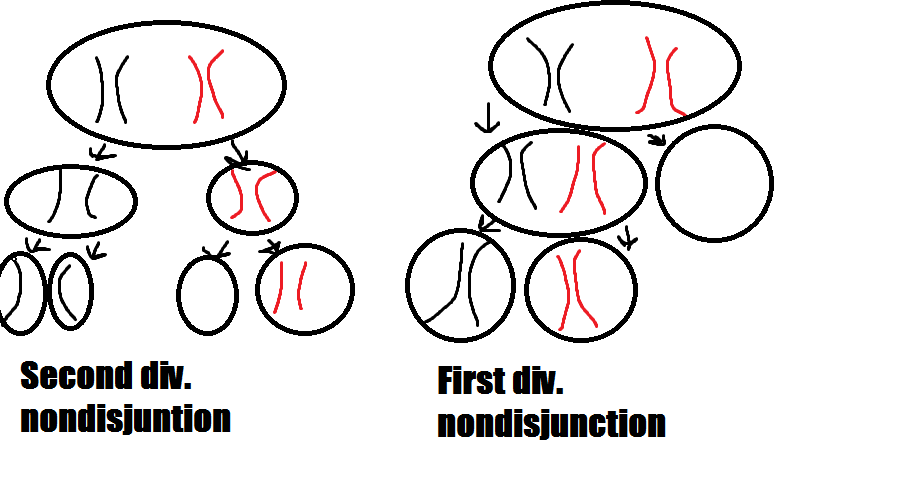 The black is the healthy chromosome and the red is the "sick" one. As you can see, we should end up with a double sick chromosome in both cases??

Furthermore non-disjunction occurs between homologous chromosomes in meiosis I or between sister chromatids in meiosis II. Was this subtlety perhaps what your lecturers/teachers were trying to describe?

Confusion somewhere in the question perhaps.

How non-disjunction leads to a disease karyotype.

Lets pretend that the 'long' chromosomes in the first diagram of this answer are chromatids of chromosome 13. Thinking about the fusion event between gametes - the aneuploidy (n+1) gamete formed from either meiotic non-disjunction event and a normal (n) gamete could fuse to make the trisomy 13 result shown in the karyotype above; there would be three 'long' chromatids rather than two.

Your illustration is wrong. During second meiosis the sister chromosomes go to each their cell, not the same cell.

This would correspond to switching the colors up in your illustration like this: 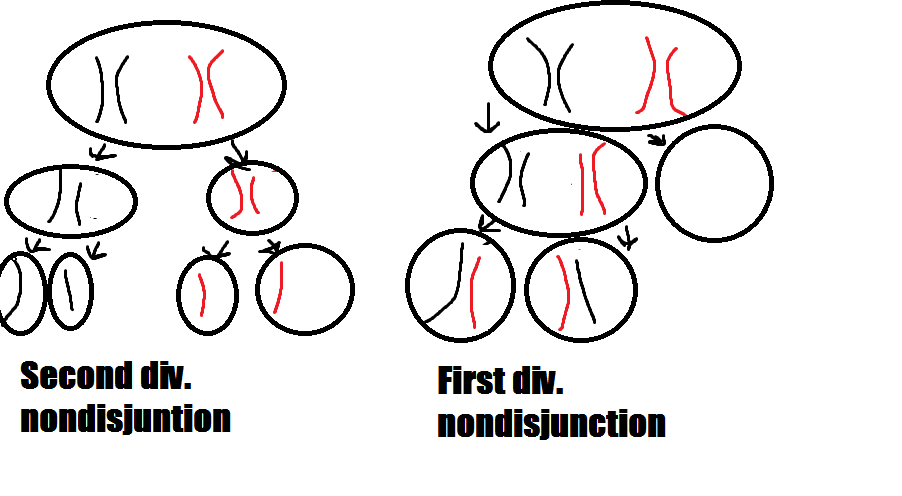 Not the answer you're looking for? Browse other questions tagged human-biology genetics dna gene or ask your own question.

13
Is it possible for two brown-eyed parents to have blue-eyed child?
1
Incomplete Dominance and Probability
4
Bayes theorem for mutations
9
How do chromosome pairs get “paired up” for protein synthesis?
1
Probability of carrying an autosomal recessive trait given both parents are carriers
3
How does the nucleophilic attack in DNA replication occur?
10
Can a blood type O be born from AB and A parents?