What dragonfly is this?

I photographed a dragonfly but can't really identify the species using http://www.libellen.tv/. Are there any other resources I could use? 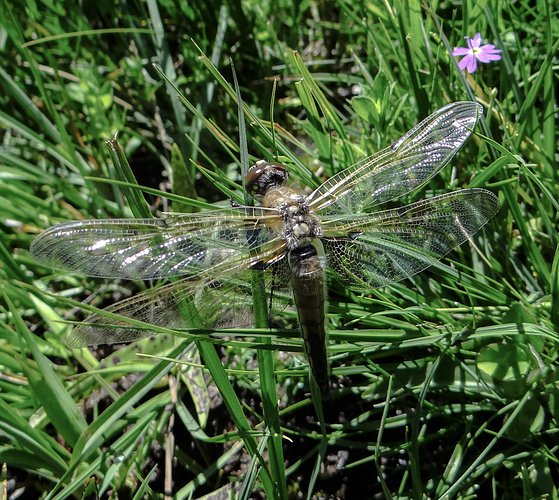 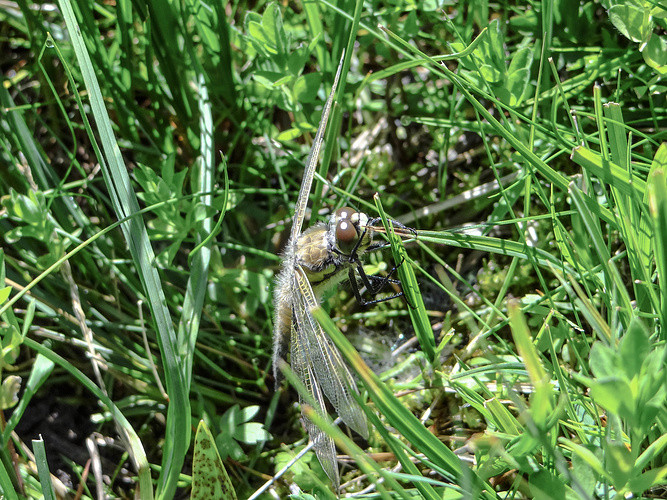 This is Libellula quadrimaculata, which is a common and very widespread species (North America, Europe, Asia at least). This is based on the relatively wide and flat abdomen (hard to judge due to the angle though), which suggests Libellula, brown/golden colour and a brownish wingbase. The main problem I have with the pictures (which makes my suggestion more uncertain) is that it is really hard to see the wingspots in your pictures, due to sun glare. Libellula quadrimaculata is one of the few European species that has four wing-spots (hence the english name Four-spotted chaser), which is why the wing-spots are important to see. However, I think I see hints of wing-spots at the middle of the wing (greyish patches on the top picture), which suggests four spots on each wing pair.

Edit The distinctive four spots vary greatly in size among individuals and though small they are clearly present. The yellowish tint in the wings and the hairy thorax are also distinctive. The shining wings suggest this individual just emerged (from its larval stadium). Colors may be less distinctive in these young individuals.

There are no similair species. 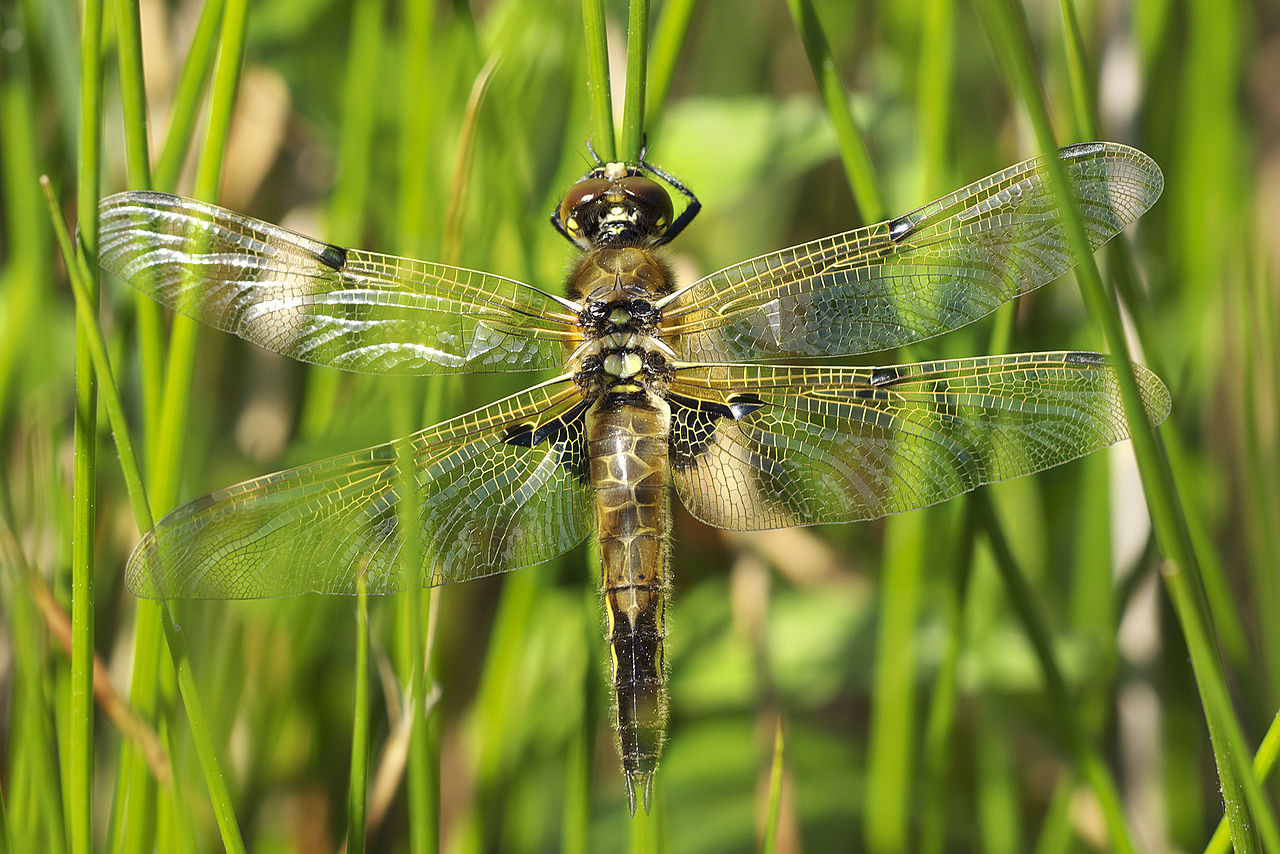 More pictures of the species can be found here