Are there terrestrial plants that thrive on sea water?

Given the existence of coastal deserts such as in the picture below, I was wondering whether terrestrial plants can survive on sea water alone? If yes, why then do coastal deserts exist, instead of being grown over with belts of such plants along the shores?

If terrestrial plants thriving on sea water do not exist, then why? Especially given that there are marine plants like kelp and sea grass? 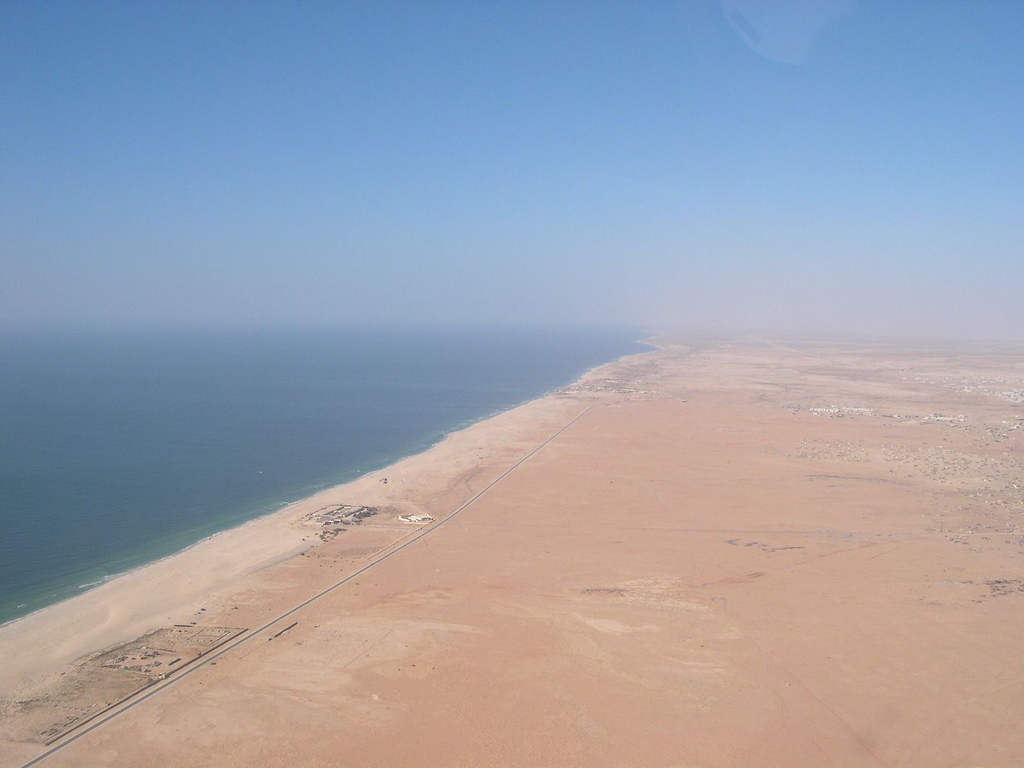 The University of California, LA mentions some genera and species of salt-loving plants (halophytes):

The genus Atriplex (Family Chenopodiaceae), saltbush, is found worldwide along saline shorelines. On the surfaces of the leaf are vesiculated trichomes (hairs). Each trichome has a stalk and a balloon-like tip, the bladder cell. The leaves use the bladder cells to excrete salt. 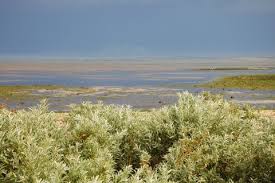 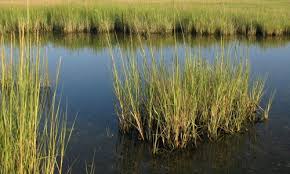 Frankenia (Family Frankeniaceae) is a genus found both in coastal salt marsh and inland saline habitats. Saltcedar (Tamarix, Family Tamaricaceae) grows around the world in arid and semiarid regions. All of these taxa have salt glands, i.e., trichomes, in which salts are accumulated and excreted.

Several common mangroves secrete salts from leaves. So much crystalline salt can occur on the leaf of black mangrove, Avicennia germinans, that it appears whitish. Aegialitis annulata is a salt-excreting mangrove of Family Plumbaginaceae, a group in which other species are salt excreters in salt marsh and oceanside (Limonium and Armeria) or have chalk glands and live in dry, alkaline habitats. 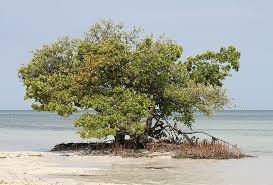 Halophytic succulence is demonstrated in many genera of plants that inhabit saline environments, such as the mud flats of coastal salt marsh, but also is commonly observed on the leading edge of vegetation on coastal beaches, i.e., in strand vegetation. Common examples of succulence can be found in Family Chenopodiaceae: Allenrolfea, Arthrocnemum, Halimione, Nitrophila, Salicornia Suaeda.

Succulence (fleshiness) also occurs in other famous and widespread species, such as Batis maritima, Sesuvium portulacastrum, Trianthema portulacastrum, and many Old World species of Zygophyllum. True succulents in the ice plant family, Aizoaceae, are also commonly found in saline habitats: Aizoon and Mesembryanthemum. By depositing salts in vacuoles, the toxicity is partitioned from the cytoplasm and organelles of the cells. As in Atriplex, salts are removed from the plant when the leaf of stem segment is shed. 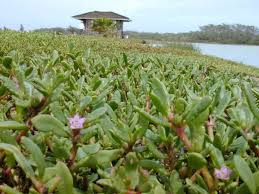 Among the halophytes, the seagrasses, which are submerged plants of shallow marine meadow, have salt tolerance, because the osmolality of cytoplasm is adjusted to match the osmolality of the seawater, so that desiccation of the plant does not occur. This contrasts the strategies of excluders and succulents, which are primarily salt avoiding mechanisms, attempts to reduce salt concentrations within the cytoplasm of photosynthetic cells.

As to why some shores may be devoid of plants, it may have to do with extreme temperatures, lack of nutrients, phytotoxic material etc.

Not the answer you're looking for? Browse other questions tagged botany salt or ask your own question.