Can anyone help me identify this plant?

I have a Chamaerops humilis in my apartment and in there is these small plants growing. I live in Denmark, Europe and my palm tree has only been inside my apartment since i got it.

Can anyone identify this plant? 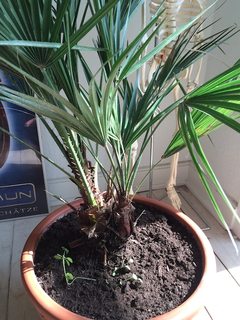 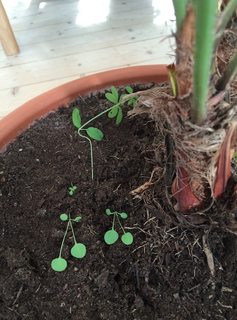 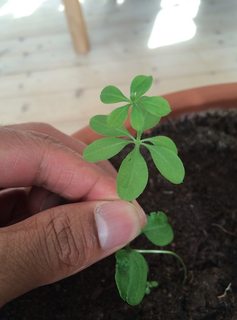 It's a bit early yet, but it looks very much like a weed known in my area as "cleavers" or "clingweed" (Galium aparine) because of it's tiny stiff hairs which make it catch and cling to clothing. The picture below is for a fully mature plant, which is stiffer and stickier than when they first sprout. Note the whorl arrangement of (usually six) leaves, with each leaf having a "point" protruding from the tip, the distrubution of hooked hairs along stem and leaf, and the initially prostrate habit (they grow along the ground initially). The mature stem will be squarish and easily crushed. 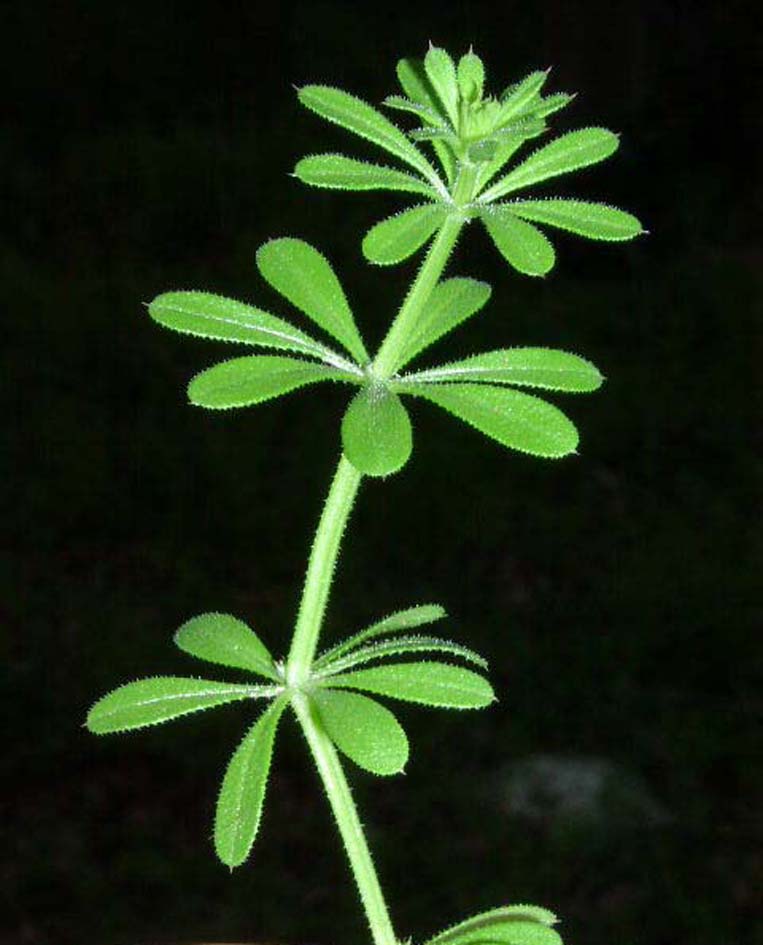 Though your plant's leaves are broader, there are ~650 species of Galium, and I believe yours will be either Galium aparine or Galium mollugo. But you'll be able to tell what it truly is when it flowers.

4
What in the world is this critter?
9
Help identify this awesome climbing plant with velcro like stem
9
Help Identifying Tree
13
What tree is this?
6
What is this fungus that is growing on my plant, and is it dangerous?
5
What are these little leaves growing on these other leaves? (plant growing near the ocean)
2
What plant have I collected?