Paracerceis sculpta is a marine isopod species known for its unusual reproductive strategy: 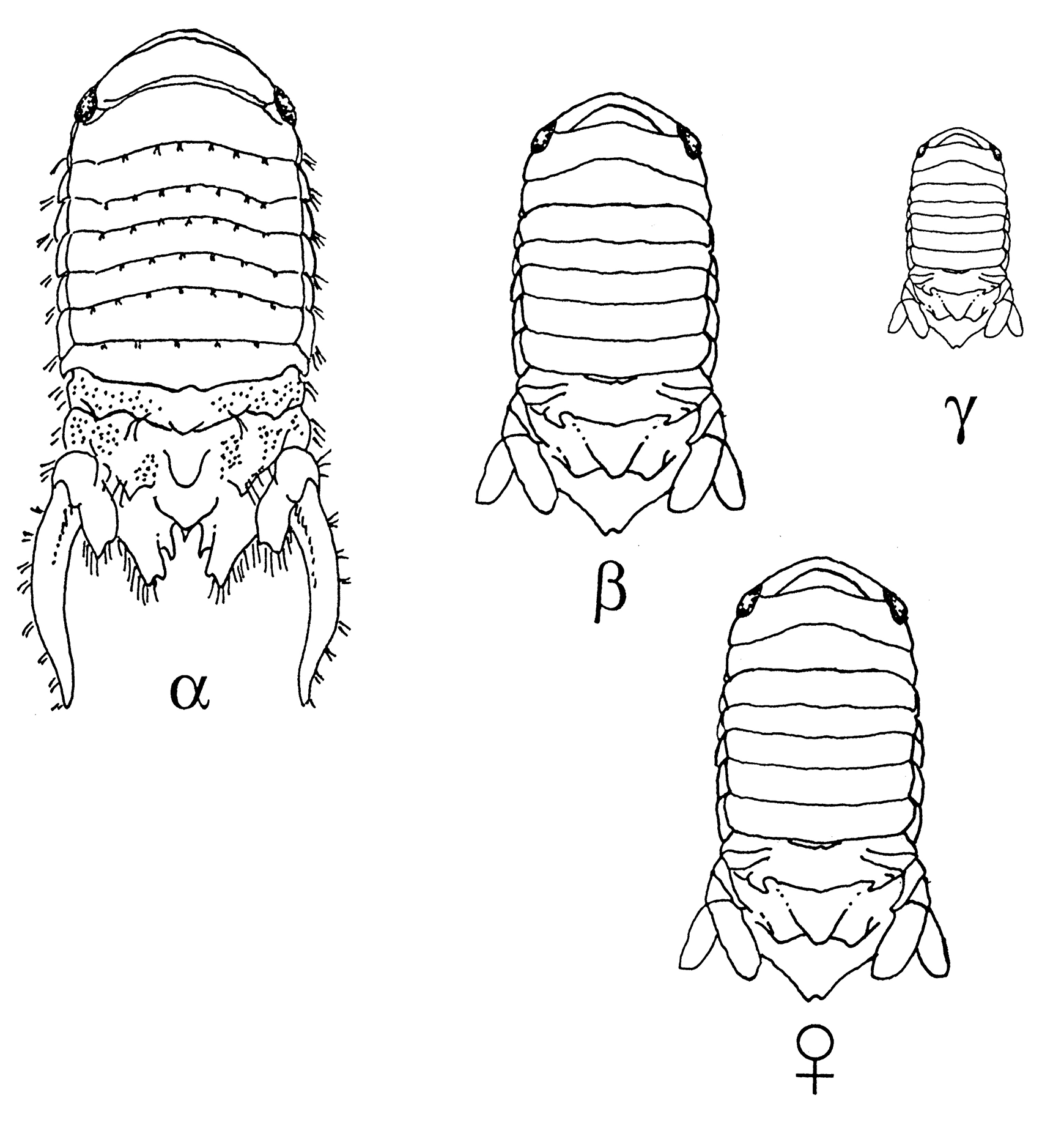 How does this 4-way sex differentiation occur? That is, what determines which of the morphs an individual develops into?

As described in this paper, the chromosomal system of sex determination in Paracerceis sculpta is ZW=females, ZZ=males. Genetic evidence indicates that the morph of a ZZ male is determined by a second locus, Ams (alternative mating strategy) which exists in three allelic forms whose dominance relationship is Amsβ > Amsγ > Amsα. So for example, to be an α type male, an individual must be ZZ Amsα / Amsα.

That's the end of the answer, what follows is supplementary information.

The paper also describes an additional layer of complexity in the sex-determining system of P. sculpta involving sex changes in both directions. This is explained by a model in terms of two other factors: an autosomal locus Tfr (transformer) and a cytoplasmic factor ECF (extra-chromosomal factor) which interact as shown in the Table below (taken from the paper). However, this doesn't really add anything to the Ams story as far as male morphs are concerned, except that some of them start as females. 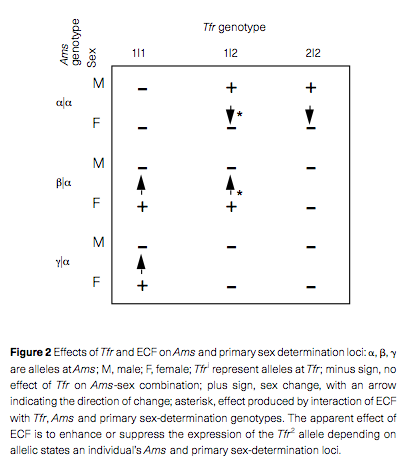 5
How does Artificial Selection work?
10
How does plant grafting work?
2
How do fully dioecious plants determine sex?
9
How and when did sex evolve?
2
How can I determine the sex of a tree seedling?
17
Why does sex last so long?
15
Is female the default sex in humans?
39
How does a baby deer stand the day it's born?
1
Why does cell differentiation start with the morula?
0
How does X chromosome monosomy occur